Control relay with both Arduino and DAQ at the same time

I want to control a relay with both Arduino and DAQ. Arduino is used as an embedded device for the control, while the DAQ is hooked up with a computer and performs the control with a user interface. Here is below a schematic of the circuit wiring for the control: 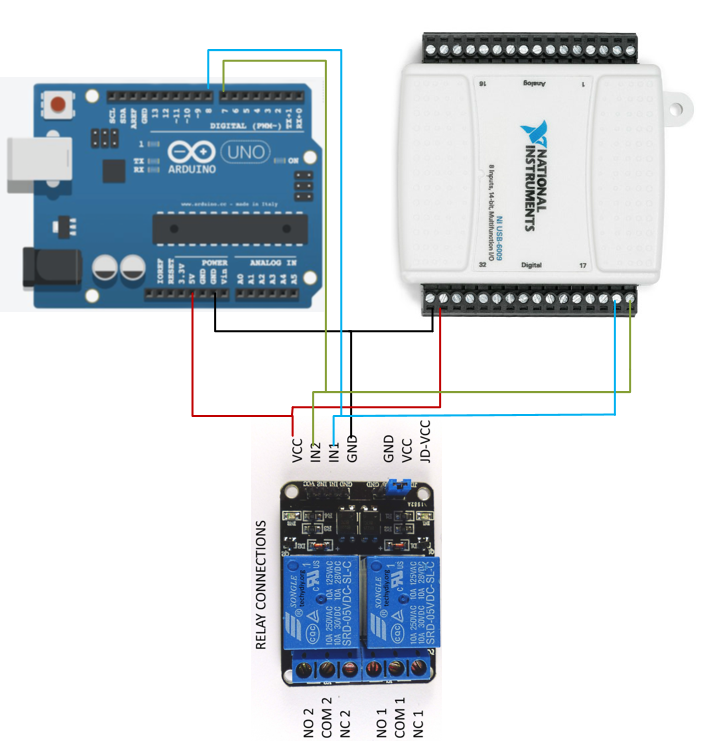 The two signal pins of the relay are connected with the digital pins of Arduino and DAQ. For some reasons, when Arduino comes into play, the control via DAQ cannot be achieved. If only Arduino or DAQ is connected to the relay, there is no problems with the control.

My plan here is, mstly, to let Arduino to instruct some tasks. In some special cases, I want to have the control with DAQ. Anyone can debug my circuit above? Thanks!

I guess, that you drive the digital pin of the Arduino directly with digitalWrite() for HIGH and LOW and that the DAQ does the same (I didn't researched this).

In that case your circuit is dangerous for the devices. As long, as they both output the same, everything is ok. But take the case, that the Arduino is driving it's pin HIGH, while the DAQ driving it LOW. That would be a short through the pin driving circuit's of both devices and most likely the flowing current will exceed the maximum current rating of the pin. This can fry the involved pins hardware or even the complete devices. You get some kind of race condition here: The device, that can handle drain/source more current will be the winner.

In general you have to implement rules, how the devices should work together. Do you need the actions from the DAQ to be executed no matter what the Arduino does? Or should the Arduino be the master here? Or something inbetween? It is not clear, what do you need here.

I will give you 2 suggestions about possible ways: 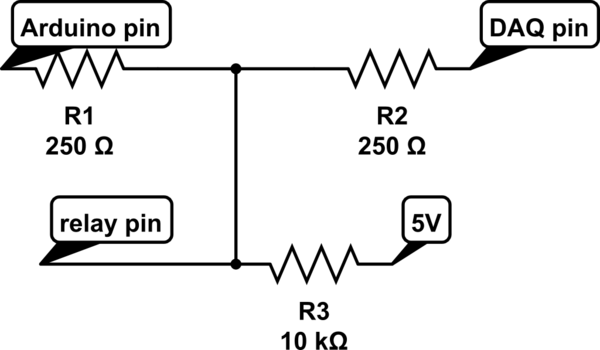 If the DAQ cannot put it's pins to high impedance, you can setup that circuit yourself with a single MOSFET: 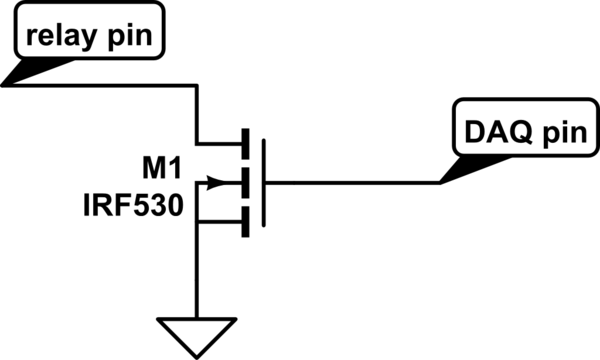 If you use this circuit on both devices, you don't need the small resistors anymore.

The second possibility already implements a specific logic. You need to decide if this logic is good for you. You can invert it's logic (idle state LOW). Personally I would go with the first option, because it is easier and more flexible.