Newbie wiring question. I’m building a lightwand of some sort, involving an RGB LED and a few pushbuttons that I want to wave around (the “remote”), while staying connected over ~0.5 - 3m to an Uno (the “head”).

In a portable incarnation, the remote might be on your finger and the battery-operated head in your backpack. I’m hoping to use stranded CAT5 for the connection between them (“the bridge”) — it’s the right number of conductors, good flexibility, I have lots of it.

My question is: how should I best mate the CAT5 to both ends — pins on the Arduino at the head, and pins or bare wire off my LED and switches at the remote?

At the head, I like the idea of an RJ45 jack (“NOT ETHERNET”), both for modularity and as I’m a bit worried about strain on the cable pulling wires out of Arduino pins. (The jack basically gives me a good interface at the enclosure level.) I could get an RJ45-to-wiring-terminal-block, and then run solid jumpers from the block to the pins, but they’re expensive. I could try a keystone jack and just try using solid jumpers rather than more CAT5 going between the jack’s wire-breakout and the Arduino board — but I worry the jumpers won’t be the right “size” for the jack, and I’m worried about flimsiness. (If the entire head enclosure is in your backpack, it’s going to get jostled. I want something durable.)

I see some examples of an RJ45 jack soldered directly to a board. What sort of RJ45 is that, and could I do that and solder straight to the board pins on a cheap shield, with relatively novice soldering skills? Or is this at risk when people yank the cable inadvertently?

As I said: I’m a newbie, don’t know what’s reasonable, and keep coming up with overcomplicated architectures where the CAT5e connects to a jack to a block to jumpers to pins, etc. etc.

At the remote, I think I’m better off. Things need to be as small/portable as possible, so I think I bring the bare stranded wire out of the CAT5e onto a tiny bit of board, and just solder the strands directly to the leads coming off my buttons and LED, and wrap some tape around it, then attach the whole thing to a glove or a bracelet to keep it relatively immobile at the end of the cable. Ok or terrible?

Thanks for suggestions, directions, and other help. I’ve looked around and don’t see questions at this level of ignorance. One of the answers to this mentions that “people wire a RJ45 sock directly to an Arduino” (my head problem) but doesn't say exactly how. How can I attach sensors without a shield for a wearable project? is doing what I want, but also underspecified...

Certainly go for RJ45 sockets. Not only does it help protect the wire, but it gives you a really easy way of swapping the wire for different lengths should you want to.

You can't solder an RJ45 socket directly to a normal prototyping board. The pins aren't in the right pattern. So, you could go for something like this 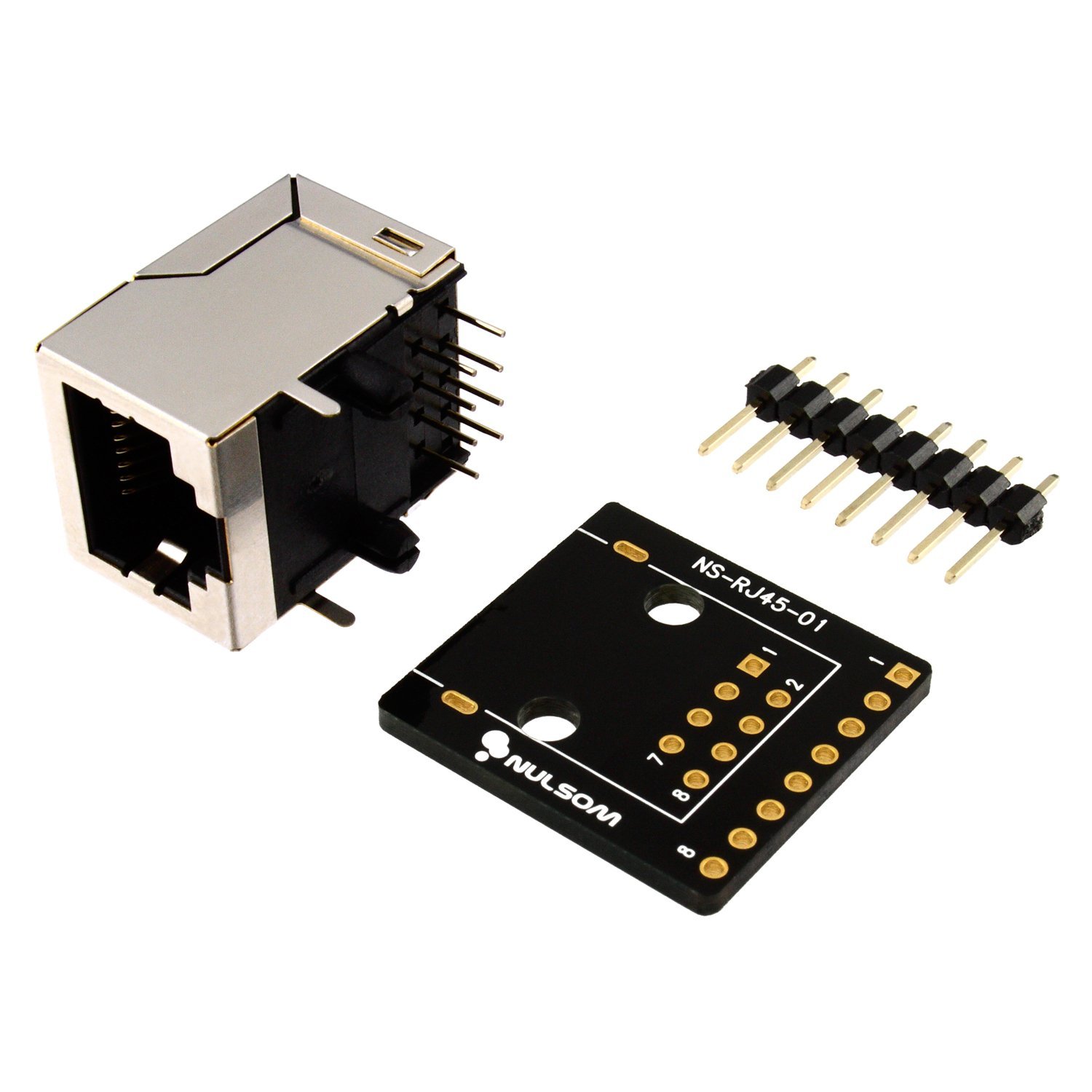 That can then either be soldered to wires or, since the pins are now in a normal 0.1" pitch, solder the whole module to a prototype board or shield.

Be sure you get a vanilla RJ45 socket, not a "MagJack", which contains extra Ethernet-specific electronics inside it.

If you do want to solder the wires directly to a PCB simply drill a couple of holes just in from one edge of the PCB, run the cable between them, and strap a cable tie around it. Here's an example: 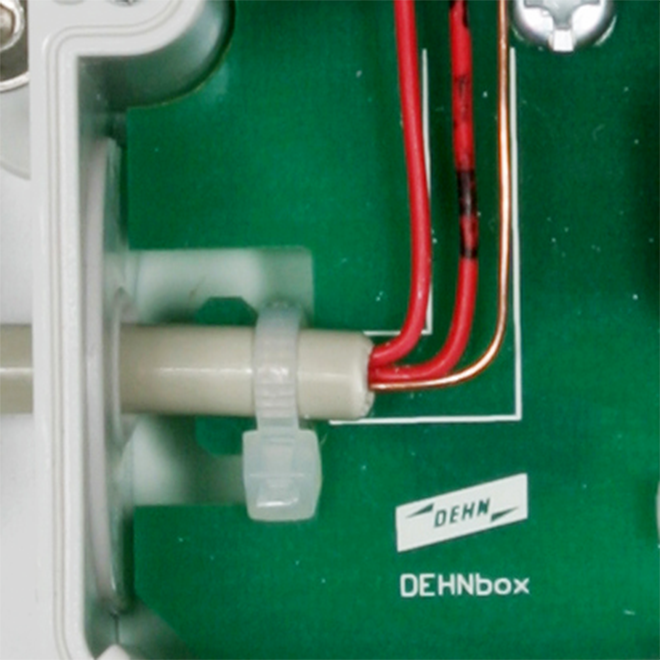 That PCB has specially shaped slots designed into it for the cable tie.

Also, for soldering, you want a good quality cable. A cheap one from eBay will most likely be made of aluminium with a thin plating (if you're lucky) of copper. A better quality one will be made entirely of copper. Aluminium cables don't solder well. Fine for crimping to an RJ45 plug, but rubbish for soldering.

Not the answer you're looking for? Browse other questions tagged pins shields wires or ask your own question.

1
Connect ethernet cable wires directly to pins
1
How can I attach sensors without a shield for a wearable project?

2
Common Wire sizes for connecting peripherals to arduino
5
Connecting an Arduino to a telephone line?
0
Connecting to Arduino Ethernet Shield
0
How can I connect more sensors when my lcd is blocking pin access?
2
Connecting LEDs and push buttons 12 feet away from Arduino UNO