There is tons of information on how IR remote controls work and how to use an Arduino to decode those signals and use any IR remote to suit your project. But I couldn't find much info about 2.4G RF remotes.

I want to control a string of addressable LEDs and cycle through different patterns using one of these 2.4G RF remotes 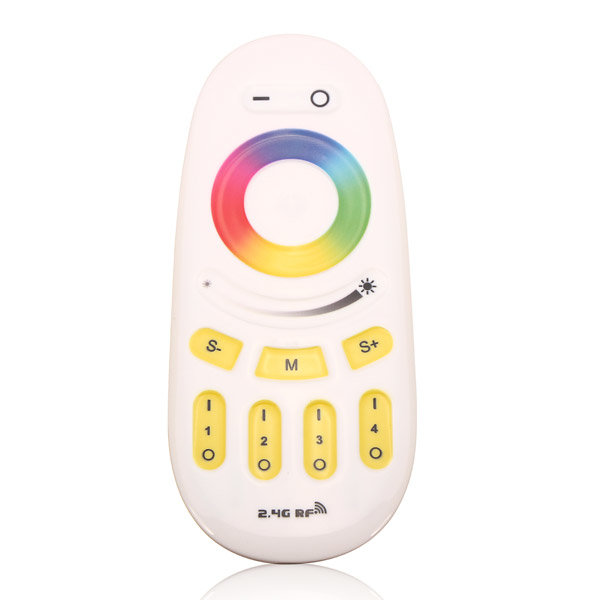 Is it possible to use these remotes with Arduino? If yes, how can I read the signals and assign tasks to different buttons on the remote?

The occasional appearance of combined MCU/radio parts prevents that approach, but often that is only used on one end of the link and the other will still have a distinct MCU and radio with an SPI bus in between.

This is heavily practiced in the radio control community, as people want to use their nice transmitters to fly cheap toys. And there is code out there to transmit compatibly with some of the odder chips like the X297, using more common ones like the NRF24L01 or its workalikes from Beken, etc.

A key advantage of SPI sniffing versus over-the-air sniffing is that the usually implemented channel-hopping doesn't mean you loose the signal ever time it moves to a new channel - and you actually get to the see the frequency registers being written. To capture a hopping scheme over the air, you would need something more like a spectrum analyzer to figure out the sequence, and then have software track the signal while you attempt to figure out the data. However, a remote which only sends occasional button presses may not use hopping in the way something sending data continuously (like an R/C set, or possibly a keyboard/mouse) would.

If it is based on the nRF24L01+ (or the nRF31512C SoC, which is a combined MCU and nRF24L01+ in one chip, and used in most wireless mice and keyboards) then it may be possible to sniff the signal. If not, you're probably not going to have much luck.

You'd be better off trying to hack the existing receiver that is paired with the remote to get usable signals out of it.

Not the answer you're looking for? Browse other questions tagged arduino-uno rf remote-control or ask your own question.

6
RF remote control using VirtualWire on ATtiny85 running at 8MHz on internal oscillator
2
How to make universal remote controller?
1
Help me restructure code for multitasking Neopixel + IR remote + arduino
0
Invoke a method in the main sketch from within a library
1
Decoding RC transmitter data
2
How to make a pairing and mode button on a remote control receiver
2
Unable to control fan with IR circuit despite capturing and reproducing the IR transmissions
1
Nikon IR remote trigger (ML-L3) emulator not working