I tried to edit the Fade sketch such that the max intensity the PWM reaches is controlled by a potentiometer. I used analogRead() on the potentiometer and converted the 10bit value to 8bit equivalent(by dividing by 4 and rounding) to feed into analogWrite. I am new to arduino and I dont know a more elegant way to do this, sorry!

I deduce that it is a mathematical error causing this loop, likely due to my poor use of the if() function. Can anyone offer me a reason for this?

*I tested with both the Uno and Nano, as well as TinkerCad simulator with similar results. 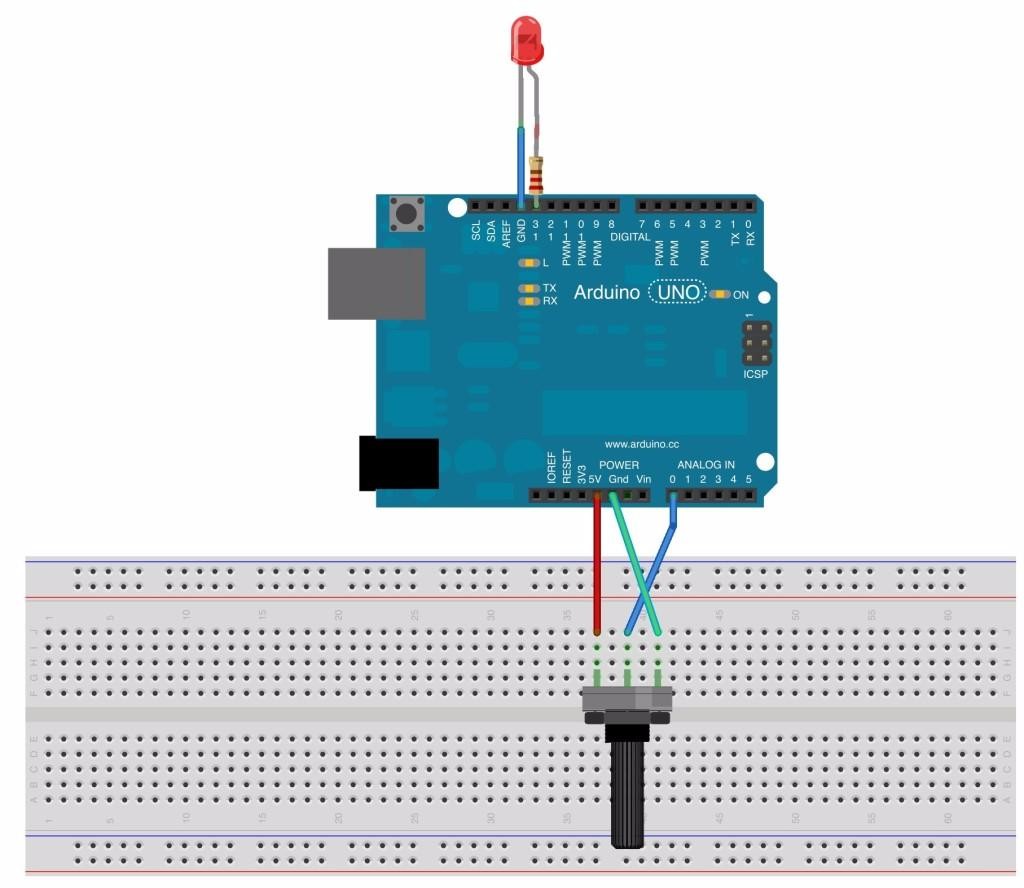 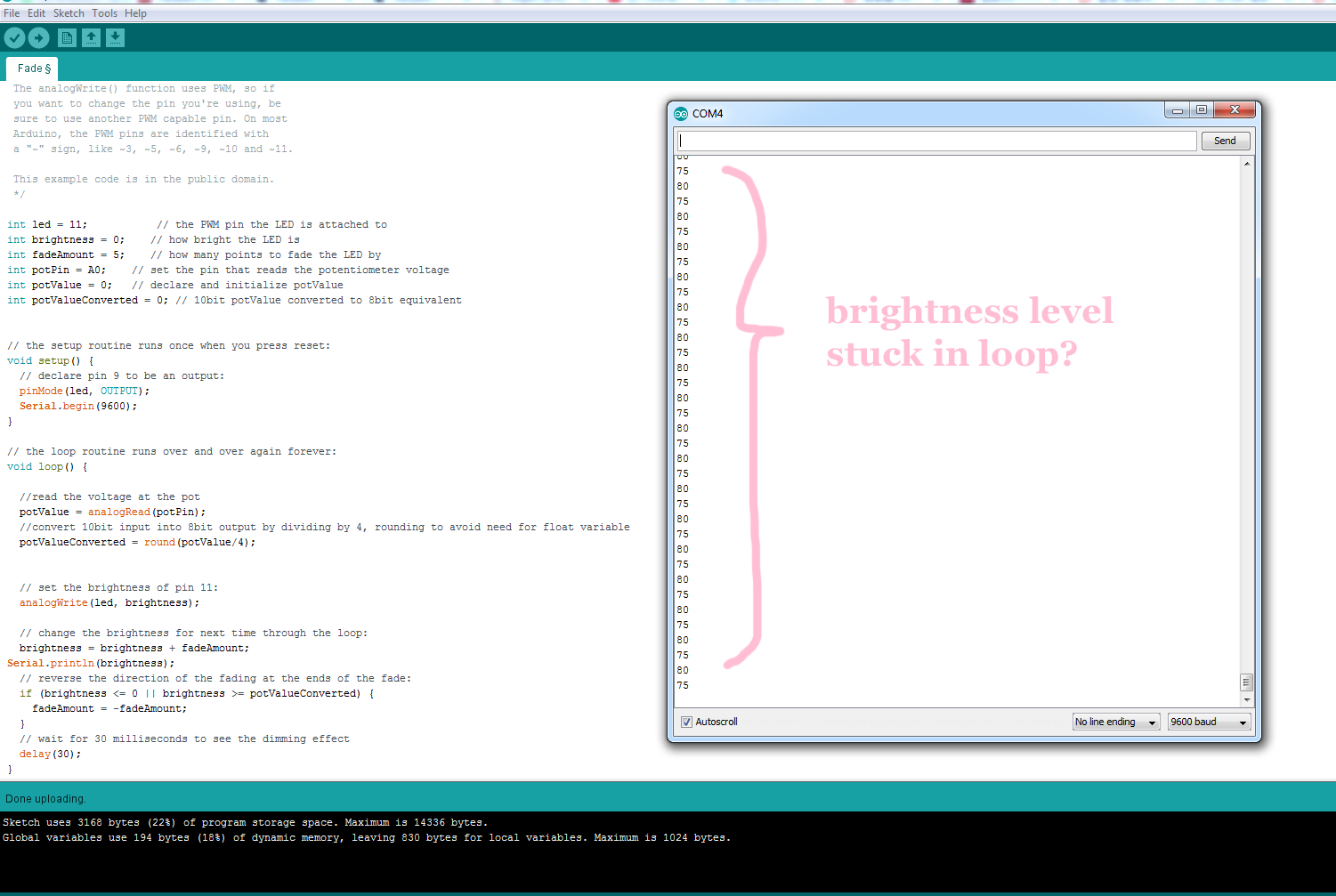 It seems like the problem occurs when brightness is a lot higher than potValueConverted.

For example, lets say our brightness=100, potValueConverted=50, this triggers the latter "if" condition, i.e.

and at the next iteration, brightness = 105 (or 95), both of which will satisfy the condition for fadeAmount to flip its polarity, thus resulting in the brightness value oscillating between 105 and 100 (or 100 and 95). This results in the LED getting stuck at the same level of brightness.

**note the +5 for the second if statement is to ensure that the brightness value does not become negative.

the LED would be stuck at a fixed level of brightness.

that's by design: think about what happens when potValueConverted is very small.

to change the brighness, I would do this:

Not the answer you're looking for? Browse other questions tagged arduino-uno serial led arduino-nano or ask your own question.

7
Watchdog timer stuck in restart loop? (green led flashing)
1
RGB fade program
1
Capacitive Sensor gets stuck
2
How to get neopixel to fade colorwipe?
1
Arduino IDE get stuck while uploading sketch
0
Analog output low voltage issue, how to troubleshoot
1
Get a LED to fade out
0
Stuck in a loop using IR Receiver
2
What is “tws_delay” and how can I use it? (with an ATTiny85)