Where are these capacitors on the arduino schematic?

My arduino has these two capacitors 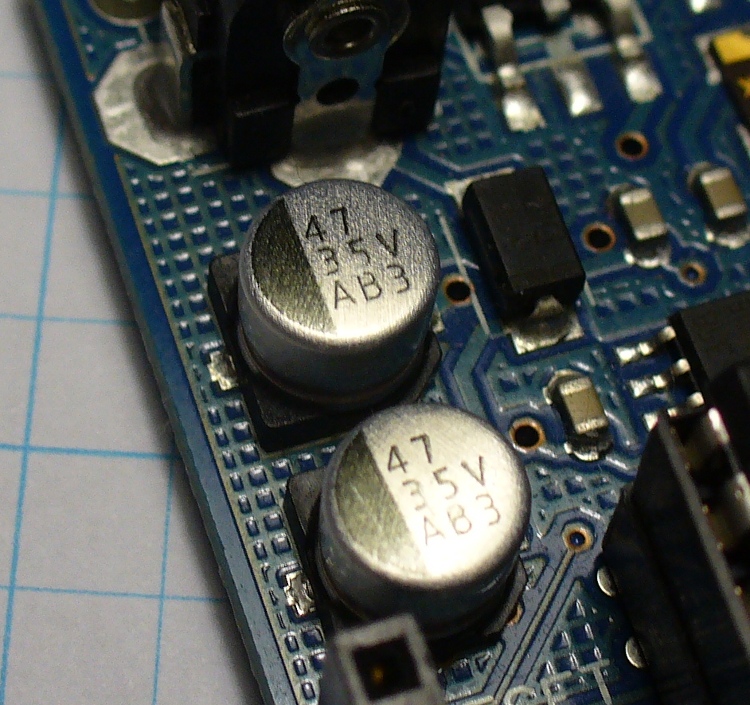 But I can't find any 47uf capacitors on the schematic. Is this not the value but instead a code? Where are these in the schematic? 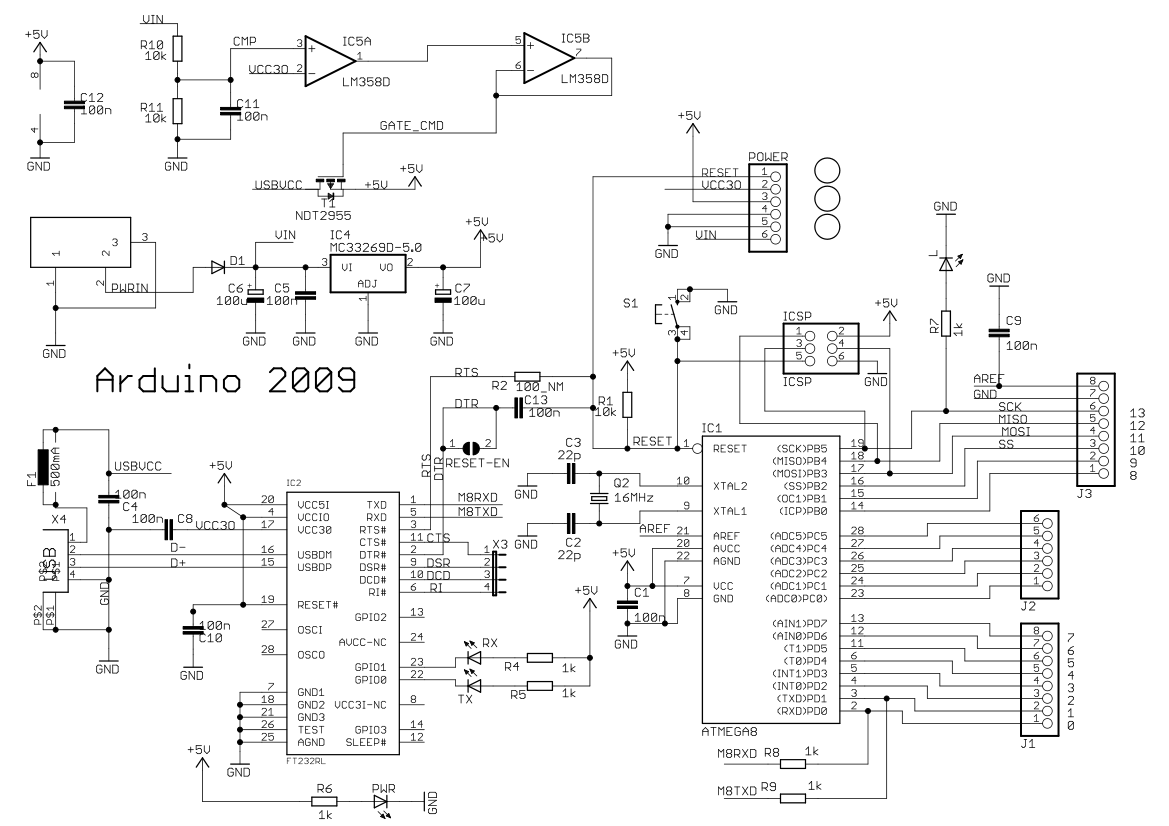 What: Looking at the schematic that you provided, it seems likely that they serve as C6 & C7.

Why: These are shown as 100 uF each and act as "filter" capacitors for IC4, the 5V regulator.
Within certain limits, such capacitors are not critical in value, and the manufacturer has probably decided that a factor of in the capacitance is probably acceptable.
They are probably correct :-).

How to check: You can check this yourself with an Ohm-meter set to the lowest Ohm range available - often = 200 Ohms max.

Turn off power to the board and leave it off for say 5 minutes to allow capacitors to discharge.
Locate I4 and find its input and output pins or tracks leading to them. You can often get ohmic connections at vias as the tracks change board layers.
IC4 pin1 will be grounded.
One lead of C6 & C7 are also grounded.
The pad you can see in your photo on the board edge side of the caaps is probably the -ve terminals (about 99%+ likely) (and they match the can markings) and the "stippled" surface is almost certainly system ground.

If you can confirm that the two caps are connected to ground as and where described above, then:

Apply Ohm meter probes between the non ground lead of a capacitor and each non-ground pin in turn of IC4. One of them will be a low resistance connection if they are C6 & C7. Check the other capacitor - it should connect to the other side of IC4.
Reversing the meter leads in each case may give somewhat different readings for non-hard-connected points but should be low and consistent for hard-connected by a track points.

4
How to power an Arduino Uno with 3 1.5V batteries?
3
Arduino PRO Mini - The pads [was “jumpers”] on the back and Low Power Consumption
0
5V power supply negative terminal connection
1
Communicating between two Arduinos wirelessly only works when both are connected to the same computer
0
Schematic interpretation, where to put resister?
0
Are any Arduino boards especially suited for low-power operation?
0
Are these relays connected correctly?
1
How to filter the power supply for an Arduino in a vehicle (car, motorcycle)?
0
Floating power supply for Arduino - Is it still connected to the USB ground?
0
Arduino MKR GSM 1400: Can I tell from code if the power has tripped