Serial read and send to UDP?

I was trying to send whatever is received from serial by udp, but it doesn't work properly. the receiver side showing number 50 51 53 ..... the result like below screenshot: 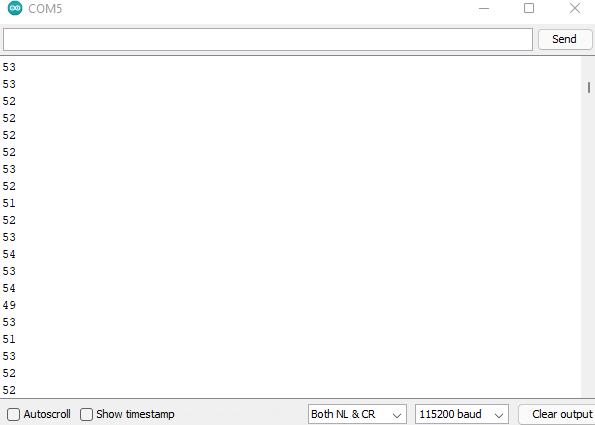 can anyone help me please to fix ?

The problem is with the different interpretations of the binary data and lies in these two lines:

What you write into the Serial Monitor is ASCII encoded text. Each byte of data corresponds to one character. If you write an a this is taken as the ASCII representation. In hexadecimal this character is 0x61 and in decimal 97. Thats the actual value that gets transmitted to the ESP over Serial. Then you read that into an integer. SO val would have the value 97. Then you use Udp.print(val). All print() functions are there for producing a human readable representation of the data, meaning ASCII encoded (Thats a standard Arduino convention). So basically you said here: "Here you have a number (integer). Print it into the UDP packet in human readable (ASCII) form." So the UDP packet now contains the ASCII string "97". You probably typed the digit 5 and then 4 a few times. Their decimal values are 53 and 52.

There probably also is a function called Udp.write(). The write() functions by convention don't change the data. They just write it without interpretation. So by using Udp.write() the actual binary value of the received data would be send and the letter a would appear as letter a in the Serial output of the receiver.

This works good as long as you only want to send single bytes in your packets. Also note, that Serial.read() will return -1 if there is no data to read in the buffer. So to handle that you need to step up the sender code: