ws2812b NeoPixel - how to address it? How Arduino knows the correct order of LEDS on the stripe?

How to get a One-Wire address of a given WS2812B pixel? I bought several of these, and I cannot make them light. On the other hand, when I connect the addressable LED strip made of these diodes, I have no problem controlling it.

Here is my set-up: 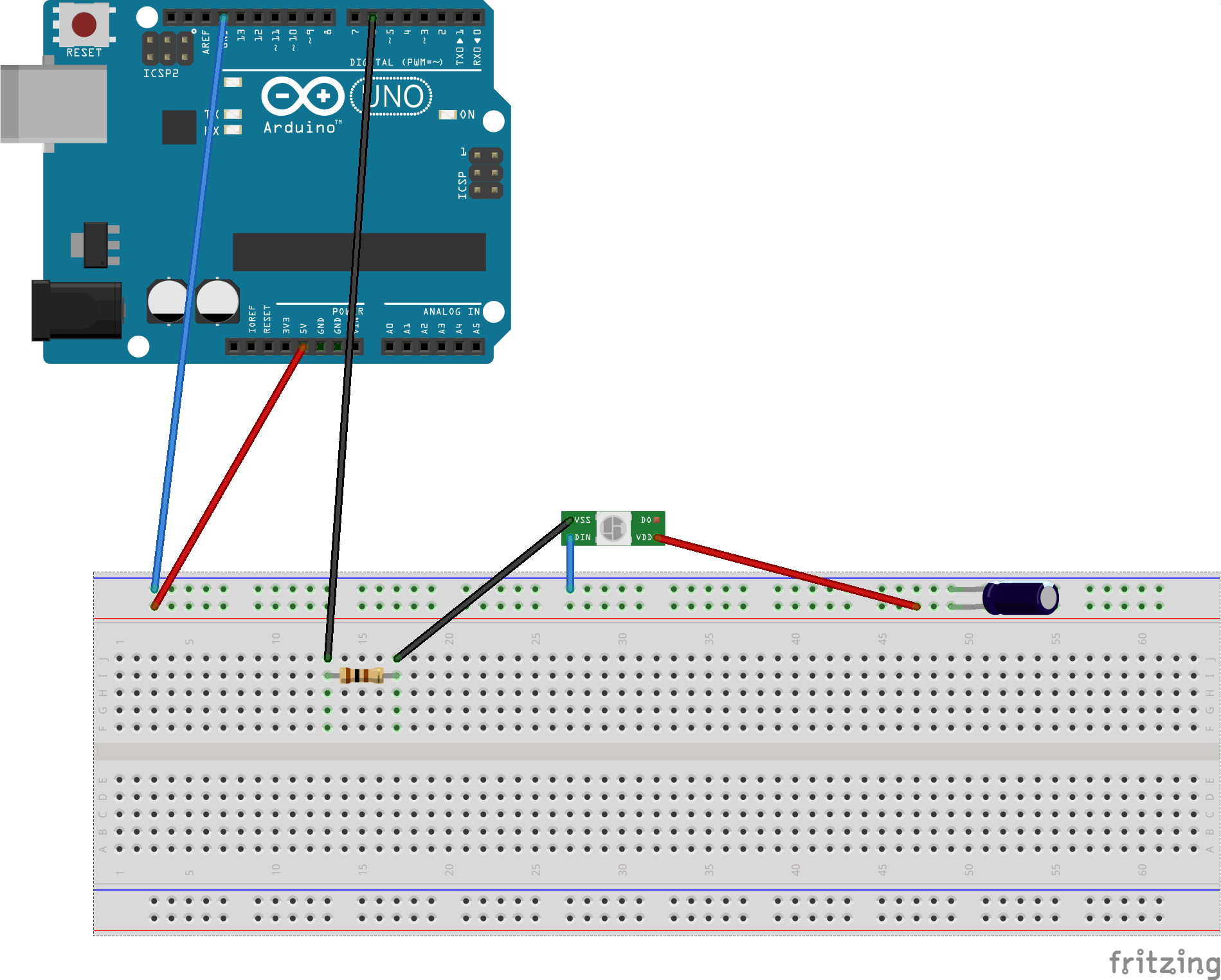 I tried many programs, e.g. AdaFruit_NeoPixel -> simple, setting number of LEDS to 1, but no effect. No blinks, nothing - as if the diodes were dead.

As long as valid bit pulses are sent to the input of one of these devices it will shift the data through it and subsequently out of its data output. Connecting this output to the input of another device will shift data into that device as well, with the latest data sent being transmitted towards the furthest device in the chain.

Since all of the devices use the same signaling (the only differences being supply level and the presence of a built-in RGB LED), they can be replaced freely with devices of the same or different make between the three.

Just one correction. The the first 24 bits of the data are shifted into the first WS2812. That device loads those 24 bits into its PWM registers. If more data is transmitted, the first WS2812 shifts that out to the following WS2812. So the first data sent stays in the first WS2812, the 2nd data stays in the 2nd WS2812, and so on. This is explained in the data sheet. Data-wise, it's a one-wire device. Power connections don't count.

Not the answer you're looking for? Browse other questions tagged led or ask your own question.

0
Lighting 5 leds…the last one lit is always dim
1
How to power both arduino and 1 color led strip from single power source
0
Arduino Mini Pro not working with my Neopixel project
1
Using an Arduino Nano, how many LEDs can I safely power?
3
Controlling 10+x 5m led strips with 10+ individual analog floor switches
1
Do I have to wire up my WS2812 LED strip in “series”, if I want to address each LED individually?
1
Blynk app, DotStar bluetooth control code help
1
Connecting 12V WS2811 RGB LEDs to Arduino Uno & 5V Power Source (Breadboard needed?)