Please let me know if i have not made myself clear or if you need more information.

We are trying to build a portable device that connects to the barcode scanner and the POS. We are using the arduino to update our database (I can use the MKR board to send a POST request with the barcode data to update our database) and in addition to this the arduino should be able to send the scanned data to POS. As of now i am connecting arduino's RX and TX pins to the FTDI board which converts UART to USB. I would like to replace this FTDI board with an interface that converts UART to "USB HID keyboard". Please let me know if more information is needed.

I would like to replace this FTDI board with an interface that converts UART to "USB HID keyboard". 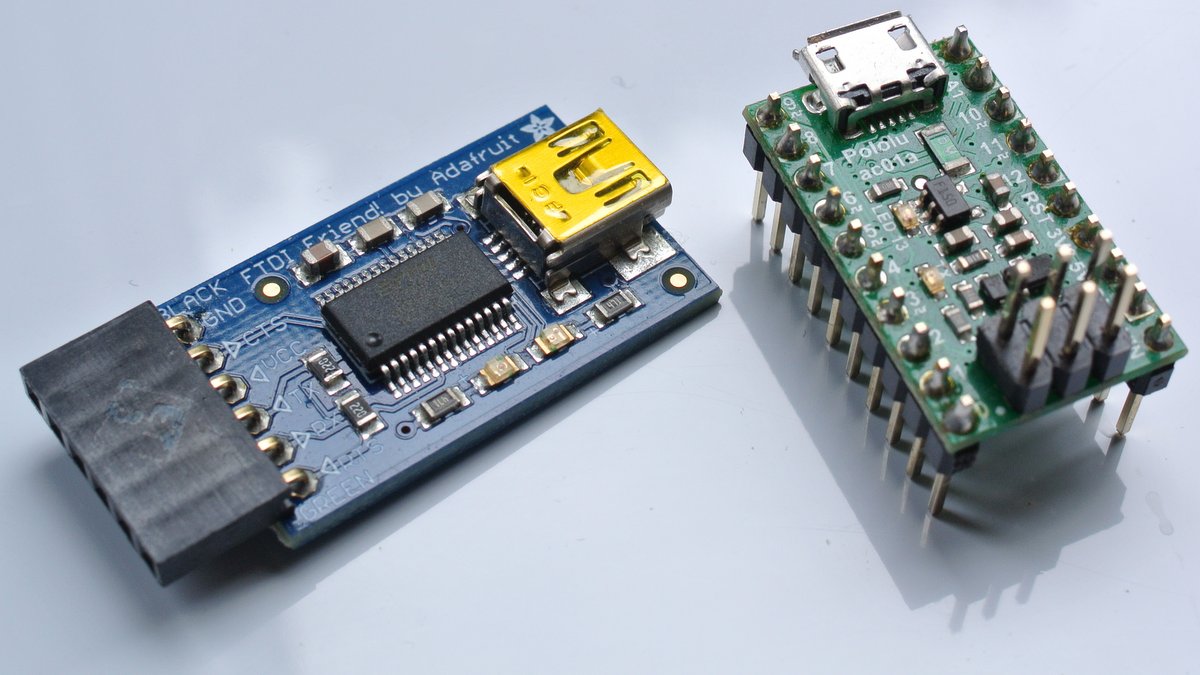 On the left is an "FTDI Friend" that converts serial to USB. It is similar to the Sparkfun product you are using.

On the right is a similar sized, similar priced, board that can read serial and can act as a USB keyboard (Implementing the appropriate HID). It's a Pololu A*Star micro but it's just one example of many similar devices. I used this one to implement a physical keyboard using mechanical switches but the input could have as easily come from it's serial interface.

Admittedly you'll have to write and upload a sketch but that ought to be relatively straightforward.

There are also smaller, potentially cheaper, boards such as the Digispark and clones that have a separate software library to implement USB HID Keyboard functionality on a very simple microcontroller like the ATtiny85.

We are trying to build a portable device that connects to the barcode scanner and the POS.

As Juraj's comment suggests, many barcode readers started out as serial devices and only later had USB-serial capability added. If you use a Barcode scanner with serial output, you probably don't need any extra hardware and can use the MKR NB 1500's USB interface to act as a keyboard device instead of as a host for the scanner.

Not the answer you're looking for? Browse other questions tagged serial usb hid or ask your own question.