Programming ATMega4809 via Atmel-ICE with Hex File from Arduino IDE - why doesn't the code loop / work?

I am programming a 40-pin ATMega4809 (datasheet) using ATMEL-ICE programmer. I'm simply using the Atmel Studio to upload a HEX file to the chip. I generate the HEX file using the Arduino IDE.

I'm using the very simple blink sample sketch with a slight modification which uses a different output pin for the LED.

I have a LED (with resistor) connected to PA6 on the ATMega4809.

I use the Export compiled binary choice in the Arduino IDE to generate the HEX file. 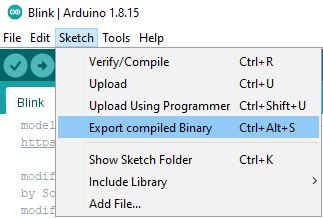 I then use Atmel Studio to upload the HEX file to the ATMega4809.

When I do, the program runs and the LED turns on.

However, I never see the LED turn off (blink).

NOTE: I know the HEX file is being properly uploaded because when I alter the program and upload different ones (turn on/turn off led) then the code does seem to either turn the LED on or off. I've also verified the code using Atmel Studio -- reading the chip's memory out to a file and doing diff.

Because of the great question asked by @Juraj I thought about how pins are mapped (and that I was probably thinking wrong about that mapping).

I searched for and found the following diagram: 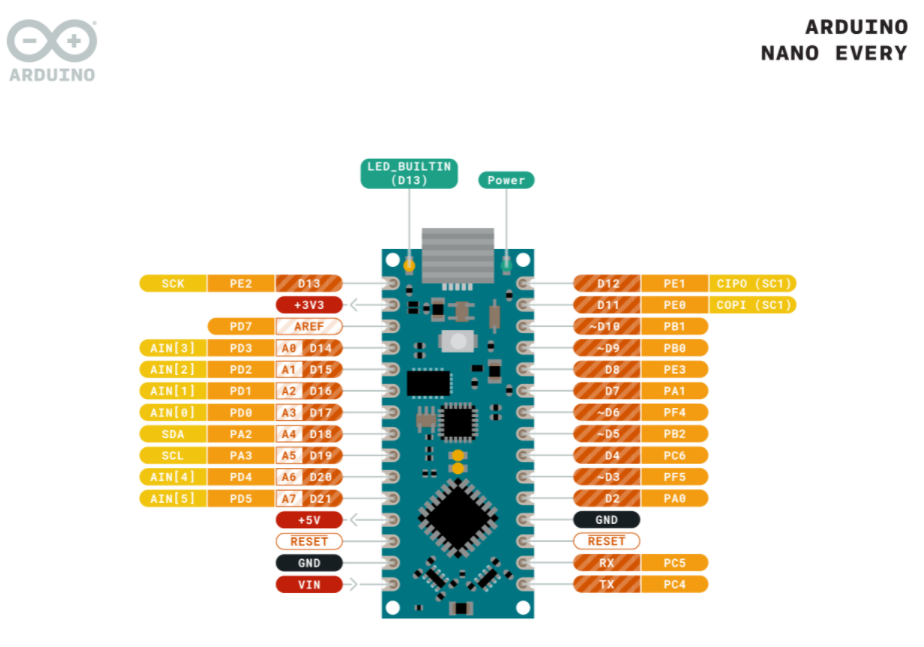 Notice that D7 is mapped to PA1

I switched the code to use Digital Pin 7 (const byte LED = 7;) I then switched the LED in the circuit to be connected (with appropriate resistor) to PA1 which is actually PIN 34 (on my ATMega4809 40 pin).

Back in the Arduino IDE I switched the board to Nano Every (which also uses the ATMega4809).

I compiled the code. Then I exported the HEX file and uploaded it to the 40 pin ATMega4809 using Atmel Studio.

With Bootloader Or Without

The first time I tried it i selected the HEX file which contains the bootloader and it didn't work. The LED didn't flash.

Did Work: Without Bootloader

I then tried uploading the HEX file which does not contain the bootloader and the LED began flashing as expected.

Solved! All because of the great question which got me thinking better. Thanks, Here's a very fast video of it in action (youtube).

Not the answer you're looking for? Browse other questions tagged arduino-mega arduino-nano atmel-studio or ask your own question.

0
How do I change fuse bits - not communicating?
0
Atmel Studio and Arduino IDE compiles the same code different
4
Can Atmel Studio 6 Simulator simulate SPI?
2
Arduino Nano nRF24L01+ DFPlayer Mini SPI Problem
1
Arduino reads string from another Arduino only if the string is in a loop why?
2
Can't Upload Sketches to Arduino Nano Every
2
ATMega4809 via Nano Every marked as 20Mhz, but does this confirm it is actually at 16Mhz?
5
Delay() and millis() functions don't work in cpp external files