Setup: I have wired up the arduino, motor and battery as shown.

Problem: The motors spin for a while but then they slow down to a stop. If I unplug the battery, wait for 5 mins or so and then reattach the battery then the motors start spinning but after a while they stop again. Now if I keep the setup the same except I unplug the battery and connect the arduino to my laptop then the laptop manages to power not only my arduino but also my motors (although they spin a little bit less faster than with the battery). And when I do it with the laptop the motors don't stop spinning. Because of this I thought my battery might be faulty so I attached a fresh 9V energiser battery. Then the same thing happens. The motors spin for a while then stop and after I plug in the battery after a while they spin again. I tried this yet again with a fresh battery and the same thing happened.

Question What could be causing this? Why are all of my batteries incapable of powering the motor steadily and why is my laptop capable of doing this?

CODE: (all this does is make both motors spin) 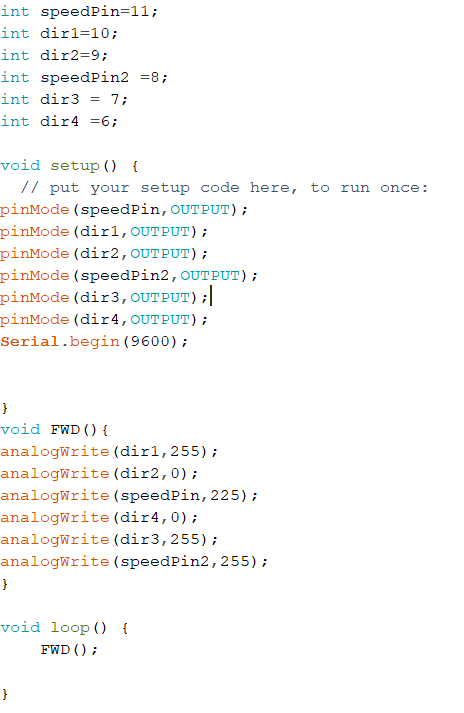 Browse other questions tagged arduino-nano or ask your own question.