DFPlayer Mini does not boot reliably after being powered down

For a low power project, I need to power up the DFPlayer Mini module, let it say something, and power it down again using an Arduino Nano (w/o power regulator and LEDs). In the idle time, the Arduino will go to deep sleep. This is to be repeated regularly, e.g. on a daily basis. However, it seems I'm not able to power the module down in the right fashion. The module is connected to the Arduino via an n-channel logic-level MOSFET (IRLZ44N), such that the Player's VCC is permanently at ~5.3 V (4x1.3 V batteries), but no current can flow through the FET's drain to ground (source) if the MOSFET is not switched on via one of the Arduinos pins on its gate. I have a pull-down resistor on the gate to prevent a floating state and a 100uF capacitor from 5V to GND, otherwise turning on the MOSFET apparently causes a current spike which can reset the Arduino. The player's RX is protected by a 1k resistor as described in several tutorials. 5.3 V is not exactly within the specs of the player, but it doesn't seem to be the issue, as the following code works in the sense that the player does its job consistently fine in the first iteration of the loop but then fails every time afterwards.

I also managed to obtain some delay settings via trial and error such that sometimes it would play another track, but this was very unstable. As you can see, I have a lot of delays, which makes me unhappy. I suspect that the error lies somewhere within the part which powers down the DFPlayer mini module. Can someone give me a hint what I'm doing wrong? 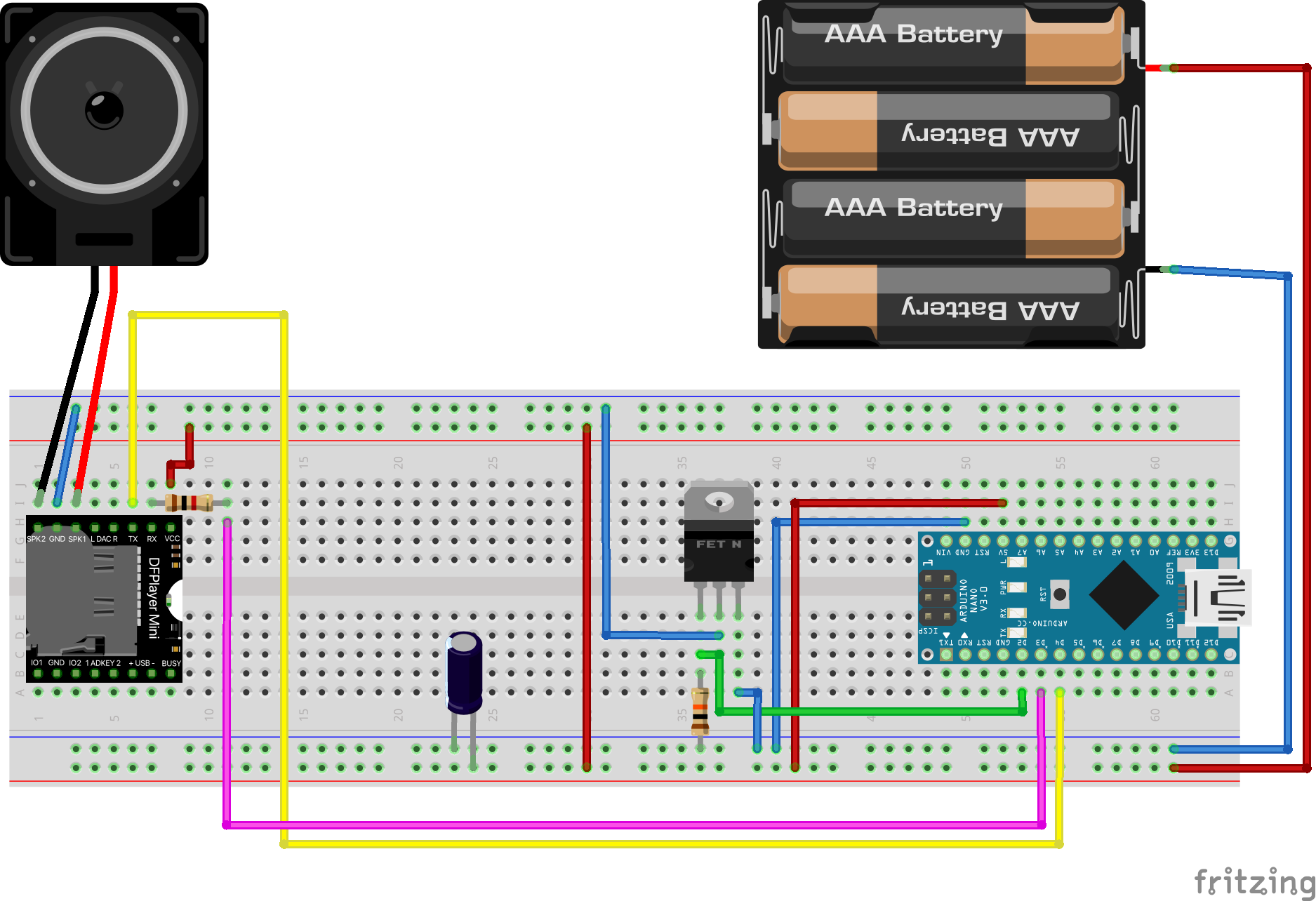 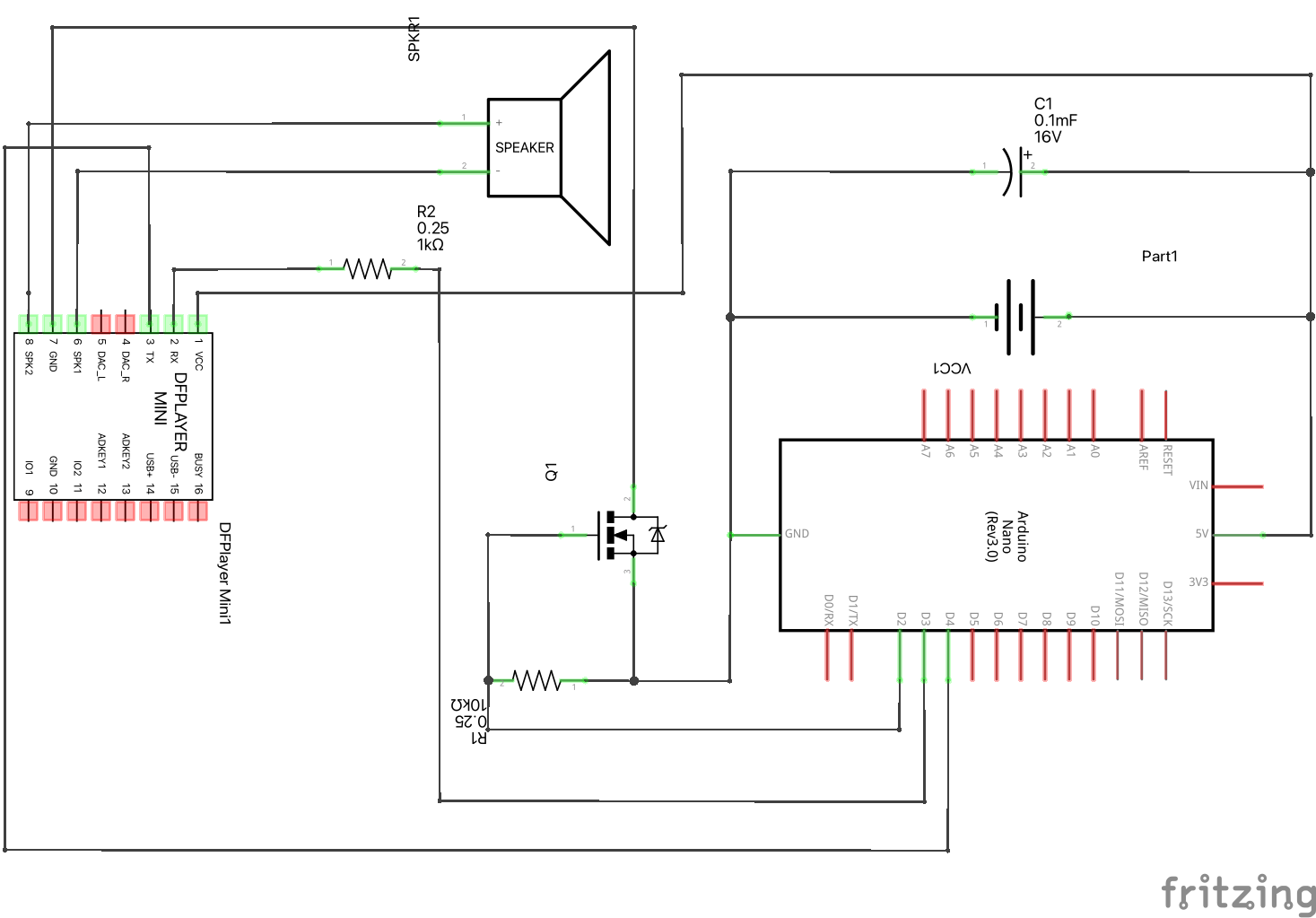 On the breadboard, the top blue rail doesn't have a connection to the bottom blue rail. In the schematic, the GND pin on the DFPLAYER MINI is not connected to anything.

Not the answer you're looking for? Browse other questions tagged arduino-nano mosfet or ask your own question.

2
Arduino Nano nRF24L01+ DFPlayer Mini SPI Problem
1
Does the reset button work when not powered?
0
`.readFileCounts()` not working on DFPlayer mini module
2
Arduino does not boot when SPI lines are loaded