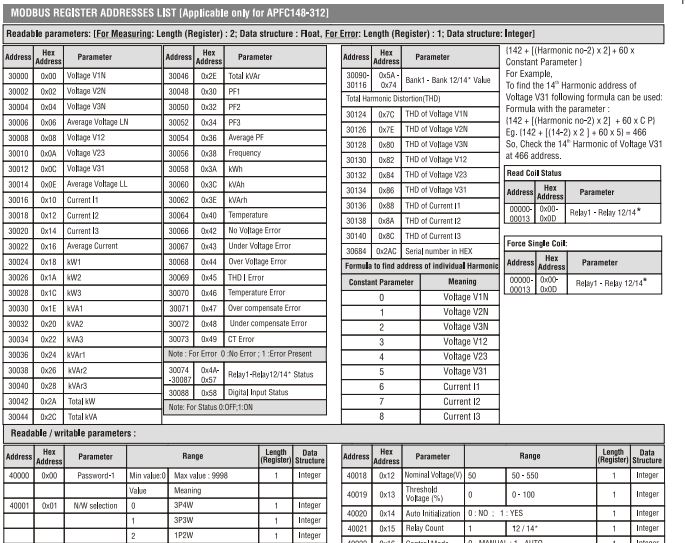 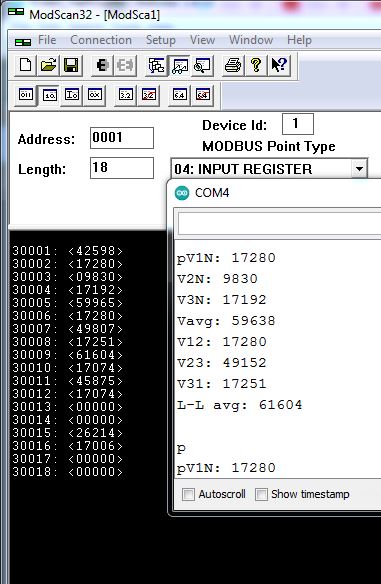 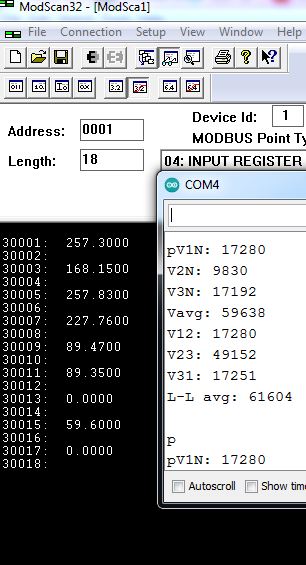 Hi,am trying to communicate with power-factor controller [Selec APFC 148-312] using modbus RTU,am following example sketch from modbusmaster library. am able to get the raw data from the instrument but data structure seems to be in decimal format, can someone help me to convert this into float.thank you

I'm not sure this can really be considered topical, but someone wanting to read floating point numbers over MODBUS with an Arduino might get something out of it. Also I have no way to test this really. But here goes:

A function like this would allow you to extract your 32-bit float data from your separate 16-bit MODBUS register reads:

There are lots of ways you could do this. This code assumes that the float type's endian matches the uint32_t type's endian, and that float is 32-bit, which is common but not strictly standard.

Running this on 17280 and 9830 gives 256.3 (rounded), which doesn't perfectly match other output, but I suspect that's just because the reading is varying.

Not the answer you're looking for? Browse other questions tagged rs485 modbus or ask your own question.