I want to rewire a battery powered LED strip (as shown in the picture below) to power via an ESP32's GPIO pin. I have a ESP32 NodeMCU Development Board, powered via USB.

The LED strip has specified 3,2V/20mA for the 100 LEDs. It originally uses three AA batteries. From what I've gathered the ESP32 should have a max current output of 40mA.

Other than the LED strip, the ESP32 uses WiFi and addresses a DHT22.

The goal would be to turn the LEDs on/off via a GPIO, for example: 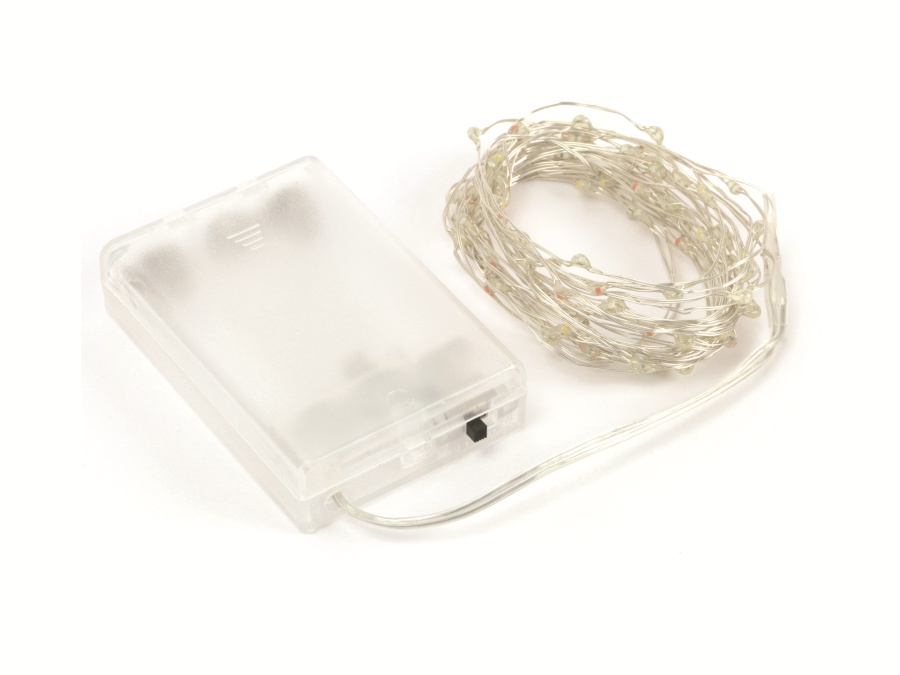 Would it be safe to power the LED strip via a GPIO pin?

Quick answer is probably not. Why? The numbers don't add up:

Most common LED’s require a forward operating voltage of between approximately 1.2 to 3.6 volts with a forward current rating of about 10 to 30 mA, with 12 to 20 mA being the most common range.

(Actually there are low current LED on the market now that only need about 3mA to operate. Let us assume this is what you have for our calculations.)

So, given the above is true, and if your string of LEDs were all in parallel and had average specifications, we calculate the current and voltage of the string of 100 LEDs:

(Note: When designing with LED you should always refer to that LED's specification. The above 30mA and 2 Volts is only a guess.)

So, even if your LEDs are of the low current type, you can see a string of 100 such LED in parallel exceeds the initial expected current for the entire string of 100 LEDs.

Ah! Bigclivedotcom gives us some insight in his 2017 youtube video about repairing several variations of low voltage LED strings. The 3 different strings he uses in his video address how these LED strings can be made such that different voltage and current sources can be used to power them.

In conclusion it is likely your string of LED will require more current to power then a GPIO pin who's maximum current rating is only 40mA can provide safely.

Not the answer you're looking for? Browse other questions tagged led esp32 pins current led-strip or ask your own question.

1
ULN2803 and common-anode RGB strip; how am I doing it wrong?
1
DigitalWrite Cannot Power HC-06 Bluetooth
1
Do I have to wire up my WS2812 LED strip in "series", if I want to address each LED individually?
2
WS2812B LED strip + Arduino First Pixel keeps dying/breaking
13
Addressable RGB strip works fine individually but cannot set all LEDs to full white
2
WS2812B Power Supply
1
max wattage LED for esp32
0
Is it safe to power multiple ESP32-CAM circuits from the same battery output?