Accessing Physical Pins in Arduino Due from Arduino IDE

It is possible to access the Physical Pin 93, Pin PC11 on ATSAM3X8E in Arduino Due from the Arduino IDE?

I am programming a Barebone ATSAM3X8E, and it do not seems to be allocated by Arduino Due nor by ATSAM3X8E for any other purpose than the PC Port. 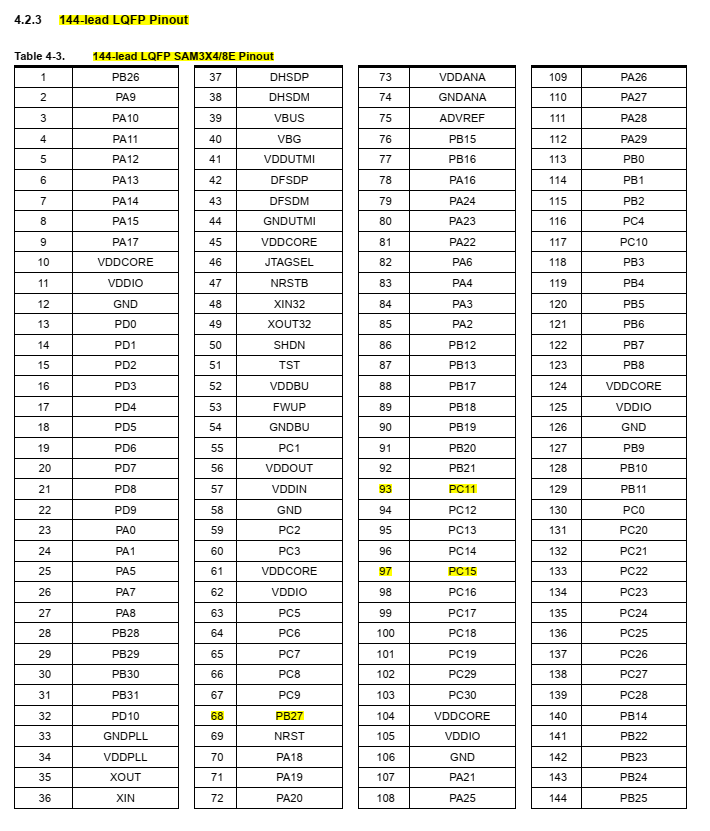 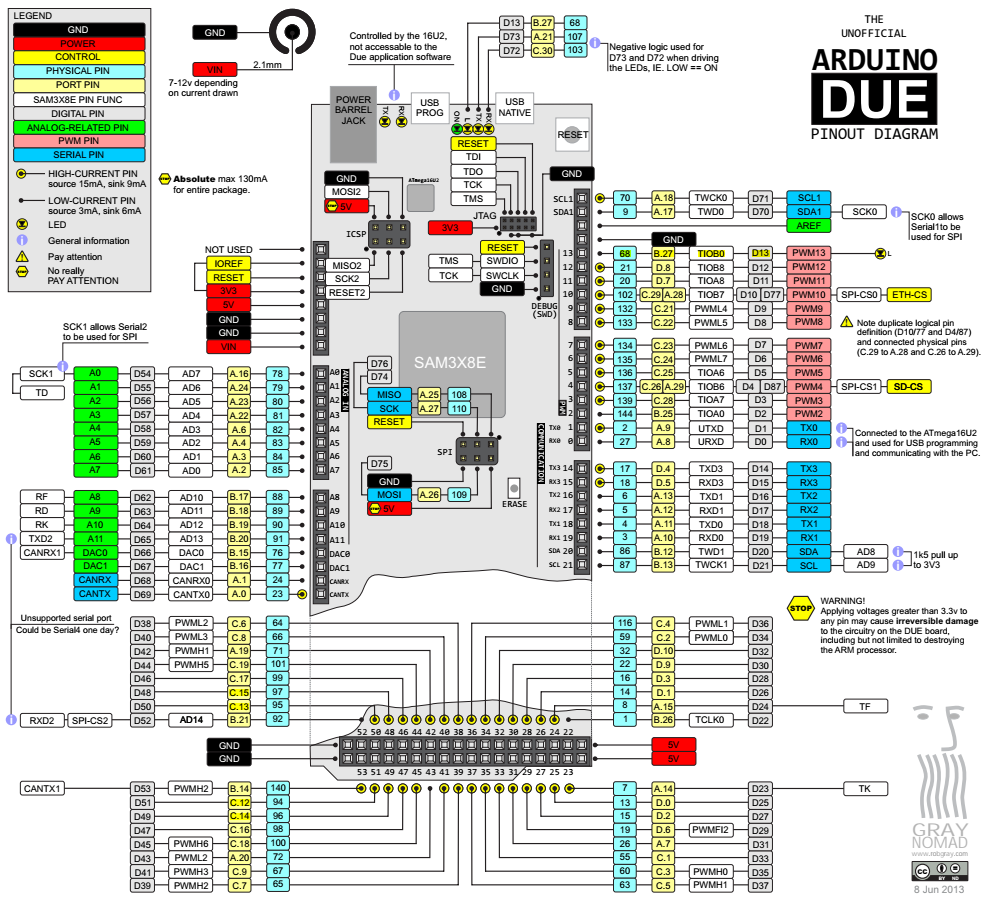 If you wanted to do it in an Arduino-like way it would require editing the Arduino Due variant.cpp or copying the making your own variant, say from a copy of the Due, and editing the extern const PinDescription g_APinDescription[] array to include an entry that matches for PC11.

As an experiment I made the following changes to files in the packages/arduino/hardware/sam/1.6.12/variants/arduino_due_x under the arduino15 directory.

In variant.cpp, an entry for in the g_APinDescription array is insert an index number 79, between the existing two entries (shown for context):

In variant.h, PINS_COUNT changes to 80u, because we've inserted the pin:

and later in the file the pin number associate with CAN are bumped up by one also because they're all numbered after the point of insertion:

I programmed a sketch the blinks PC11 by way of digitalWrite(79, state); and carefully placed a logic probe on the the unrouted pin on the Due board, and it "blinks" just fine. That's as far as I've tested.

Alternately you could control the pin in your code manually, doing what digitalWrite or digitalRead would normally do. In other words, you could read the description of something like digitalWrite here and substitute all of the references that it would have gotten from g_APinDescription with hard-coded values.

Not the answer you're looking for? Browse other questions tagged pins pinmode or ask your own question.

7
Adding a custom board to the Arduino IDE

1
Reading/writing to Arduino GPIO pins from raw C code
1
Arduino Due Pinout with Explanations?
0
Why all unset pins of my Arduino Uno are outputting 2 volts?
2
Adding slave device to Arduino Uno-SPI | Configuring pins
1
Can any Arduino Due pin be used for PWM?
0
Can you current-limit Arduino 101 GPIO pins?
0
Arduino Due Digital Inputs without Response
1
Multiple variant.cpp entries for same physical pin
1
Arduino Nano use SPI pins as I/O pins? and still be able to do ISP?