LEDs not lighting up even though current is flowing through them, problem with ground?

I'm using a 74HC595N shift register to light up 8 LEDs but for some reason they won't turn on even though current is flowing through all of them. I provided an image of my circuit below, there is a test LED for checking current flow: 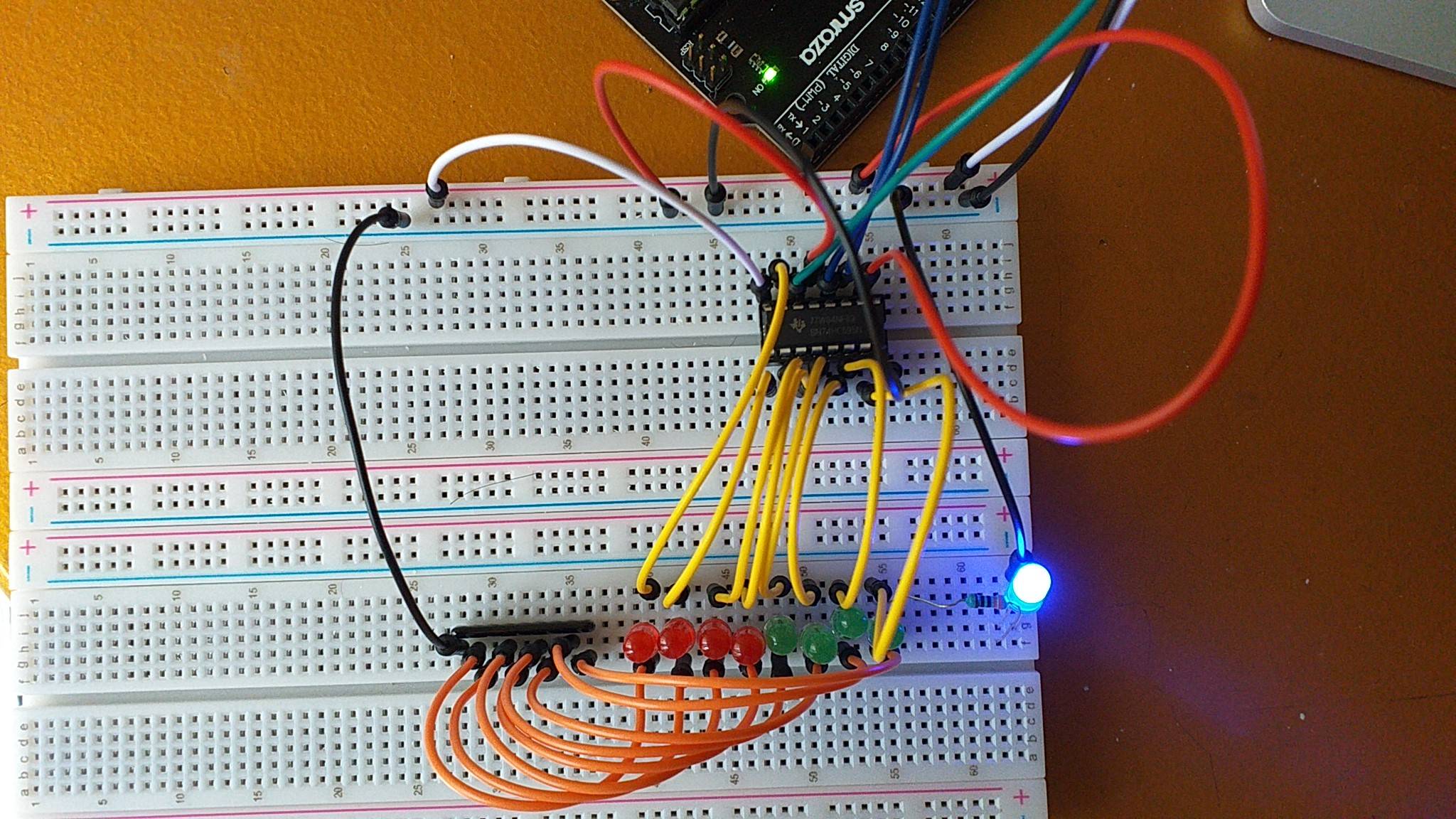 I am using a 9A103G resistor network to connect all the LEDs to a common ground. I have tried this with 8 individual 330 ohm resistors in the past but the result is the same, and every time the problem was with the ground wire, current is not flowing through it even though all the resistors I've used showed that current was flowing through them (see below): 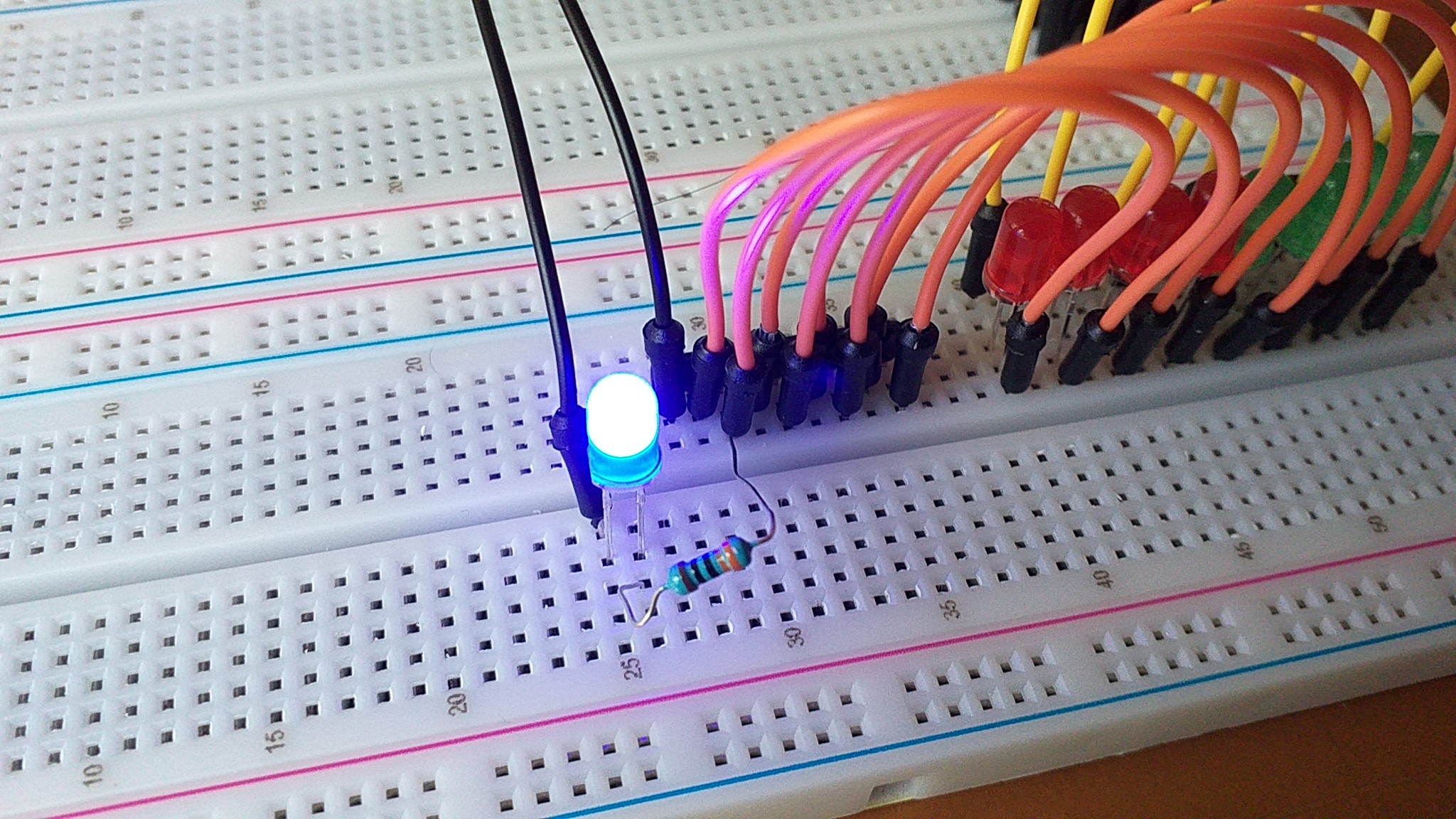 The following image shows the same test LED not lighting up when connected to the common ground pin of the resistor network: 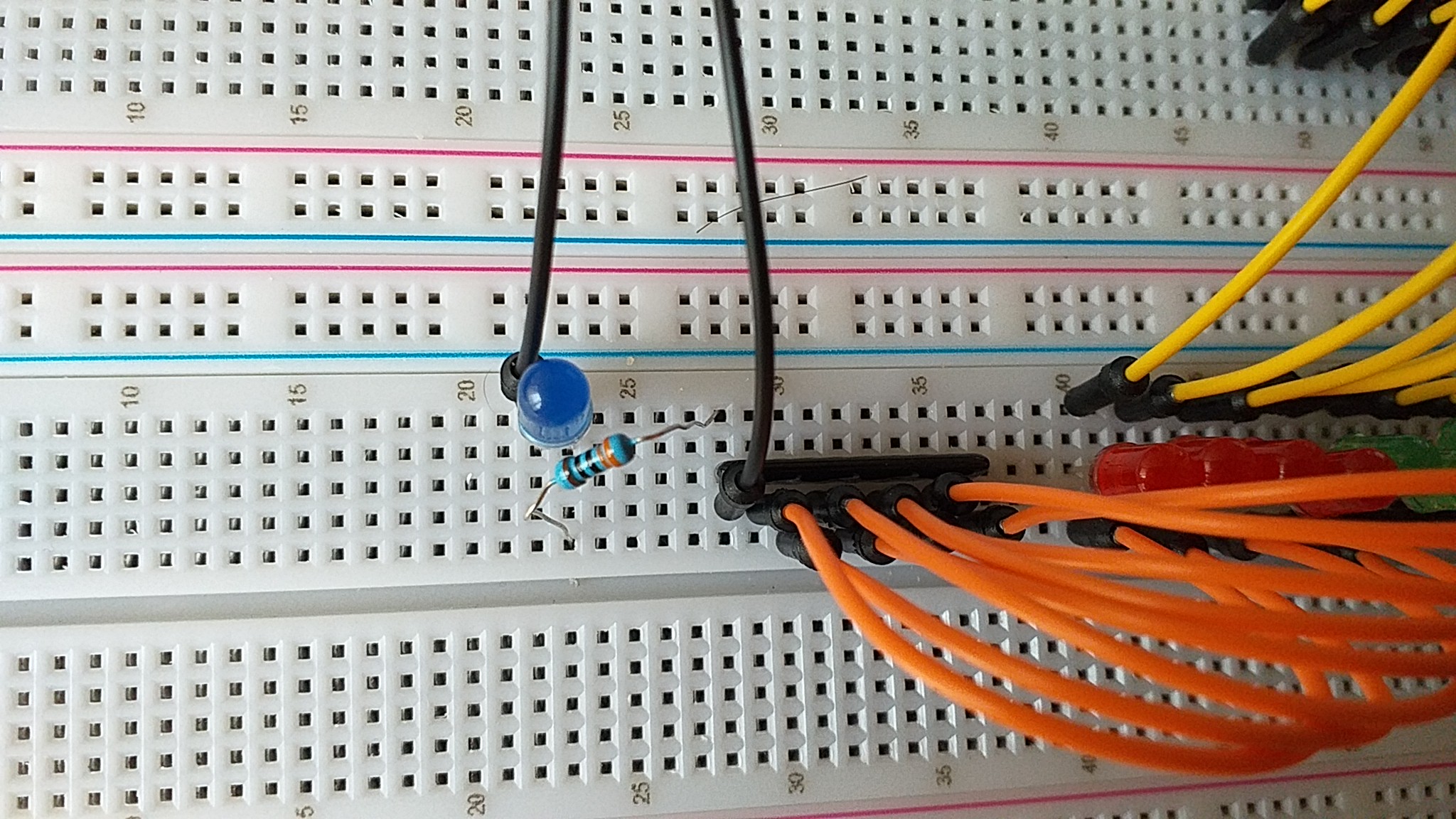 I could use some help fixing this issue because it is preventing me from using shift registers for future projects (this only happens when I use shift registers) - I would like to know what is causing this problem so I can avoid it later on. Thanks in advance!

(Just to illustrate what Majenko is saying.)

This is the inside of a breadboard: 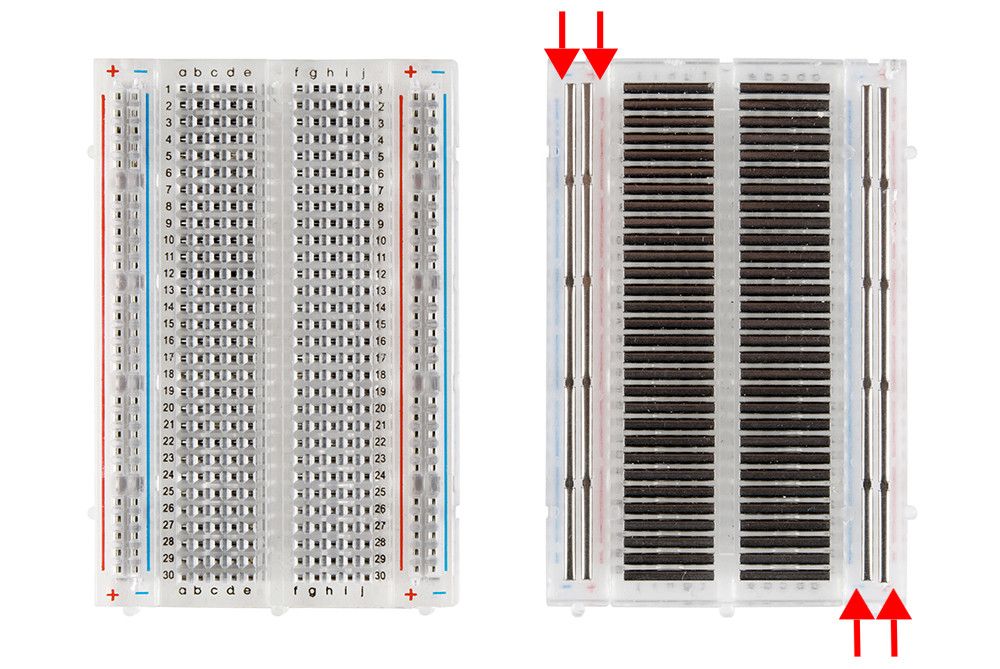 All your connections are on one side of that; you've tied everything to a single point.

Not the answer you're looking for? Browse other questions tagged arduino-uno led current resistor shift-register or ask your own question.

0
LED Cube lighting wrong LEDs randomly
21
Can two LEDs attached to different pins share their resistor?
0
Lighting 5 leds...the last one lit is always dim
0
Arduino on attiny85 driving 4-digit 7-segment using two 74HC595N shift register not alternating fast enough
0
Driving multiple LED arrays with shift registers
0
Arduino, 74HC595N, magic
0
Why have resistor at end of circuit cycle if GND dissipates final energy?
1
Formula for current through shift register
1
In a circuit with a switch and a pull-down resistor, why does the high impedance of the input not discourage current from flowing into pin?
0
595 Shift Register Not Working Properly