I am trying to have a 2way serial communication between LabVIEW and Arduino. I tried to make a basic program to grasp the concept but it does not seem to work.

Here, my LabVIEW program has 2 double variables which I put in numbers (they will later be cast to an int). Then, it is put into an array and converted to a comma-separated integer string. This is then written to the VISA port.

On the Arduino side, the serial port is read using the serial.parseInt function. Then the int is then converted into a 2-byte array which is then written to the serial port.

This is then read by the LabVIEW with VISA read and the string is converted to a byte array and reconstructed into an I16 integer.

Currently, the results are as follows: The sent number are 80 and 80 and after being received by the Arduino and relayed back, the results displayed is 6961 as a string and 26977 in int form.

The arduino program works with the serial monitor where if the number 19789 was put in, it would output MM. 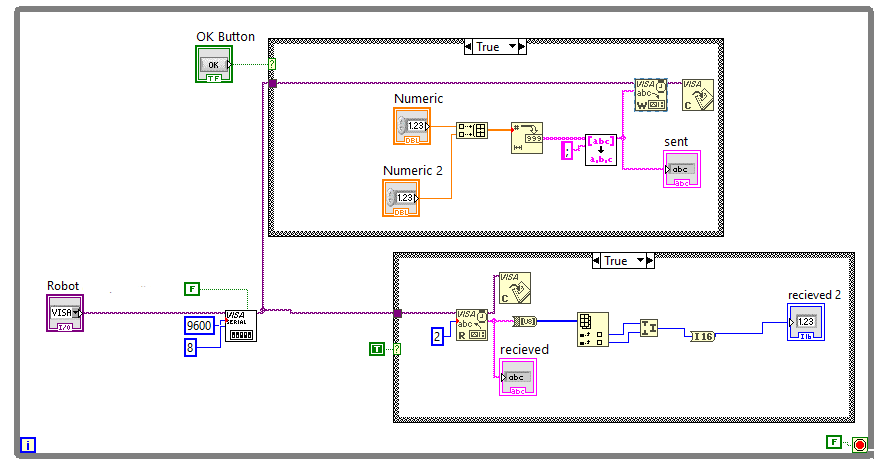 Browse other questions tagged arduino-uno serial labview or ask your own question.