I recently removed a GD25B32CPIG flash memory chip from a commercial coin-operated arcade game. Apparently it has all the game's sounds stored directly on the chip. I decided to see if I can learn to communicate with the chip to read the current data and write new data to it so that I can possibly change the game's sounds as the game itself doesn't have the ability to do that.

After searching online, I found schematics for the chip, including its functions and pinouts. 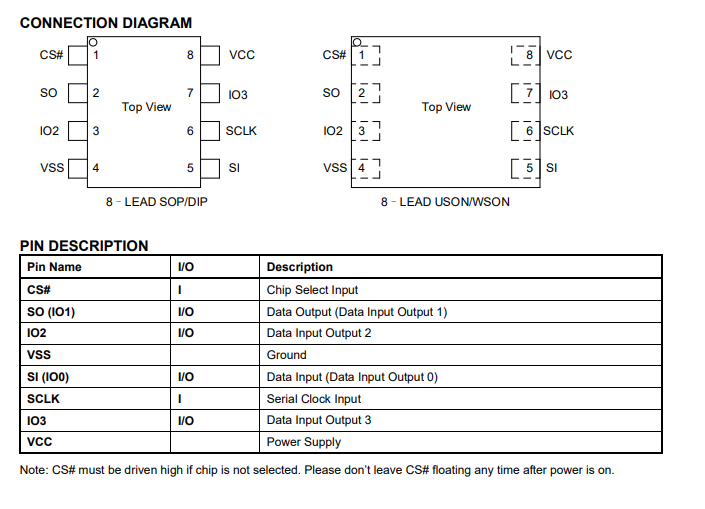 I've wired it up to my Arduino Uno's MOSI, MISO, CK, and SS pins as well as the 3.3V and GND for power. This is the only part I know is correct.

Unfortunately, I am lost on what to do next since I've never used the SPI library by itself (normally other libraries handle the SPI connections in my other projects). Nobody else has a tutorial on this particular chip and I'm a little bit lost by the datasheet's commands. I also did some research on SPI and found the tutorials to be a bit confusing.

I haven't tested anything because I don't want to alter the data unless I know what I'm doing.

Is there a way to read all data at once and write to a particular register?

arduino-uno spi flash
Share
Improve this question
asked May 20 at 20:37

Browse other questions tagged arduino-uno spi flash or ask your own question.