I am using a DC motor with encoder, and I am trying to calculate how many pulses are recorded in every one second interval. (note that the power source is of 12V for the motor) 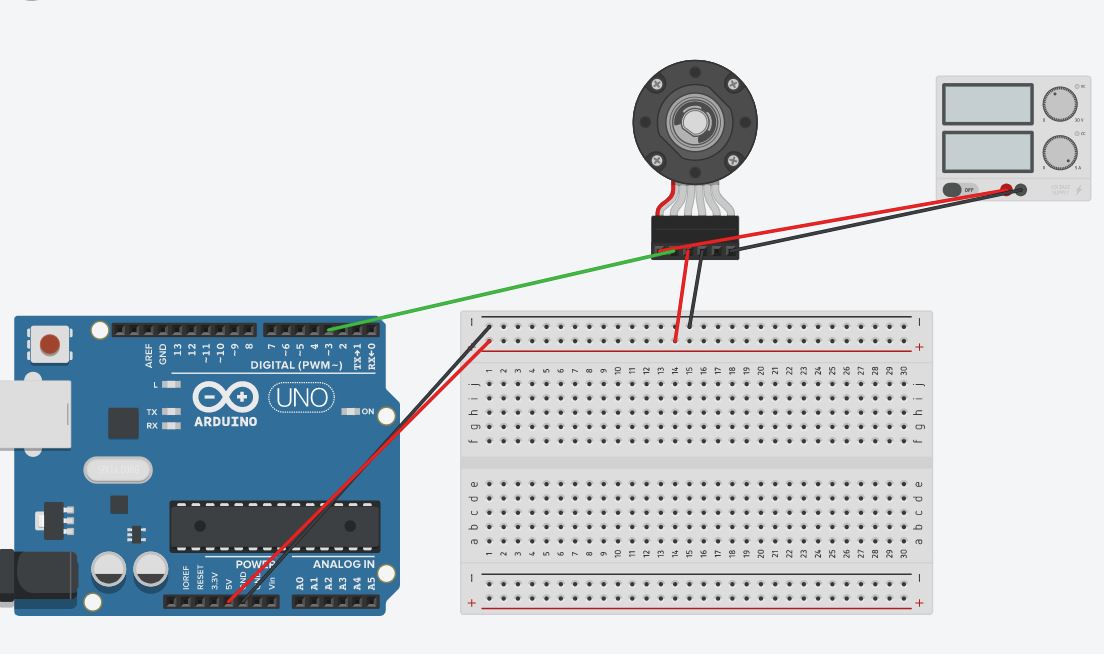 It seems to be rather intuitive that increasing the rpm should increase the number of pulses recorded in one second. However, the results are rather erratic:

Increasing RPM sometimes increases the pulsecount, but sometimes decreases it....what could be the reason for this behaviour?

I think the problem is in the tinkercad simulation: The encoder is attached to the motor and the motor is always rotating at the same speed. Selecting a different RPM on the component changes the gear ratio and the RPM of the shaft, but not of the motor. That means that the number output after 1s should be always the same. Why it is not exactly the same, only the programmers of the simulation can tell. It might have to do with simulation speed, because I get totally different numbers there.

One important principle to learn when working with interrupts is that of atomic operations. It is vital, when working with any data that cannot be manipulated by one single assembly instruction, that you protect against that data being changed midway through any reading of that data.

In your situation you are working with 32-bit values. On an 8-bit microcontroller those take many many instructions to manipulate, and at any time during that manipulation the interrupt can be triggered and change the value, corrupting your readings.

There is a concept in programming called critical sections. These are "blocked off" bits of code where no interrupts are allowed to happen while you do whatever is needed to your shared variables. For obvious reasons you want to keep those sections as brief as possible.

Also you don't need to calculate the pulse count by comparing it to the previous count - just start from 0 each second. And on the topic of a second, it's best to check if at least a second has passed. There's always a chance you may see 1001ms instead of 1000ms. A slim chance, but best to be safe.

Here's an example, using your code as a base:

Not the answer you're looking for? Browse other questions tagged rotary-encoder or ask your own question.