After asking How to connect Arduino & ESP8266, I tried to build such circuit.

First I tried the code one 2 Nano's - to verify 2 MCU sending and receiving messages. After that, I started to build the following circuit: 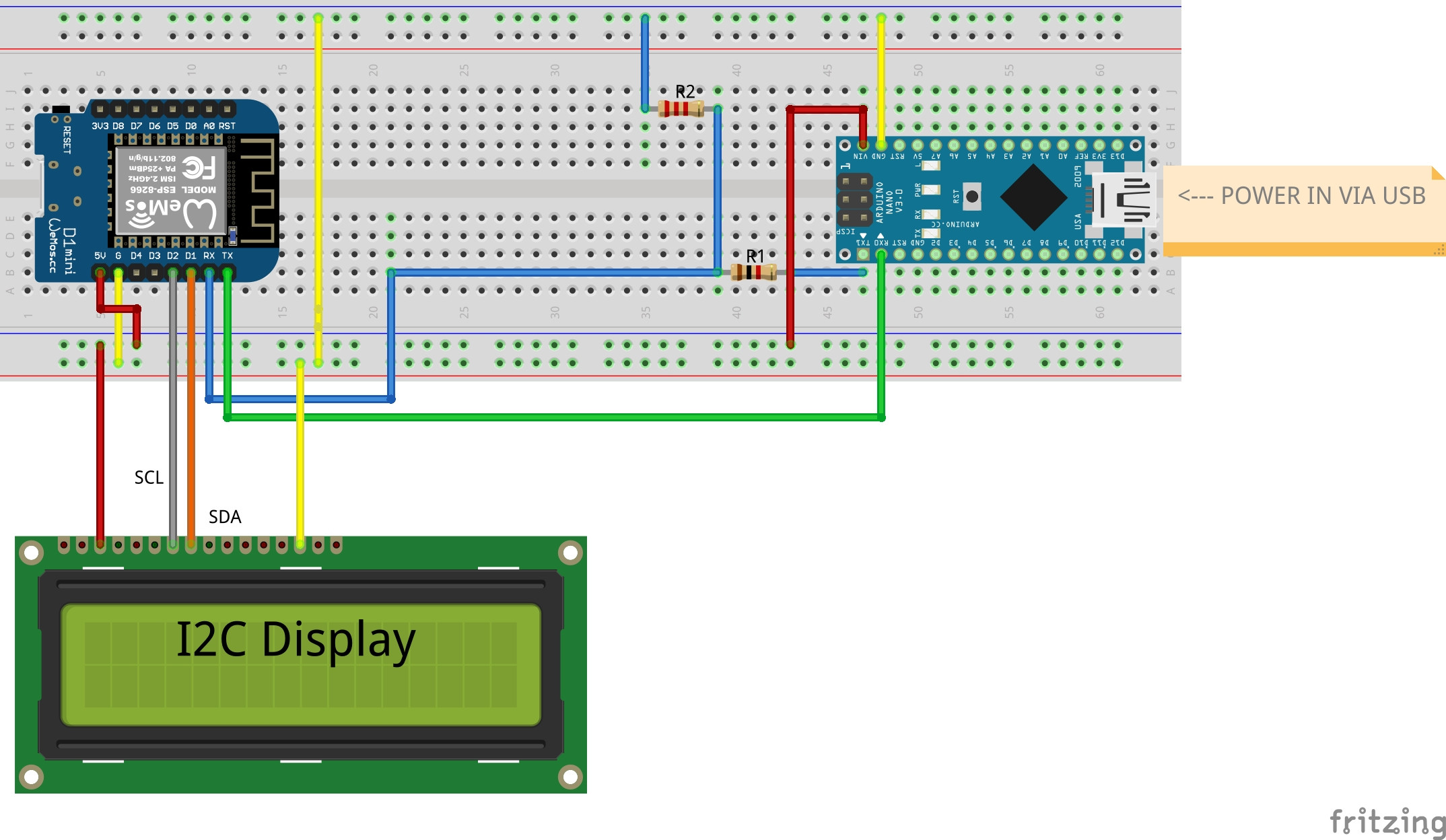 Edit1: LCD display is connected to MCU B ( as it was tested using 2 Nano ) via I2C. Messages received are sent to LCD. PLEASE IGNORE LCD shown in not I2C

What is done wrong?

Browse other questions tagged serial or ask your own question.

0
Serial Communication between ESP8266 and Arduino ( Sofware and Hardware )