Why AnalogRead shows value (395) when its on HIGH State ? why not shows 1023 when its high State

when esp8266 D0 in high state , the analogRead value in arduino nano serial monitor it show the value 395. 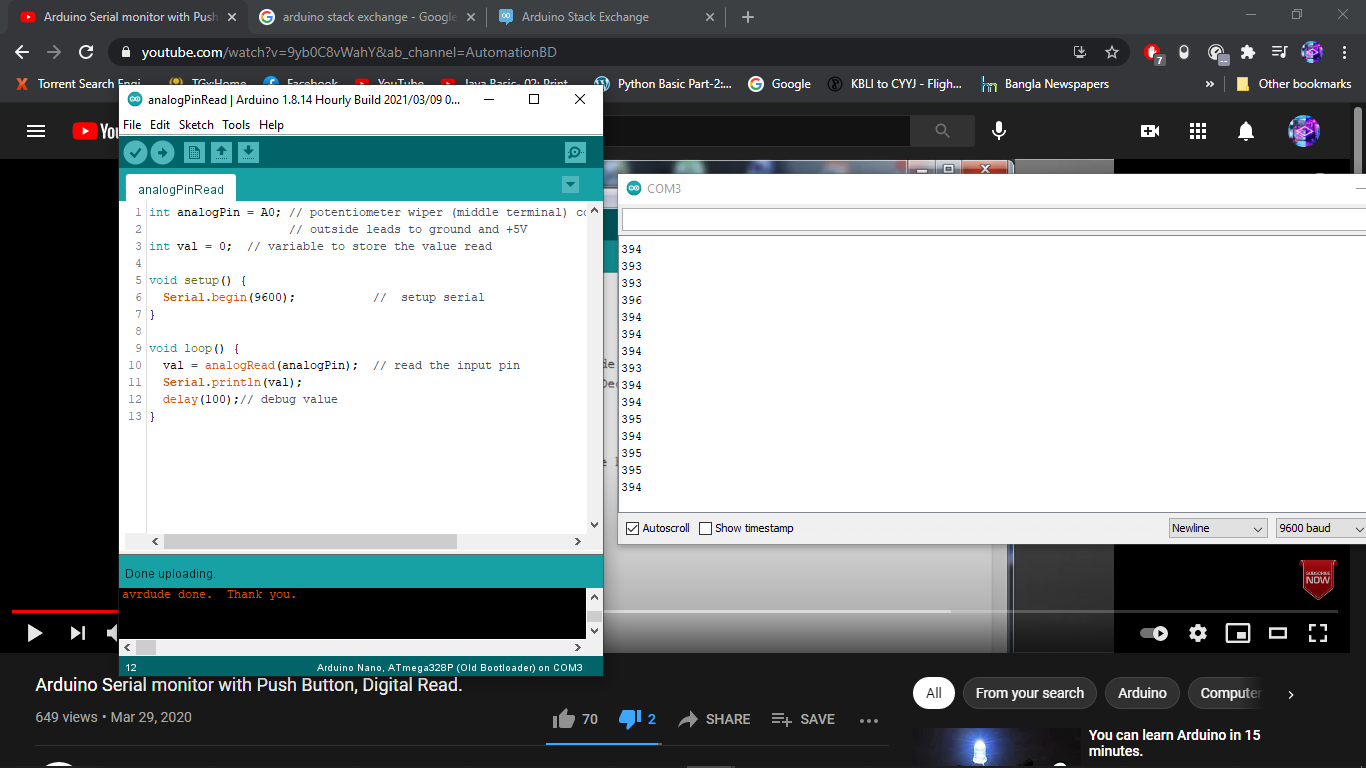 There are two problems here - one immediate and one which will be come apparent.

First off, you appear not to have connected the ground pins of the two boards together. This is important. Voltage is not an absolute value, it's a value relative to some other point in the circuit. This is why "voltage" is sometimes called "potential difference". Normally the point in the circuit that voltages are referenced to is termed "ground". Note: there is nothing special about ground, it's just an arbitrary point in the circuit - usually, but not always, the point where the voltage is lowest. If the ground of the Arduino that it's using to compare incoming voltages against is not the same as the ground that the ESP8266 is using to create its output voltage in relation to, then the Arduino really can't know what the voltage is.

The second problem, which will become apparent once you have connected the grounds, is that the Arduino measures voltages between 0 and 5V as values between 0 and 1023. However the ESP8266 doesn't operate at 5V, it operates at 3.3V. The highest voltage it can ever put out is 3.3V. The Arduino can never read that as 1023 because it's not 5V. Instead it will read somewhere around 675. That is, 3.3V is two thirds of 5V, and 675 is two thirds of 1023.

Not the answer you're looking for? Browse other questions tagged arduino-nano analogread or ask your own question.

1
Analog Pins are sensing Values
3
Does lowering arduino analog reference increase precision in measuring low voltage?
2
Why does my Arduino Nano send the wrong voltage on a digital output PIN?
0
Measure small capacitances with ATtiny85 (Digispark board)
1
How to convert digital signal to analog value
1
Why do all analog pins measure the same value?
2
printing the analogRead() functions result crashes Arduino
1
always detects same pin as HIGH even when its not connected
0
Can I test if something is connected to analog pin?