I'm trying to run my DS3218MG Servo Motor with an external power supply and my arduino nano.

According to the datasheet the servo needs a DC 4.8-6.8 voltage. My first attempt was to only use the arduino and no external power supply. So did the following connections:

Using this connection works fine and the servo rotatates to the desired positions. However, because the arduino does not supply enough current, i bought a power supply with the following specs: 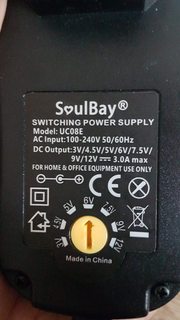 With that, i did the following connections: 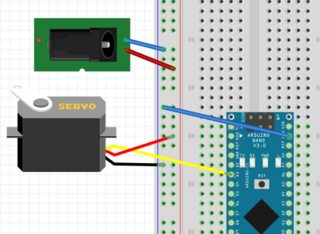 Unfortunately, the servo does not move with the external power supply. IMO, it should have the right voltage and also supply enough current (at least as much as the Arduino).

Do you see the problem?

Not the answer you're looking for? Browse other questions tagged arduino-nano power servo or ask your own question.