ATTiny85 USB Troubleshooting. Device is not recognized when programmer asks to plug in device

I have bought this cheap AVR Programmer Board and I thougth that I would be OK just plugging it into my USB port. Then after I did that nothing happened so I passed last 4 hours trying to understand what was going wrong. I learned that ATTiny85 microchips often come with no bootloader. 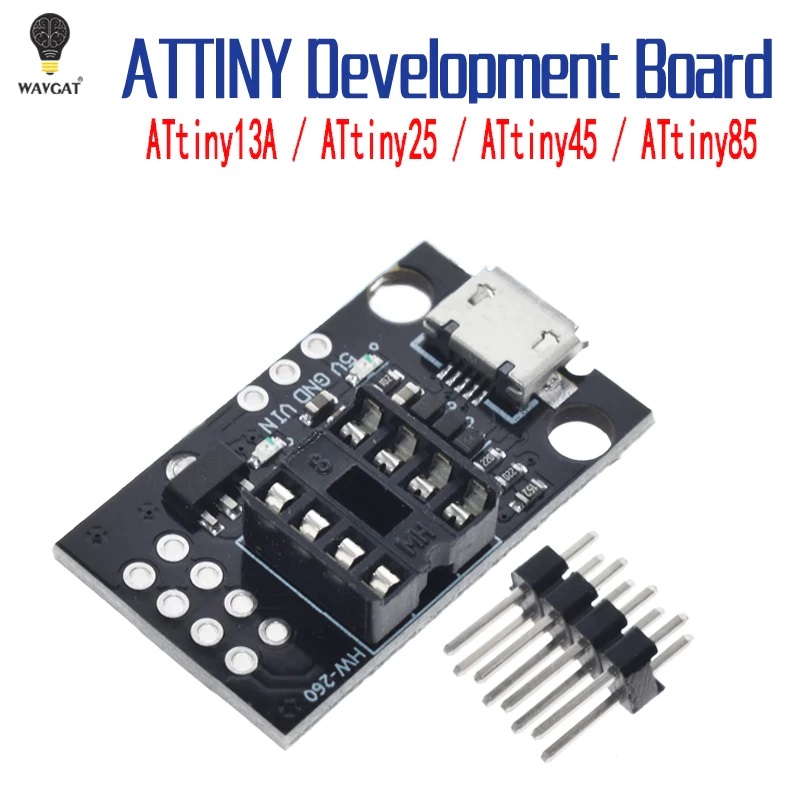 So first I tested it with Arduino as ISP and simple blink code. It worked. Then I downloaded micronucleus and i flashed it via Arduino as ISP. I think this process worked pretty well as the output show

Problem that I'm now facing is that when I try to upload a code using ATTiny Development Board via arduino IDE (selecting Attiny85 digispark default 16.5mhz) and it asks me to plug in the device, device is not recognized.

I already installed drivers downloaded from github release section of DevicestumpArduino repository, tried installing micronucleus configuration driver via zadiag like i read in this question but nothing worked. What am I missing?

From your AVRDude output:

It does not appear that you have programmed the AVR configuration fuses.

One for thing, E:FF, is extended fuse value 0xFF, which is missing the SELFPRGEN (self-programming) fuse that would allow Micronucleus to load your code onto the AVR, that is allow the AVR to execute instructions to program itself. So, assuming it managed to show up on USB, you wouldn't actually be able to use it to put code on your chip.

You can see what they should be where the makefile fuse target defers to your t85_default configuration:

The fuses that are actually preventing it from showing up on USB are more likely the clock related fuse bits in the low fuse byte. In particular CKDIV8 (factory default) is set to divide-by-8 where it is not in the makefile. The CKSEL bits are set to 0x2 (factory default) for the 8Mhz internal RC oscillator whereas the makefile wants them to be set to 0x1, for internal PLL (phase locked loop) that generates higher clock rates from the RC oscillator. In short, your chip is running at 1MHz rather than 16Mhz. The Micronucleus code may also be written such that it needs PLL for bit-banging USB, though I haven't looked into that to be certain.

3
Digispark clone not recognised when plugged in

1
Attiny85: Watchdog does not initialize properly when using switch(case)
0
Attiny85 not recognized at windows startup
1
ATtiny167 Device not recognized
0
Managing configurations via EEPROM by writing it with the hex file