when reading RFID(MIFARE) information using Arduino mega and display in serial monitor it works fine. But, when printing on 2004LCD only one information(Value) displays correctly. The other information Item Name display a decimal number. Could someone help on this? 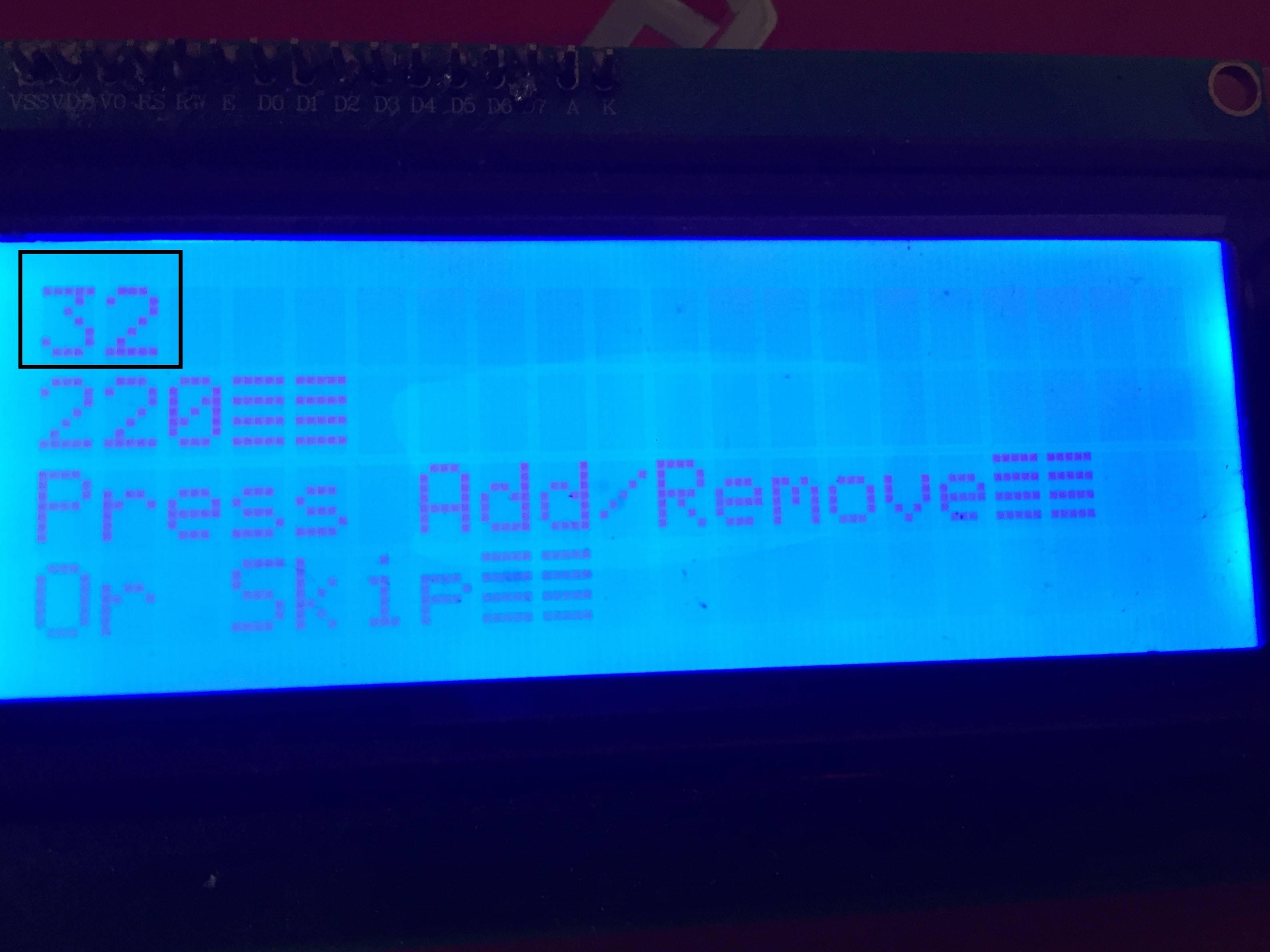 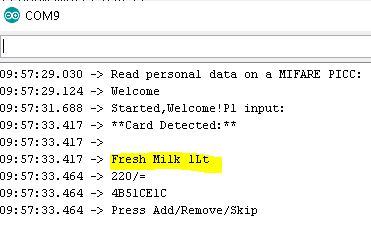 Here we have an array of 16 cells, each having the char type (which I assume is what you have). The loop goes through the array, handling one cell a time. Within the loop, buffer2[i] represents the char being currently handled.

This will print the contents of the buffer to both the serial port and the LCD. You would have seen the expected message on the LCD if you did not have lcd.clear() right after the loop.

This means “extract from buffer2 a sequence of contiguous non-white-space characters, and store it in memory at the address of the variable ItemName”. If the buffer contains “Fresh Milk 1Lt”, this will write “Fresh” to that memory location. That is 6 bytes (5 letters and a terminating NUL). Unfortunately, the compiler has only allocated 2 or 4 bytes of RAM for storing ItemName (depending on the Arduino model), so this will write past the allocated storage, which is a type of bug known as buffer overflow. Now your Arduino's memory is corrupted and anything can happen.

This tries to find within byffer2 a textual representation of a number, and store it into Item_Name. This is safe, but only makes sense if the buffer contains a number, written as text, which is not the case here.

This is asking the LCD to print an integer (namely Item_Name). It will convert the integer to decimal text and print the corresponding digits on the LCD.

Let's assume for example that Item_Name contains the numeric value 32 (which is the ASCII representation of a space). lcd.print() will convert that into a sequence of two characters: '3' and '2' (the decimal representation of 32). It will then send those characters to the LCD (ASCII values 51 and 50), and you will see the text “32”.

If you want to see the text contained within the buffer, the you can either send the characters one by one (like you already did right before lcd.clear()), or provide to lcd.print() a char* pointer with the whole message:

This assumes that the buffer is terminated with a NUL character. If it is not, then you can either use the char-at-a-time method, or change your code in order to put a NUL terminator in the buffer.

Not the answer you're looking for? Browse other questions tagged serial lcd array rfid or ask your own question.