I recently bought a Raspberry Pi Pico to play with, and am attempting to upload my first program to it the Arduino way, as my own operating system rather than a c++ program over an existing operating system (meaning to replace the built-in Raspberry Pi Pico operating system which runs MicroPython, not in the sense of running Linux, Windows, Mac, or any derivative or fork). I have not found any record of people hacking it like that - is it possible? If so, how would I go about it? Sorry if this is in the wrong Stack Exchange.

Here is the library for the Arduino IDE and a Raspberry Pi pico.

Just install normally as a .zip.

I was digging around in the Arduino-mbed core, trying to help someone else, specifically in the boards.txt and spied the line:

Unfortunately, I don't have any way to give it a proper test as I don't have one of these. But I did go so far as to install the core and compile a simple hello world program.

Search for "mbed rp2040"; these names sometimes change, but those terms work well now. You can see in the lower item, I have version 2.0.0 installed. 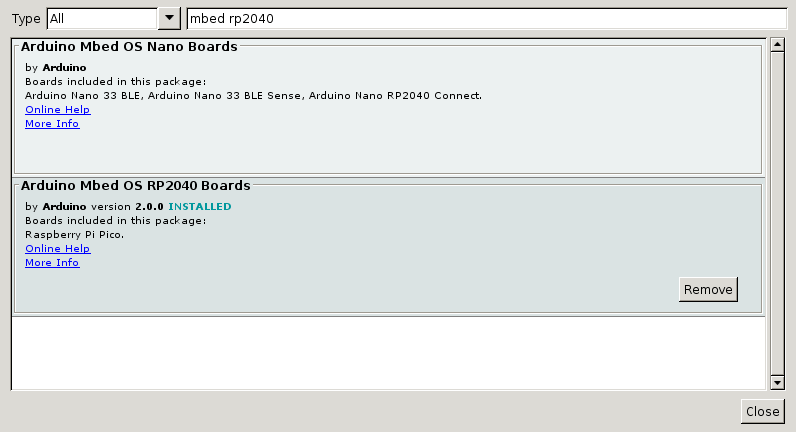 As you see it at least builds without error. As I said, I'm unable to give it a real test. But that at least looks promising. 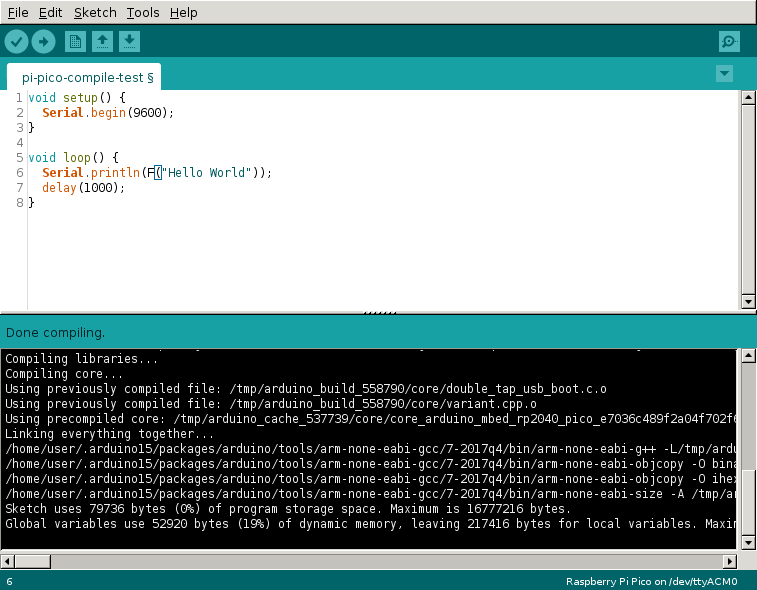 It is worth mentioning this excellent alternative to the Arduino one from Earle F. Philhower. It seems well-maintained and doesn't depend on Mbed OS, so it leaves more space (ram and flash) for your application.

Not the answer you're looking for? Browse other questions tagged raspberrypi or ask your own question.

2
Greyed out port for Raspberry pico in Arduino IDE - Ubuntu 20.04