Recently I came across a video about a guy building a remote Bluetooth-controlled Arduino car and I was quite amazed. So I decided I wanted to build it too. I have no Arduino or electronics experience at all other than being an IT professional.

So I bought the parts he used in the video (he advised a knockoff Arduino in the description).

After putting it all together the motors work through Bluetooth (yay!). But the issue is that the batteries connected to the motorshield don't give power to the Arduino at all (because the lights don't turn on).

When plugged in the laptop with the USB cable the Arduino gets powered and the motorshield light turns on just a bit, but not enough to make the motors and Bluetooth work.

So for some reason, the batteries connected to the motorshield don't power the Arduino. 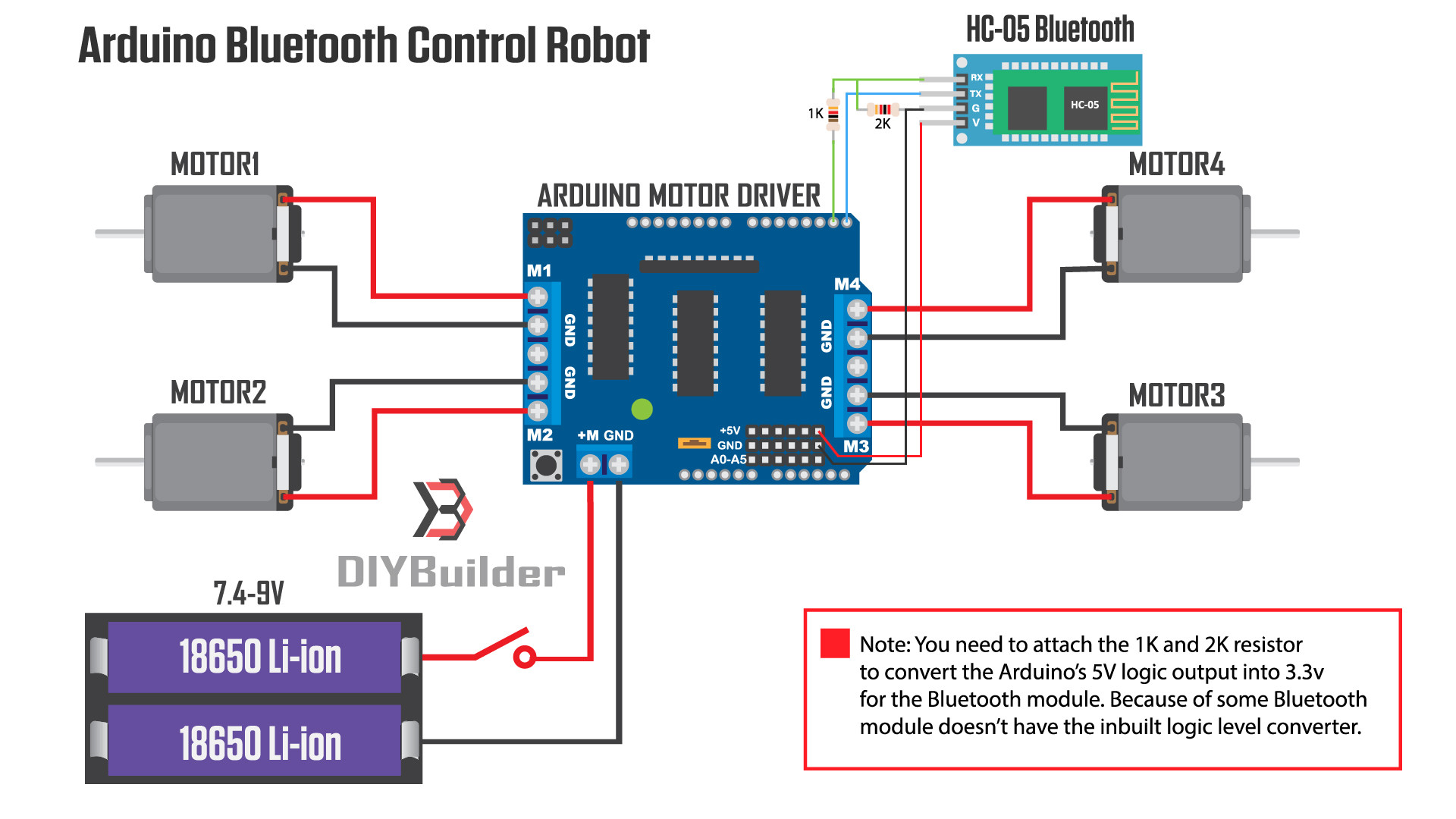 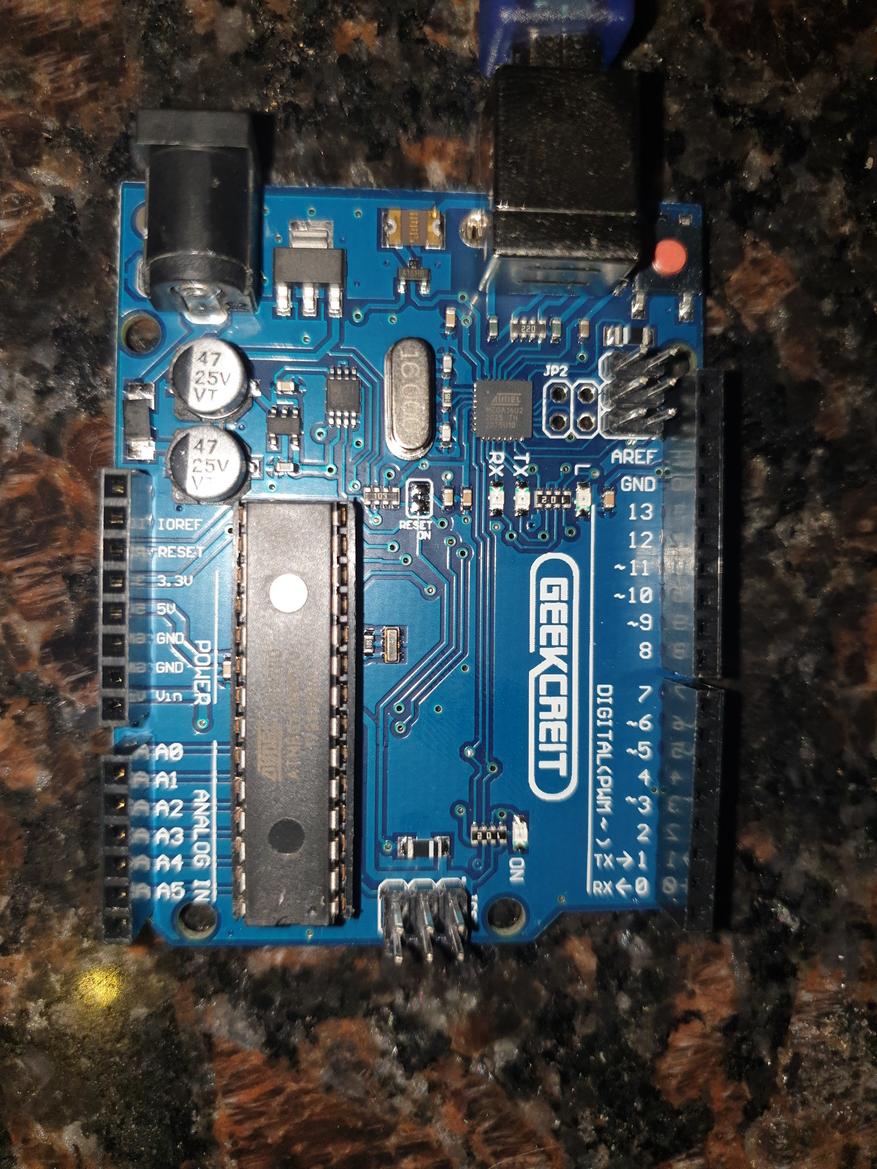 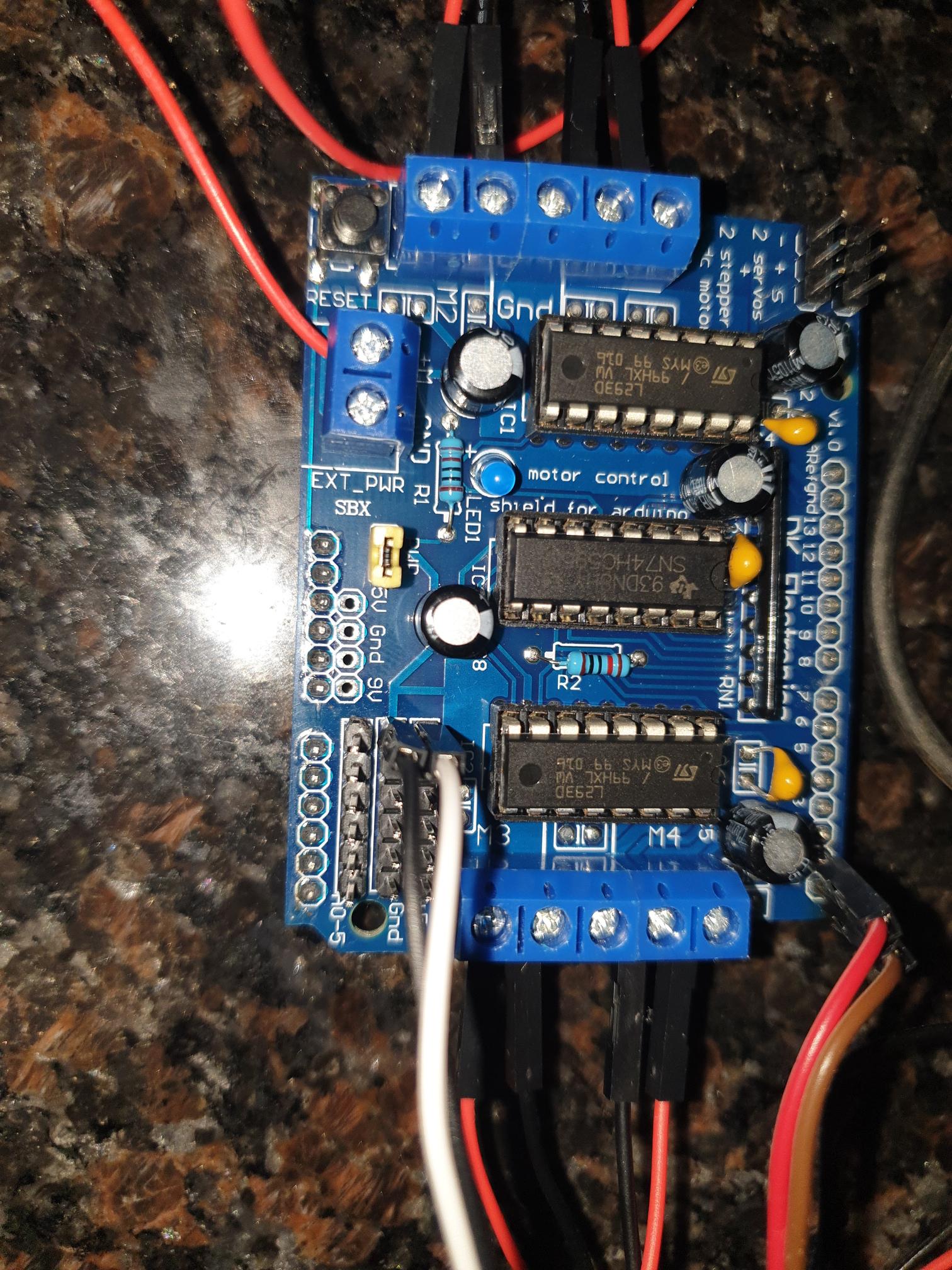 I really don't know what I did wrong, since I followed the video and did exactly what the person did. Maybe the batteries aren't powerful enough?

The problem was that the 2 pins on which the jumper sits, the jumper or the board was broken (idk exactly). I might've caused that myself by turning on the batteries + powering it through usb at the same time.

I bought a new L293D board then made sure I didn't connect usb power to the arduino while the L293D was sitting on top of it. I uploaded the code, then disconnected the usb, put the L293D on top, powered it all and it works like a charm!

Nice project. The batteries are connected to the motor power which is correct but the motor shield does not output voltage to the 5V system. Try connecting the batteries to the Vin on the board and all should work.

Not the answer you're looking for? Browse other questions tagged arduino-motor-shield l293d or ask your own question.

1
New Arduino Motor Shield Short Circuiting my board?
1
Arduino Robot won't move
0
Can't make ultrasonic sensor work with motor controller
0
How to properly run 4 DC motors with an Arduino?
0
Is My Motor Shield Broken?
1
L298N motor driver and battery issues
0
My car only moves when it is plugged directly into both my pc and battery pack?
1
I need a good battery reccomendation