Well I am trying to make a Stroboscop. I found this code at blow: and tried. It works normally. But if I increase the RPM so decrease the "strobeDelay" time, the brightness of the LEDs goes out. Even if I try the GreatScott code. The same problem persists at high RPM. I am using power LED.

On the other hand there is a stroboscop which is Fluke 820, it says

How they achieve that constant brightness under the high frequency?

For those who wonder there is a video, but another brand same result, brightness constant even if RPM changes. I tried 2 different power LED. on of them is this, the other LED is I found in a broken projector, I used them 2 working strip. No doubt in your mind, this led strip is very bright at low frequency. Both of them same result like this: 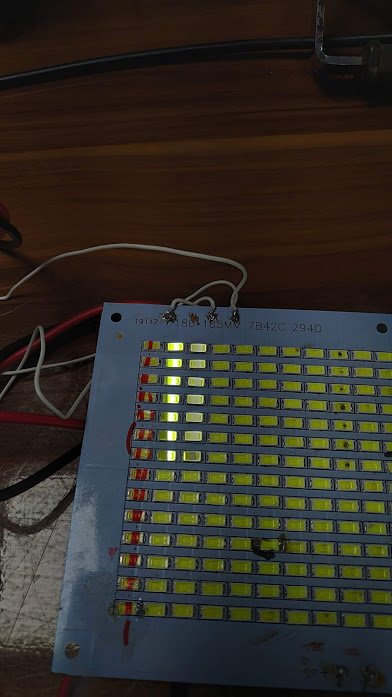 To keep the same brightness, you have to keep the same duty cycle (percent of on time over off time). So to change the rate without changing the brightness, you have to increase delayMicroseconds(onTime) by the same percent you increase delay(strobeDelay). But note that as you go slower, the on time will be too long to freeze the motion you are trying to study. (If it's just for a party effect this may not matter.)

Not the answer you're looking for? Browse other questions tagged arduino-nano power led pwm frequency or ask your own question.

0
Fade LED strip using proximity and map() function
6
Why does an LED sometimes flash when increasing brightness?
1
how to change increase pwm frequency by changing resolution?
0
Arduino code to control 4 led's from 4 buttons
0
ESP8266 Blink sketch - does not blink / or stays constant
1
Losing top brightness when using tip120 and PWM with 70w LED panel
0
Trouble with setting the PWM frequency for Arduino Due
1
Can I control LED brightness with potentiometer without any code, as well as reading the potentiometer value?
1
How to change brightness of LED light?