Will plugging in a 12v power supply in the wrong polarity to a CNC SHIELD fry my circuit or damage my power supply?

I'm currently in the process of making a DIY pen plotter using an Arduino CNC Shield and GRBL Code. Right now I'm connecting the power supply to the shield. I got a standard 12v supply and I cut off the barrel connector so I can connect the supply directly to the CNC Shield. I can't seem to figure out which wire is negative and which is positive. I don't have a multimeter on me so can't test it but I have attached a picture of the information on the power supply which I think should be able to give someone with more knowledge, insight onto the polarity. I think the left wire is negative but not one hundred percent sure. If I risk a test will this damage my circuits or power supply ? Sorry for such an easy question I just don't want to accidentally fry my circuits as have been working on this for a really long time !! Thank you so much, Arav 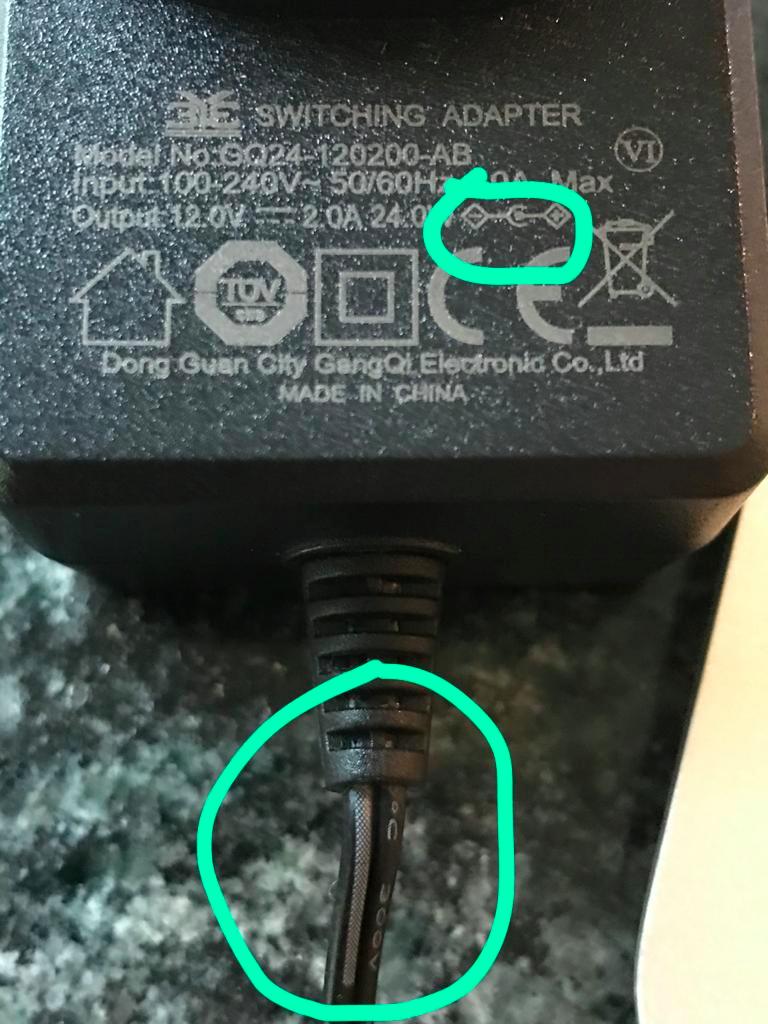 If you wire the power into that shield wrongly you risk killing things - and with those big electrolytics reverse polarity could get very messy indeed.

You need to identify the polarity before you wire it in, and to do that you need something that is sensitive to polarity.

If you don't have a DMM you can do it with a simple resistor and LED in series - an LED will only work if the polarity is right.

Take a normal LED of the 5mm type (they're easier to identify) and look for the flat edge on the flange around the base. That indicates which is the "negative" or cathode of the LED. Alternatively look for which of the legs is the shorter of the two, which is also an indication of which is the cathode.

Connect a resistor to this identified negative leg. You want the resistor to be at least 1kΩ, but no more than 10kΩ. You don't need the LED to be bright...

Connect your wires, one to the LED and the other to the resistor.

2
Powering Arduino from a shield
0
Arduino Mega failure after first use of Mega Shield power connector
0
Power an arduino on a 12V circuit
0
Will a 12 VDC 1A Power Supply Adapter supply too much power and damage an Arduino Mega 2560?
1
Are my stepper motors being burnt out? What is the issue here?
0
Power supply for DIY Arduino CNC Router
1
Can I power up an Arduino Uno via the 5 V pin while USB is connected at the same time?