So I started typing out this question, but in the process of taking screenshots and looking up sources for the question I figured out the answer :P

That said, this problem has been a snag for me for a while and I've asked multiple people about it with no solution. Because it seemed kind of daunting for me and I haven't seen many well explained reasons I figured I'd finish out the post here to help anyone that is running into this or will run into it in the future.

I'm using vscode for my editor and I've had this snag for a while but it's finally driving me nuts enough to ask for help.

When in include certain libraries I get error squiggles under the include.

In this case the squiggle is popping up because of the error:

At first I though the snag was because my include path needed my arduino libraries directory so I added that for the project, but I still get the snag.

I did a computer wide search for the WProgram.h file but was not able to find it. 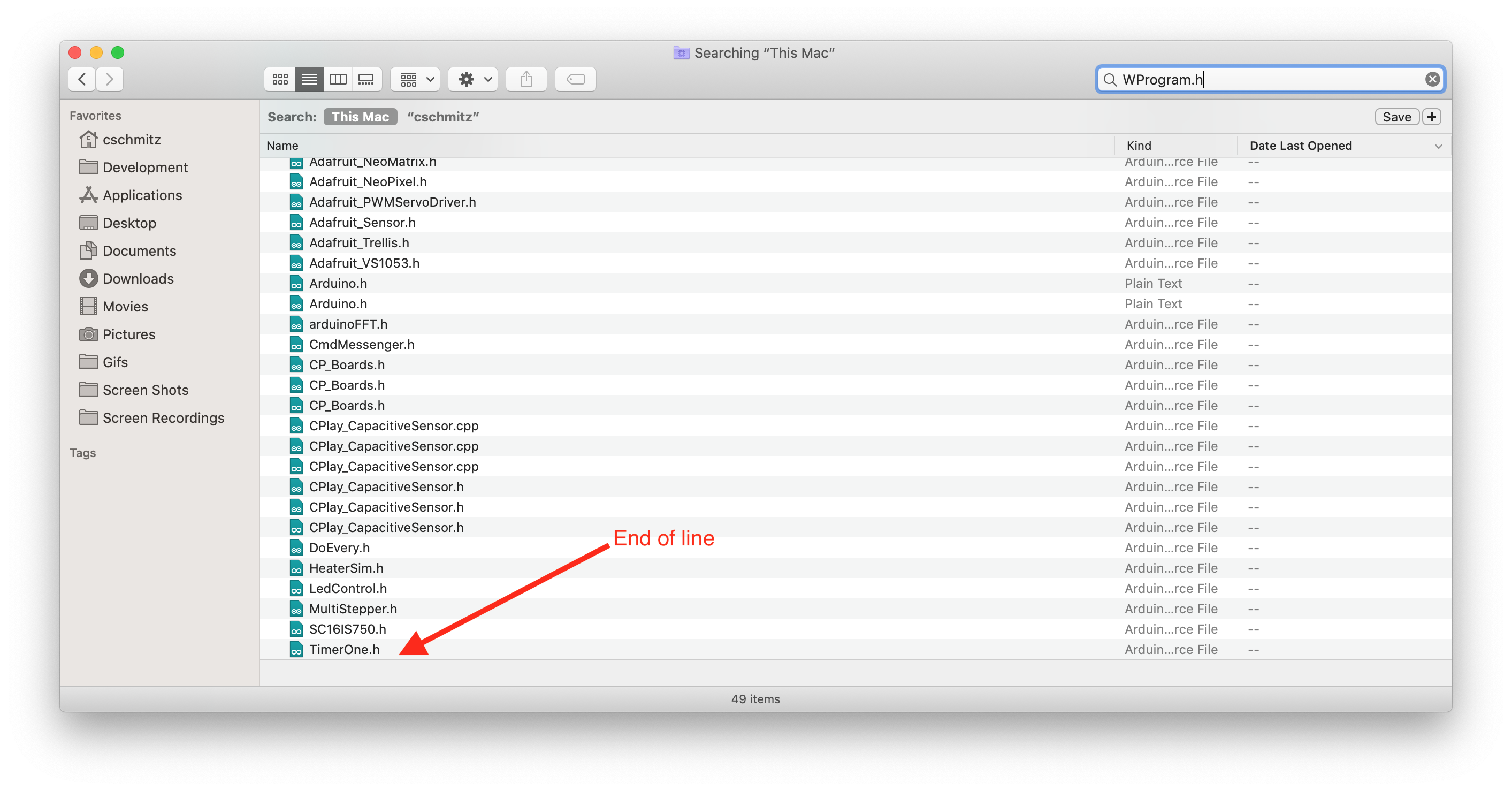 The thing is, all of my sketches still compile and upload fine so for the most part I'm just able to ignore it ... but the squiggle!!!!!!.

Any ideas of how I can resolve this?

I landed here in the same position as you, and after researching the comments mentioning -DARDUINO=10813 and some more googling I found: https://github.com/microsoft/vscode-arduino/issues/1148

This led me to adding one more line to defines in my c_cpp_properties.json

and this also removed the squiggly!

Like I said in the question, I found the answer after doing some searching while typing up the question itself and I want to explain it for future squiggle-haters :)

I did a bunch of searching to try to track down what's going on and I eventually found this helpful (and depending on the veracity of the source, kind of sad) bit of history:

Now, that WProgram.h, is a definition file created by and for the wiring project and board. That's why it has a W on it. It has been in Arduino IDE since its beginning and was replaced by Arduino.h only recently when Arduino 1.0 was released. Now all Arduino 1.0+ IDE will use Arduino.h and not WProgram.h so if you have that plus some other old stuff, you will have to make changes to work with Arduino 1.0+ IDE.

With that in mind I dove into the source file for the Adafruit_MPR121.h library and found where it includes the WProgram.h header file and commented it out.

It's also worth pointing out that the pre-compiler conditional here supports the renaming of the file in newer versions of Arduino. 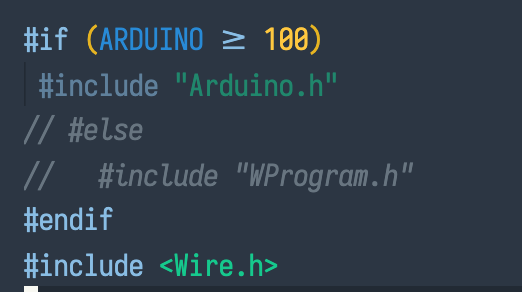 I labeled this section of the answer as "The temp fix" because it involves modifying a 3rd party dependency which is normally not a great idea. Yeah it fixes it now, but as soon as I need to update this library that edit is going to get blown away and I'd need to manually do it again. In this case the update is pretty minimal so maybe that's no big deal, but if the fix was more involved, like a heavy edit, that would be a real big pain in the butt and could cause other unforeseen consequences (and I played half-life as a kid so I know that's not good).

Normally I would say the better fix for this would be to clone the source repository, make the fix there, and do a pull request so the dependency itself gets updated at the source (if someone approves and merges the PR).

But this is a bit different, the conditional in there is actually fine as it adds backwards compatibility. It's there so that the library can support both pre-1.0 and post-1.0 arduino IDE versions. If we did a PR to cut out the WProgram.h reference we'd add in breaking code for anyone on the older versions.

So, the better solution is to appease my local compiler.

We know that the Arduino.h header for all intents and purposes is the same as the WProgram.h, so a almost-full-proof solution would be to fake out the WProgram.h file on my computer to appease the compiler. 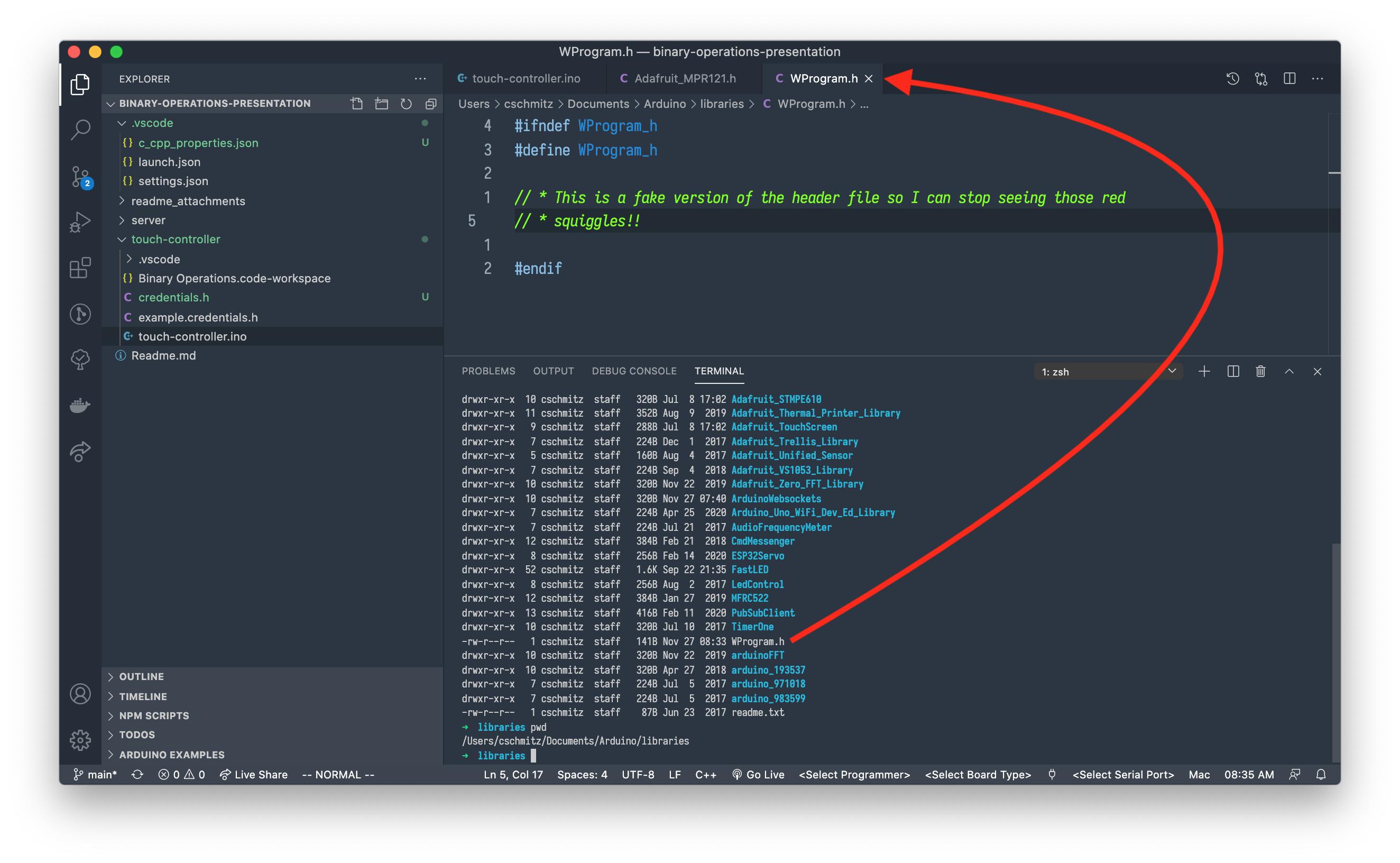 An important part to note here is that to make sure I faked it out correctly I went to the arduino repository, scrolled back through the tags, found the last tag before they switched to 1.0+, and found the WProgram.h file. Once there I grabbed the same pre-compiler check and definition for the WProgram header so I could be sure I did the correct define for the WProgram name. 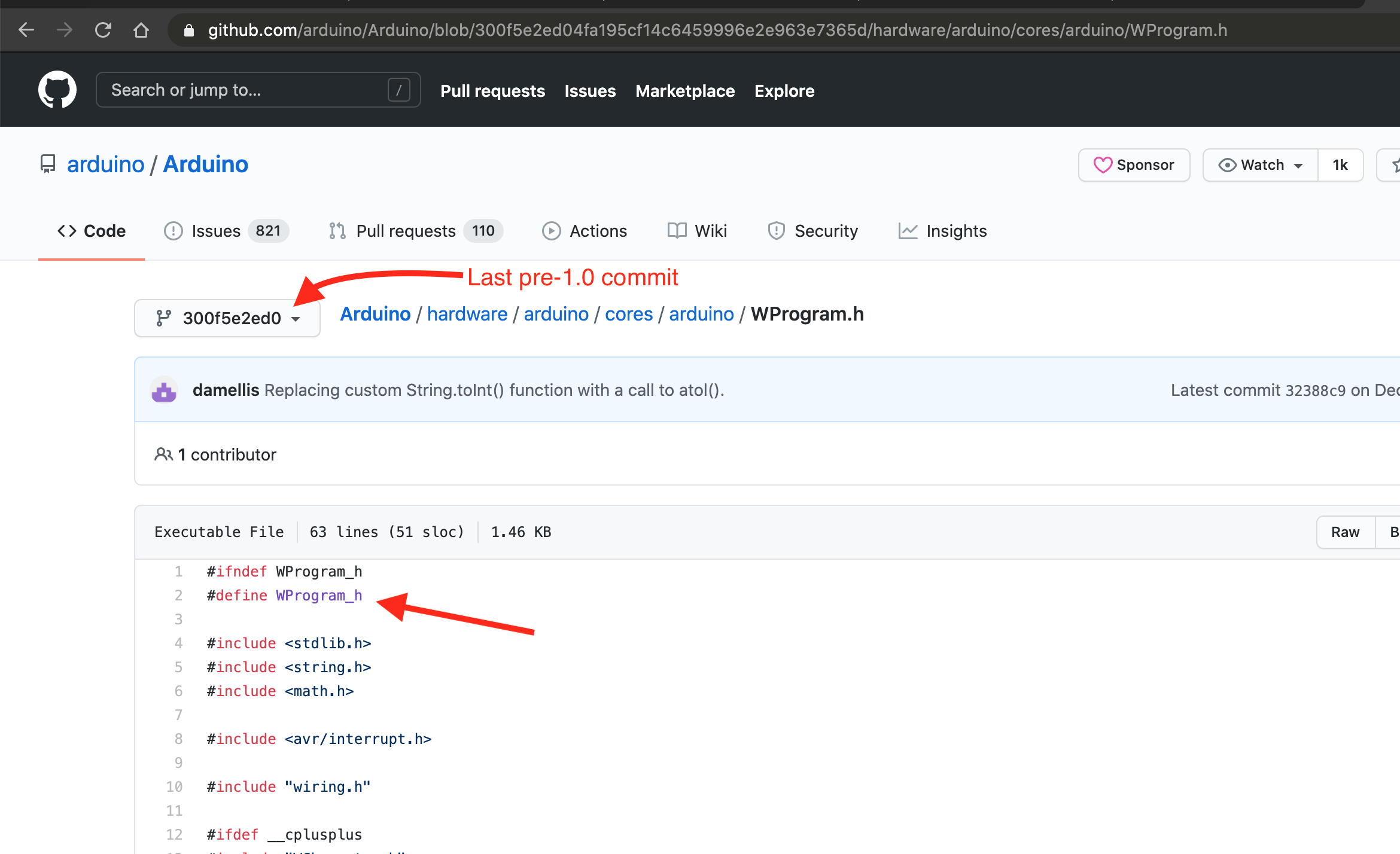 This feels like a bit of overkill because it protects me from other headers being included with the same string defined, but if that happened it would be because I have the WProgram file anyway, but I figured if I was going to fake it out I'd do it right.

This could backfire if I include a library that only includes WProgram.h and not the Arduino.h in that arduino version check conditional, but this would 100% be the case for a correction and pull request for that library.

So now I know that the Arduino.h file is the reason I'm able to compile everything correctly even with the red squiggle, I have a faked out WProgram.h so that my compiler can find something when looking for the file and, most importantly, I no longer need to look at those red squiggles under the includes :) 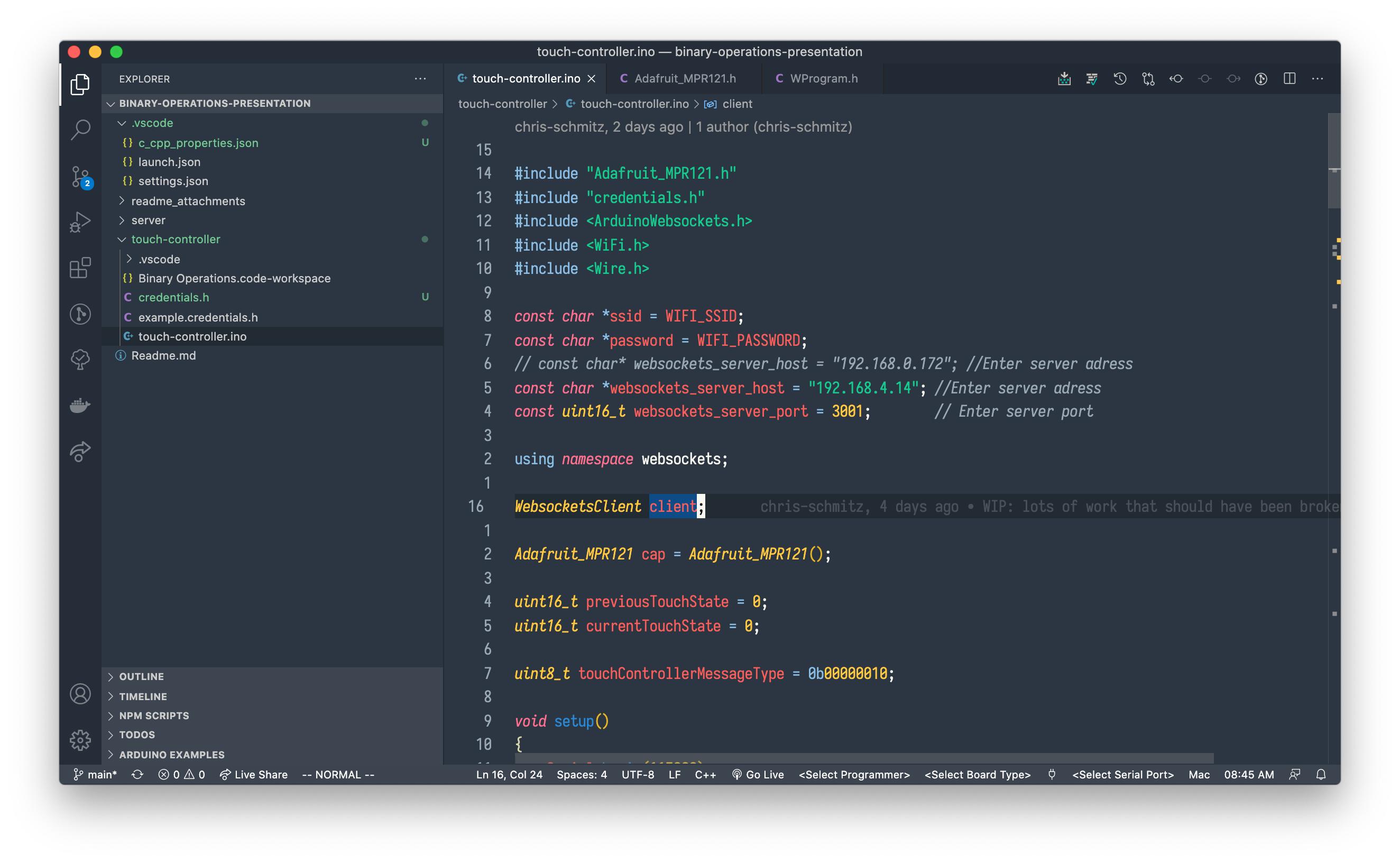 Next step, figure out the same thing for Sam.h :P

I recently figured out, it's way too simple. Just tap F1 and look for this then select the configuration for "Arduino".

Not the answer you're looking for? Browse other questions tagged header or ask your own question.