I want to switch on/off some AC device using solid state Omron G3MB relay I know that for magnetic relay there should be transistor and flyback diode, but what about SSR? Can I connect it directly to arduino digital pin without any transistors and anything else?

In a closer look on special arduino module, we can see some extras. Are they necessary? I want to put solid state relay (not separated module) into my custom PCB, and I'm confused about that extras. 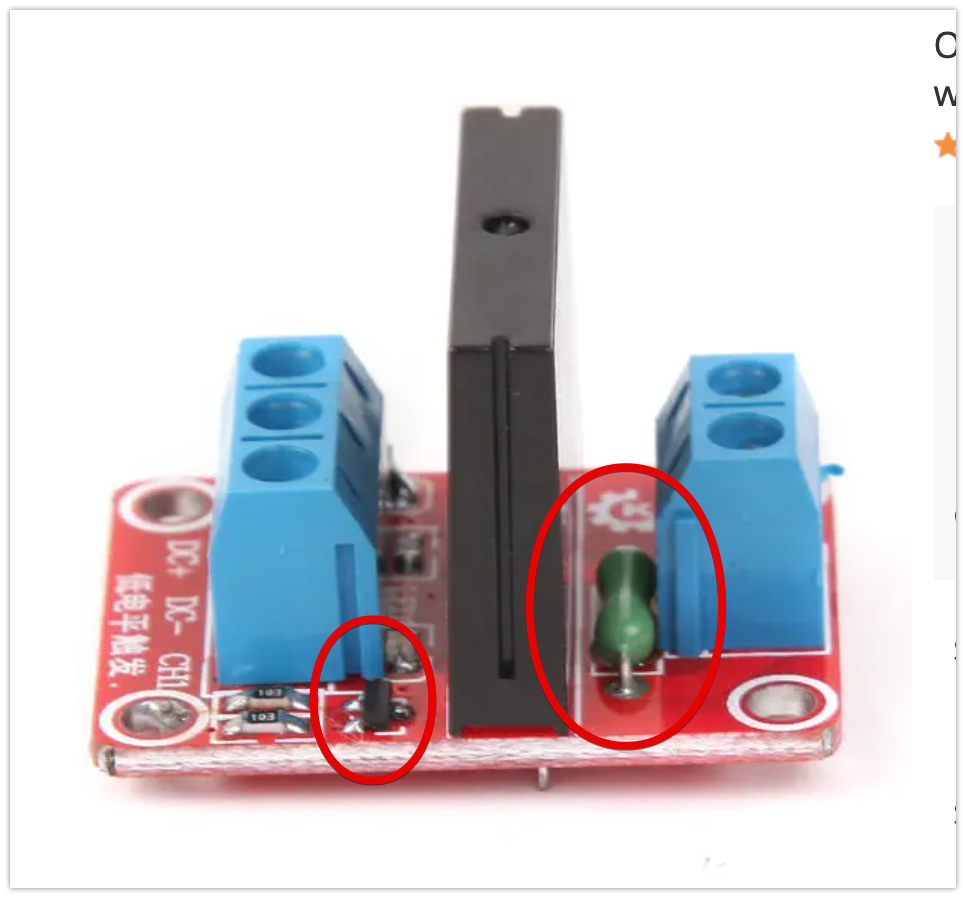 According to the datasheet there are multiple models.

Some already have an input resistor for the led (in the opto-isolator) inside the package, but some don't. For the ones that don't have a resistor inside, you'd need to add one yourself, to limit the current to around 10mA.

Some models also have a snubber circuit inside the package. The need for this depends on what kind of load is connected (inductive vs. resistive (AFAIK)).

The answer is a qualified yes. In this case the relay is optically isolated from the load so there is no cross conduction. You need to connect the relay to the Arduino power +5 and Ground supply. I would not connect more then one to any arduino pin as the relay has a max requirement of 20mA. Not all SS relays are the same so you need to check there specs if you use another one.

Not the answer you're looking for? Browse other questions tagged relay digitalwrite or ask your own question.

0
What info should I look for when choosing a solid state relay for arduino?
0
Relay module and internal pull-up resistors
9
Reasons why it is not OK to connect a relay directly from an Arduino digital pin
0
Relay doing opposite to digital pin
1
Digital pin output voltage, not triggering 71mA relay coil
0
Error while trying to drive relay through the state of a digital input pin in Arduino
3
Arduino digital output pin controling relay problem
1
Solid-state relay boards: Can they be used to switch audio signals?
0
Adding WiFi to my Arduino Keypad Lock
2
Digital pin output voltage fall down when driving a relay