can i use bluetooth from a speaker as a bluetooth module?

i have a Bluetooth speakers that i don't want,and i was wondering if i can use its Bluetooth as a Bluetooth module to use it with Arduino. if so how what pins should i use. here is a pin diagram for the module. 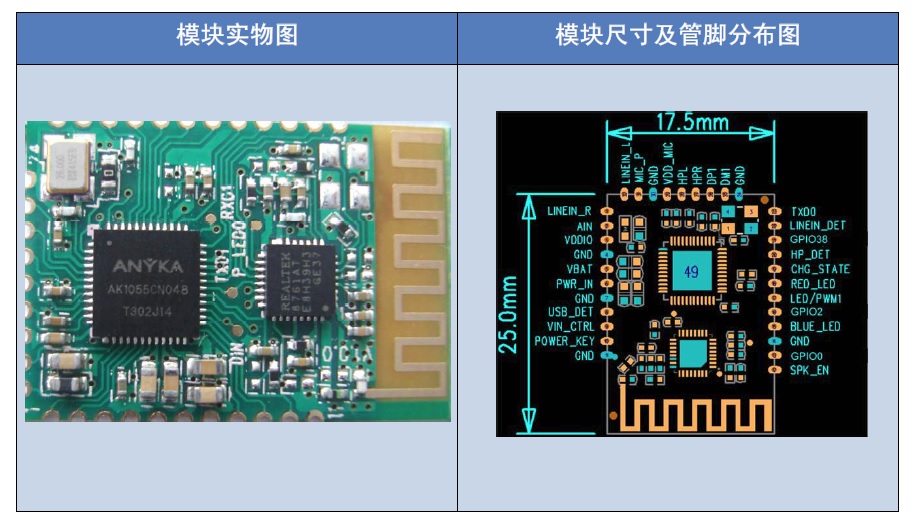 Bluetooth actually uses many different protocols to support many different Bluetooth applications. For 2 channel good fidelity music with high latency and a very low bandwidth return only suitable for short infrequent commands like PAUSE and PLAY, most use A2DP or Advanced Audio Distribution Profile.

As most Arduino platforms use very low powered processors, good fidelity sound manipulation is not possible or is very difficult. This only leaves the very low bandwidth return channel only suitable for short infrequent commands. If you can imagine a use case for this channel it may be possible to use a low powered Arduino to send these PAUSE, PLAY, STOP type commands.

I see in the diagram that there may be an "microphone in pin". If true this hints that the module also supports the Bluetooth HFP (Hands Free Profile) protocol. This is a lower fidelity 2 directional low latency audio channel with a very low bandwidth return only suitable for short infrequent commands like ANSWER and HANGUP. Instead of music this is used to make phone calls. This might be of more interest to Arduino project builders as this might be made into an intercom.

Not the answer you're looking for? Browse other questions tagged bluetooth speaker or ask your own question.