I’ve been trying to make an Arduino emf because no brand makes a commercial one like a board/module. I’ve tried connecting ones that work (circuits from store bought devices) and making my own but they never seem to work despite being done correctly.

In the video linked above he says you can use an Arduino without any other components except a 3.3M ohm resistor to make a emf detector and in the video his is decently responsive! I don’t have a 3.3M ohm resistor I’m was using a 1M and and before that I was using three 1M and a 3K chained together but that didn’t works. I am now using them with shorter leads and only 3M. Also I’m using tinned copper wire for the antenna but that shouldn’t matter as I sanded it off. I’m extremely pissed because I’ve been trying to find some way to integrate an EMF sensor with an Arduino for months and all the different ways that work in videos online don’t for me. I’m powering it with a 9v battery and also tried powering it from my laptop. If I touch the bare antenna the led goes on but bringing my iPhone next to it does nothing or even the soldering iron, also I’ve tried multiple antennas. I really need help I’m not sure what the problem is. Also if there is any other way that you know of to implement a good EMF sensor with an Arduino that is compact I’m all ears. Thanks in advance. 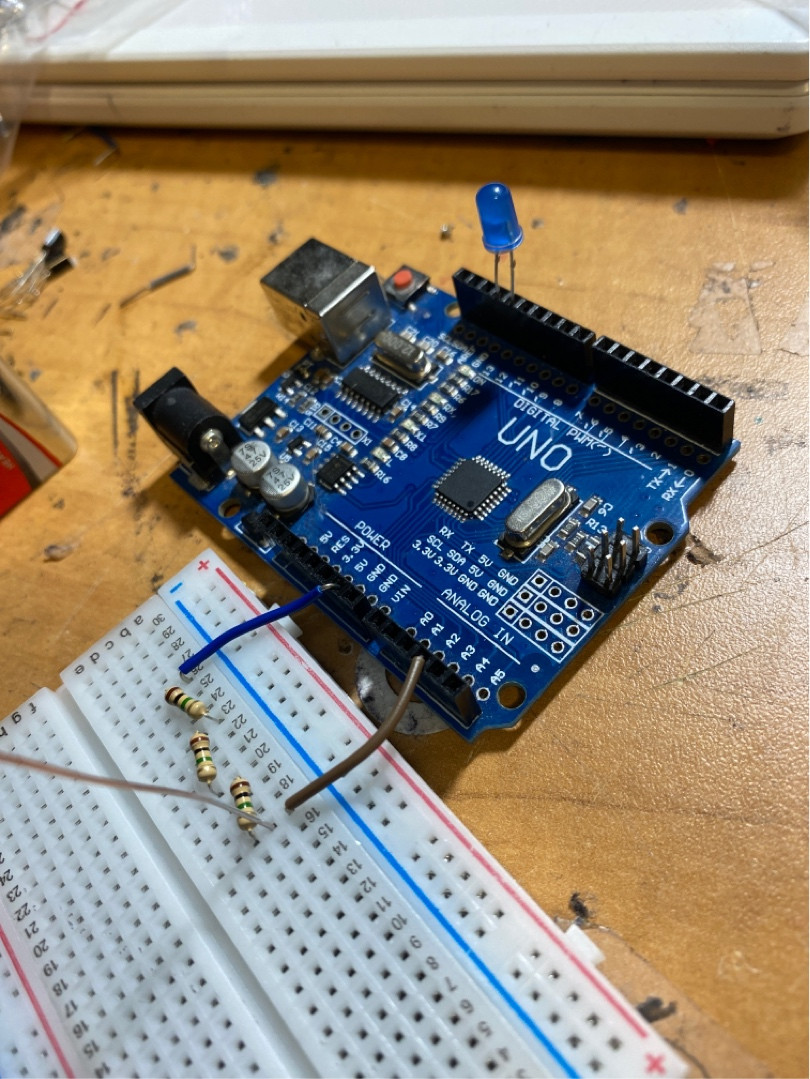 Browse other questions tagged arduino-uno sensors power or ask your own question.

5
ArduinoMEGA: 64 digital inputs cause random digitalRead values
2
nrf24l01+ with antenna problem
1
Arduino water pump not working and beeping
2
Cannot power up Arduino Uno + Ethernet Shield with other than computer USB
0
Binary addressing and coding to control a 96 input mux matrix
0
No potential across output of H-bridge
1
Powering two stepper motors with A4988 drivers
1
Is this a feasible circuit?