I am using an Arduino Pro Mini and a non-contact liquid sensor (XKC-Y25-V). I have the positive of the liquid sensor connected to pin 5, its sensor to pin 3 and ground to ground. I turn on the device digitalWrite (5,HIGH);, and then read pin 3 . When the sensor senses water it is ON and I have The Arduino turn on another pin for a second and then turn it back off, then I turn off the power to pin 5 disabling the sensor. If no water is present nothing happens and I turn off the sensor. After everything is turned off I put the Arduino in sleep mode.My problem is when the sensor detects water and everything is turned off the multimeter says the power consumption is 110mA in sleep mode where as if the sensor doesn't detect water and it turned off the power consumption is 20-30mA in sleep mode. I have checked all the pins and none are powered up. I have unplugged the sensor and its power when the Arduino is in sleep mode and nothing changes. I have tried putting digitalWrite (2,LOW); to disconnect the sensor from the board after the sensor is turned off. Still the same. What could be activated so that it draws power even after everything is turned off. Some code;

I have an older model of this and it works without using so much power 20mA after detection or no detection. The only difference I can see is the original has no capacitors (there are four now) the wiring is .5mm copper where now it is either .25mm copper for power and everything else is .25mm 1oz copper PCB tracings. and instead of HK19 relays I use r70-5d1-5. Could the capacitors or small wiring cause this problem? I just don't understand what I drawing current since when I disconnect the sensor 3 and power 5 from XKC it still draws the same amount. Hope this helps.

I removed the capacitors, no change. Enlarged wire it sensor, no change. Ran old code on new device, no change. Larger relays are using more power to run but shouldn't cause a problem when power cut to XKC. Using a power boost to power antenna and HT12E with pin 9 if water detected but no power to them when 9 is pulled LOW. Where can bleed of power consumption be.

If anyone has any idea, questions, has solved this before I would really appreciate some help. 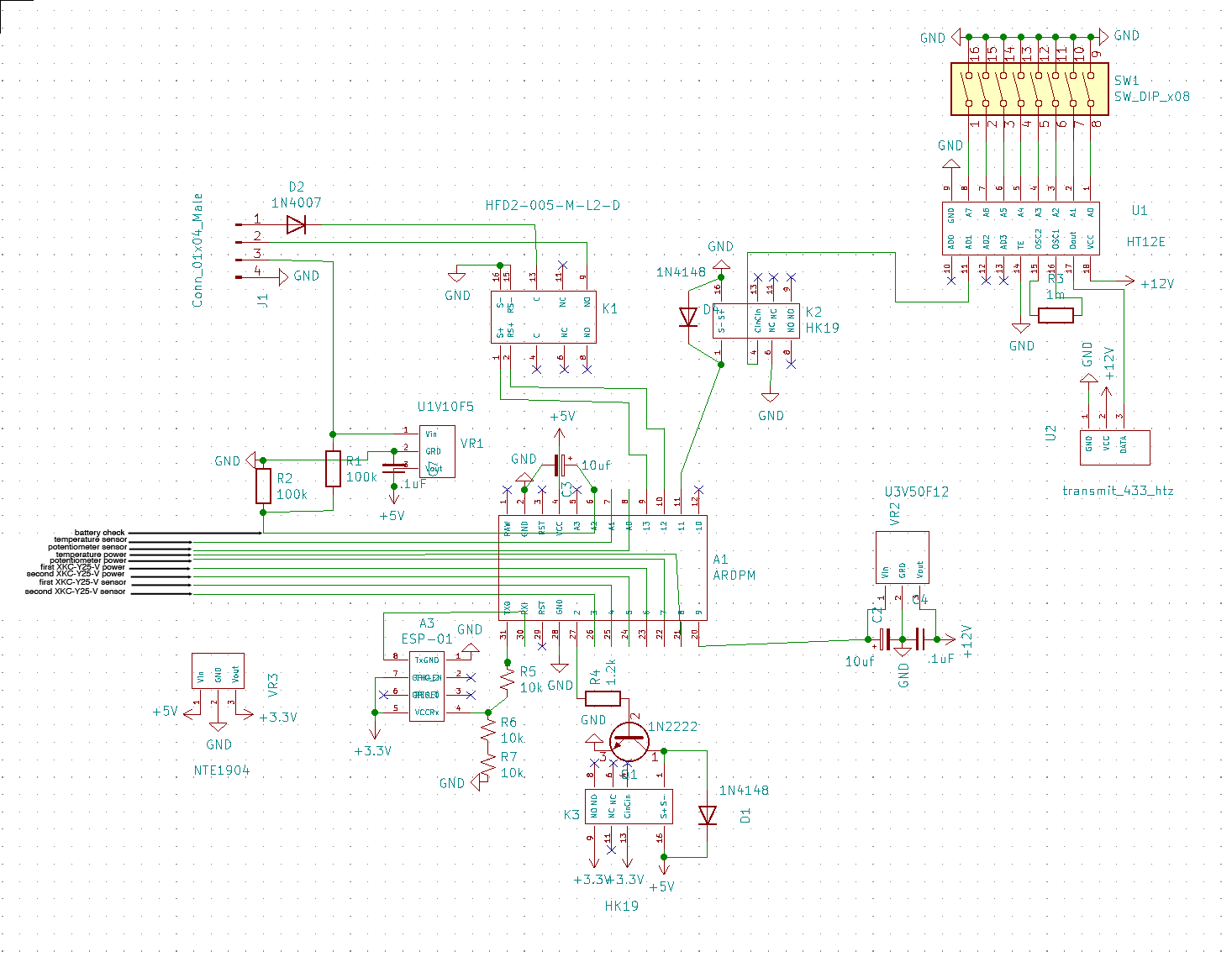 Browse other questions tagged arduino-pro-mini sleep or ask your own question.

3
Is there a way to set an interrupt to go off after a certain period of time?
1
How to wake up Arduino Mega when in Power Saving Sleep Mode?
1
Does IDLE Mode not power down an ATtiny85?
2
Arduino Project Power Consumption Calculations
1
Strange power comsuption into sleep mode
1
Wakeup Pin ESP8266
4
MAX7219 powered on via digital pin set to HIGH is not working good (I < 25mA)
1
Sleep power down mode with change interrupt
1
How ro re-enable 32u4 USB controller after sleep mode?
0
wake from powerDown to check sensor then put back to sleep