WS2812B are only white on custom board

I recently designed a board for an LED project. I am using WS2812B as the LED, and an ATMEGA328P-AU as the microcontroller. I also am using an arduino nano as my ISP and using "flash with programmer". When I flashed the FastLED blink example (Code below) the LED lit up as white and stayed white when it was supposed to flash red. I tried various examples and they all had the same outcome, just white. Am I missing a crucial component in my circuit (aside from some decoupling capacitors)? Is it a software problem? 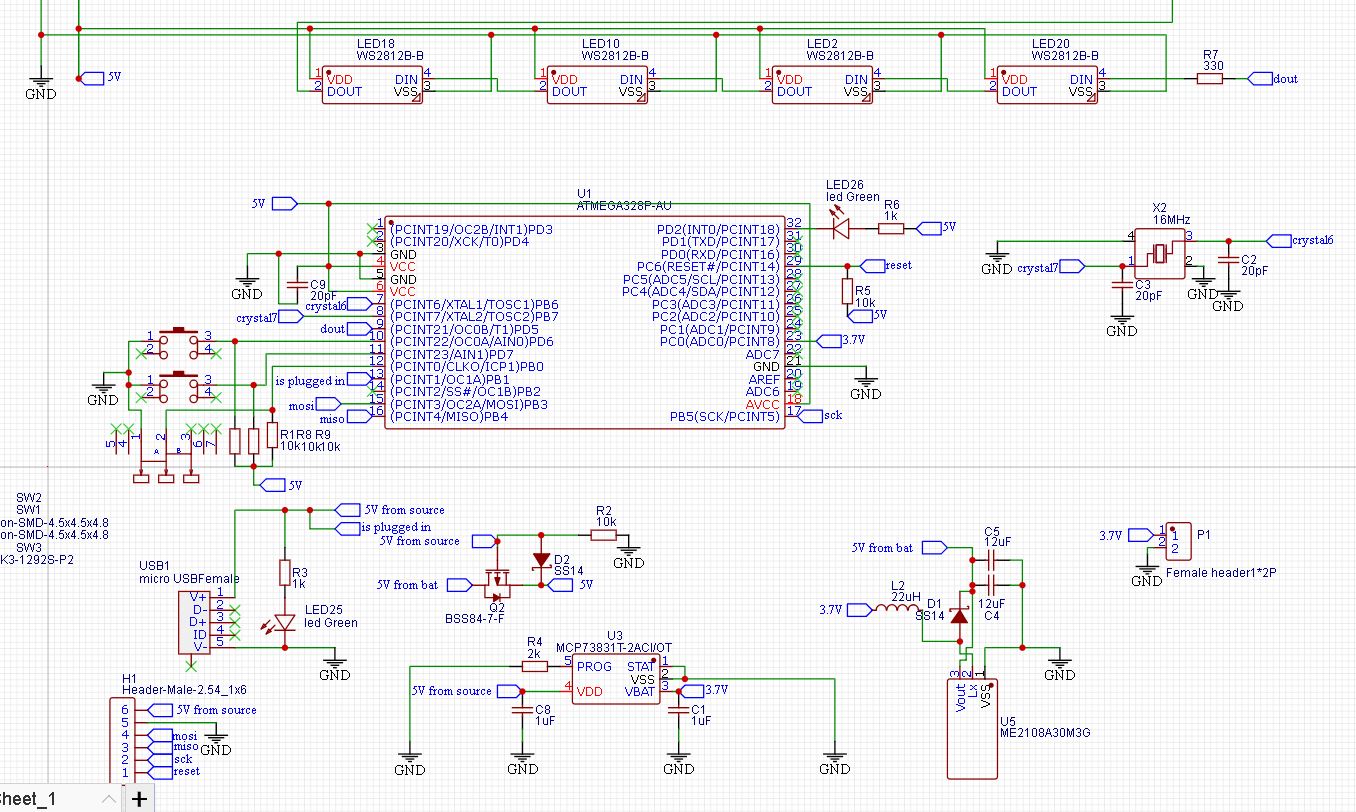 The WS2812B chips are very sensitive to timing. They rely on pulses being just the right length for things to work.

It is common if the timing is off that you just end up with white.

Since you have a blank chip that you have never put a bootloader on the fuses will be set wrongly for your configuration. By default a chip comes configured for the internal 8MHz oscillator. That means that everything will be running at half the speed.

Not the answer you're looking for? Browse other questions tagged atmega328 rgb-led ws2812 pcb-design or ask your own question.