newbie here. So I've been trying to upload StandardFirmataPlus into my Arduino Nano 33 IoT so that I can program in Johnny-Five. However I have this issue. 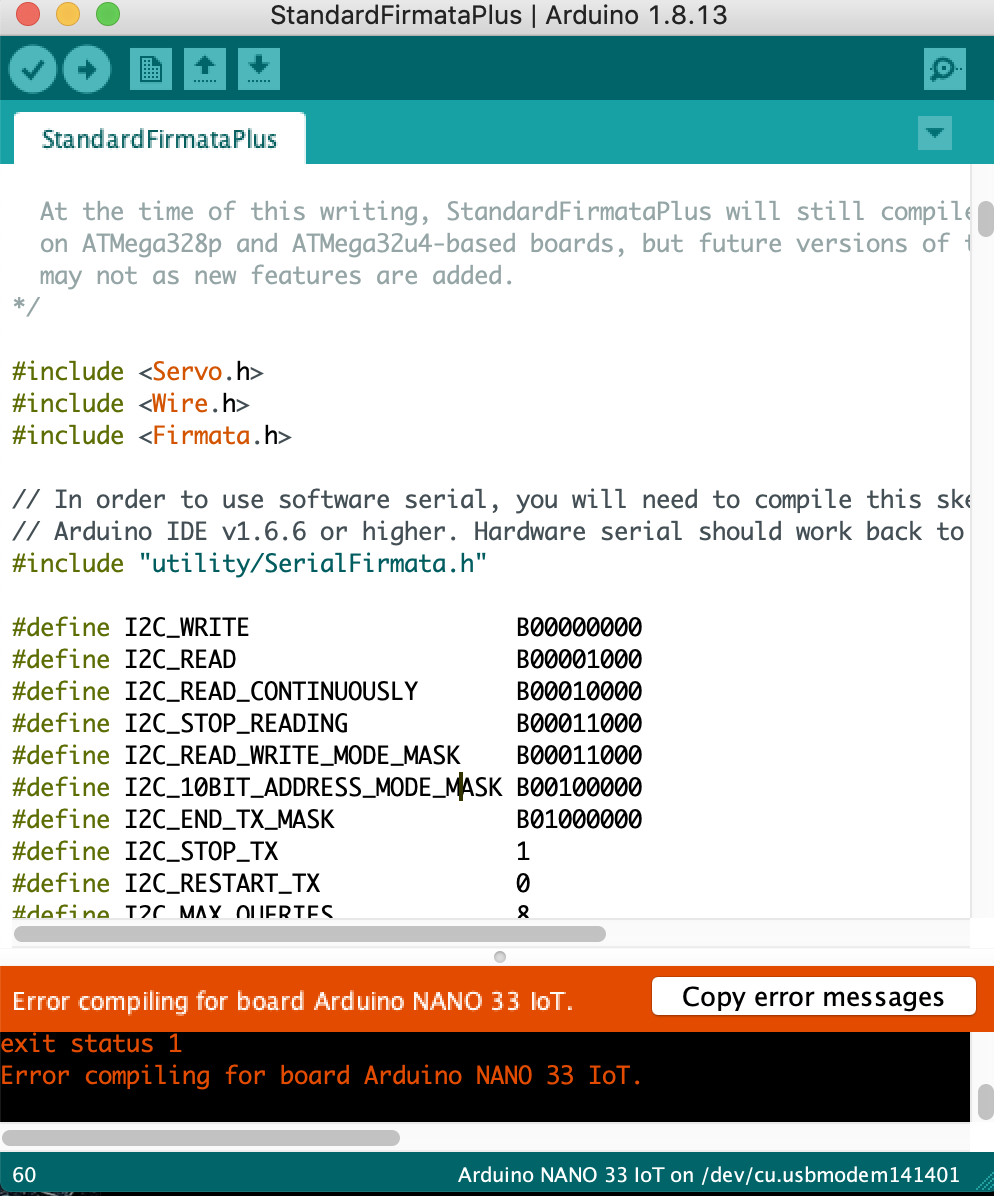 I've checked that my port is connected and that the libraries are up to date. The docs say that if my board does not enough flash or RAM then the code wouldn't work. The code seems to work fine on other boards which have the same memory such as the Arduino UNO. My board is not a clone. And I've also checked that my Board Manager is set to "SAMD". If anyone has faced this issue and resolved, do share how you did it. Thanks in advance. If I've mentioned anything wrong do correct me =).

Browse other questions tagged arduino-nano firmata johnny-five or ask your own question.