Arduino Yun receives UDP packets but prints them with gibberish

Arduino Yun is set to receive UDP packets. It receives those data with some gibberish. 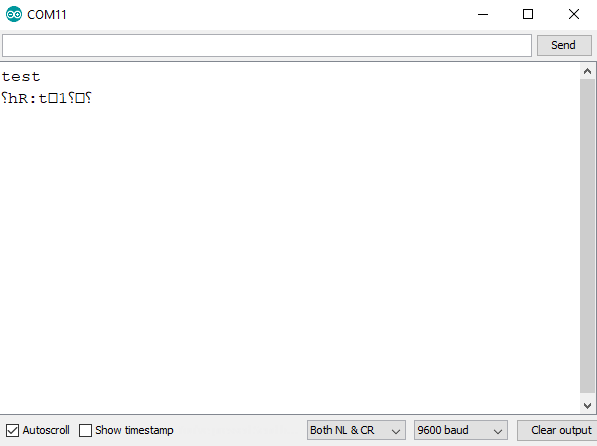 Sometimes gibberish characters are different, but always exist. This is what Wireshark monitors when I send the "test" packet (with netcat) to my Arduino Yun: 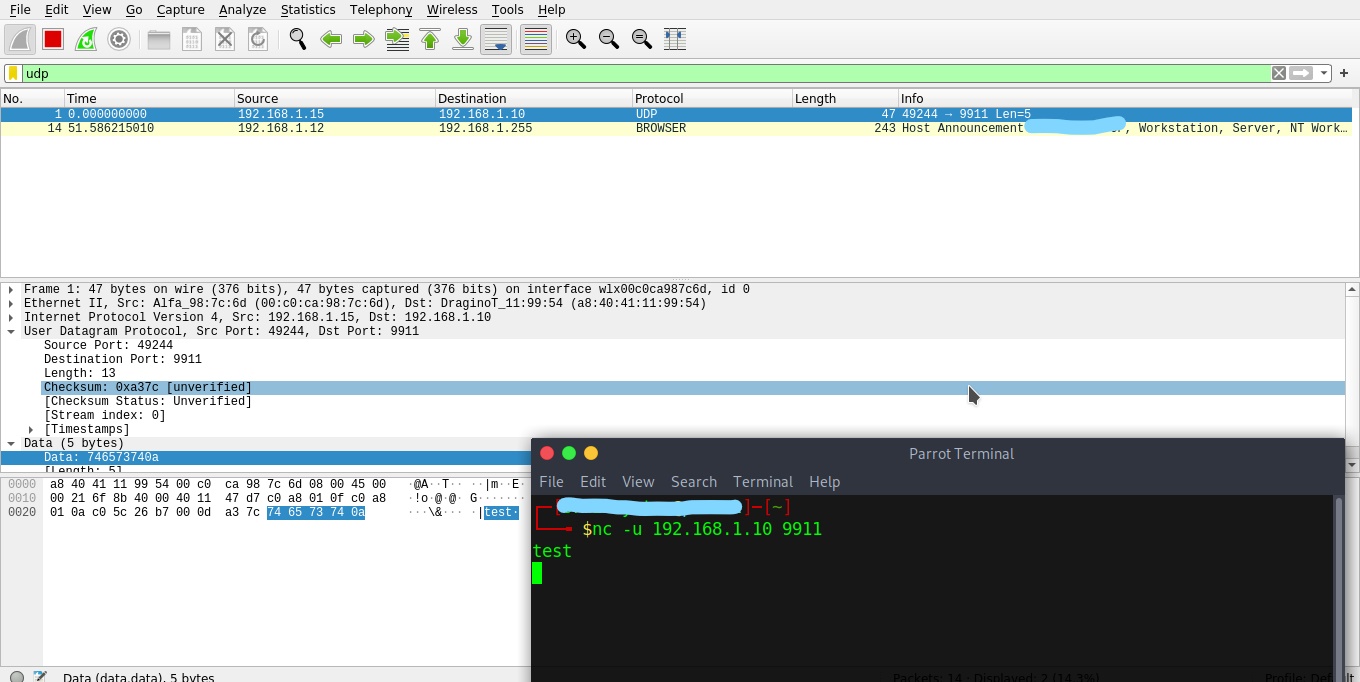 It shows that indeed I send only "test", so the gibberish is created on the Arduino side, I suppose.

This is my sketch (not the entire code, but the important part):

I use BridgeUdp.h Any insights appreciated.

You are receiving a small packet of about 5 or 6 characters (depending on your line ending). That is being received into a 16 byte buffer which has contents unknown. So the first 5 or 6 bytes of the array have valid data in it. The rest is whatever was already in there.

You need to use the return value of Udp.parsePacket() to tell you how many of the bytes in your buffer are actually valid received bytes and only print those.

You send only 5 or 6 characters "test\r\n". the rest is random memory content.

The return value of parsePacket should be the count of received characters, but the implementation in BridgeUdp is wrong and returns always 1 on success.

You you can use BridgeUdp.available() to get the count.

Not the answer you're looking for? Browse other questions tagged serial communication ethernet arduino-yun or ask your own question.