Something like the Pololu AVR Programmer v2.1 can be bought for $7 and used with the free Arduino development software (IDE). I have used this to program an ATtiny85. This is what I would suggest, because a programmer is the most versatile solution. 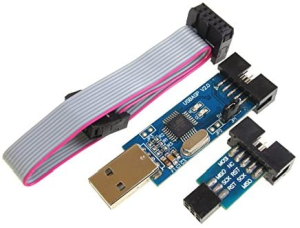 Even cheaper, a $4 USBASP

I have used an old Arduino Duemilanove using the Arduino as ISP sketch as a programmer for an ATtiny85 but any Arduino with inbuilt USB and enough GPIO could be used. There are some low cost ATmega328P or ATmega32u4 based Arduino clones that would be suitable. A Nano v3 clone costs $4.50. 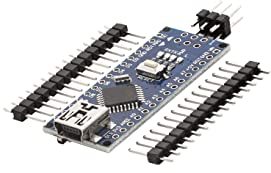 Development Board with USB $3

As others have commented, you can buy a "digispark" (just Google and click "shopping") for three or four dollars. This is essentially a breakout board with an ATtiny85, a USB connector and a soft-USB-capable bootloader pre-loaded onto the ATtiny85. You can program it with the Arduino IDE after using the IDE's board-manager to install Digistump's "core" definitions for the Digispark. It doesn't need another Arduino nor an AVR Programmer. I bought three on Amazon for $9 a month ago. 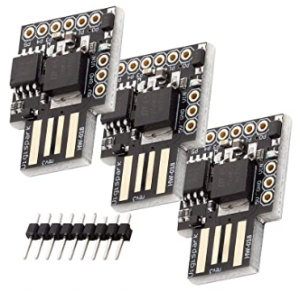 Since it is an Arduino-compatible development board, it doesn't really meet your requirement of "without Arduino" - but it might be the closest solution to what you have in mind.

Yes, 12 LEDs individually controlled with just four resistors and four pins of an eight-pin ATtiny85 and and no other components!

I have no affiliation with the above site, I just think it is one anyone new to electronics with an ATtiny85 would find interesting.

Not the answer you're looking for? Browse other questions tagged arduino-uno programming avr attiny85 or ask your own question.

1
Programming “Arduino” code to AT90S8515?
0
Programming an ATtiny85
3
Can I compile a sketch for my attiny85 without an arduino board?
0
Can I program a 20MHz Attiny85 with the 8MHz Internal Clock option in the Arduino Software?
0
ATTINY85 with RGB LED
0
About ATTINY85 Development Board
1
Problem with programming digispark ATtiny85 board with Arduino IDE
1
Programming ATtiny85 with Arduino-IDE and an 8MHz external oscillator