Can two electronic speed controllers be connected to the same ground pin?

I have a setup to read two sets of signals from a radio control receiver using an Arduino NANO: the throttle channel and the rudder channel. With some programming knowledge (which I have) this isn't too difficult, but I need help on the electrical side of things. This is the current setup I have (it works, though I'm told there is the possibility that my computer is acting as a ground for the PWM signal wires from the receiver): 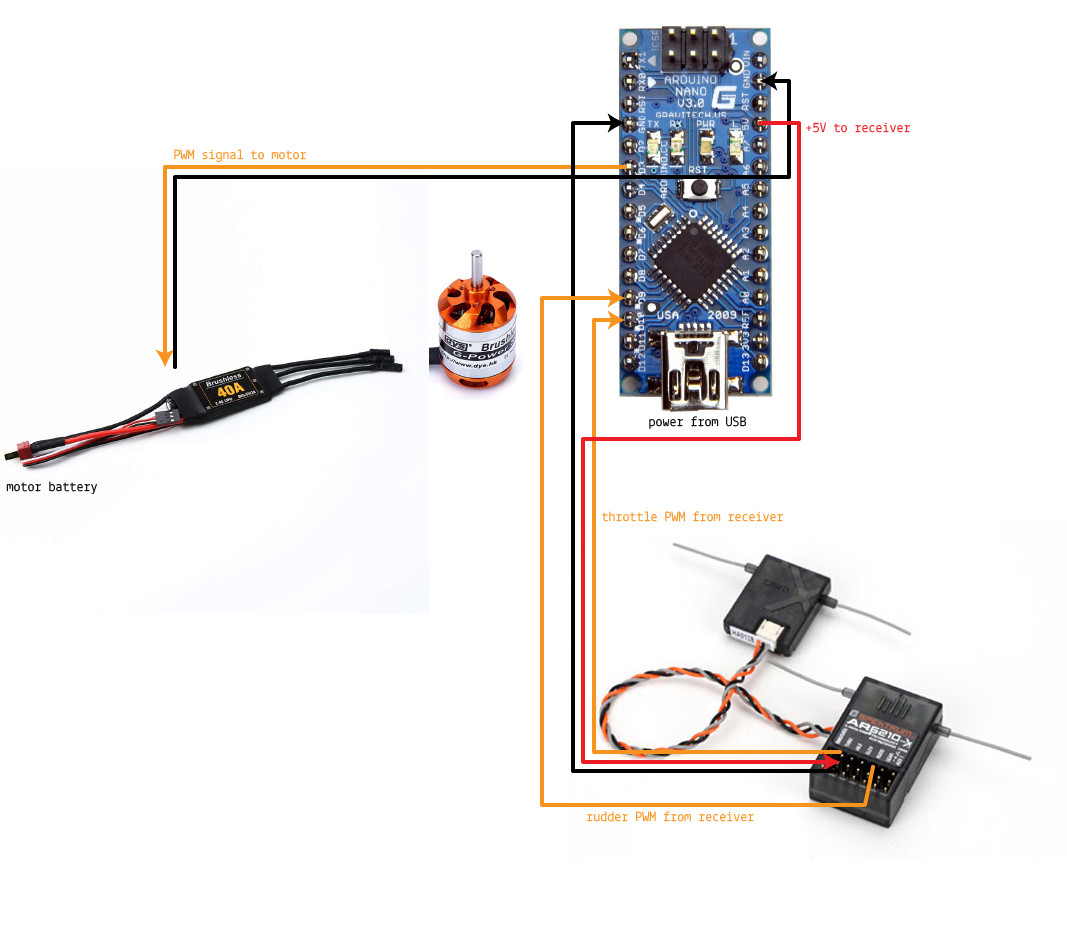 OK, great. I'm able to control the motor programmatically, mix values from the receiver, etc. See this video for what I'm doing. However, this setup leaves some gaps:

Question 1 I actually need two motors for dual thrust. Each motor is to be controlled individually by the program (for asymmetric thrust). Since there are only two grounds on the Arduino, can I plug both ESC grounds to the same pin? Currently, the receiver is getting power from the Arduino, and grounds back. The speed controller grounds to the second ground pin. Diagram below: 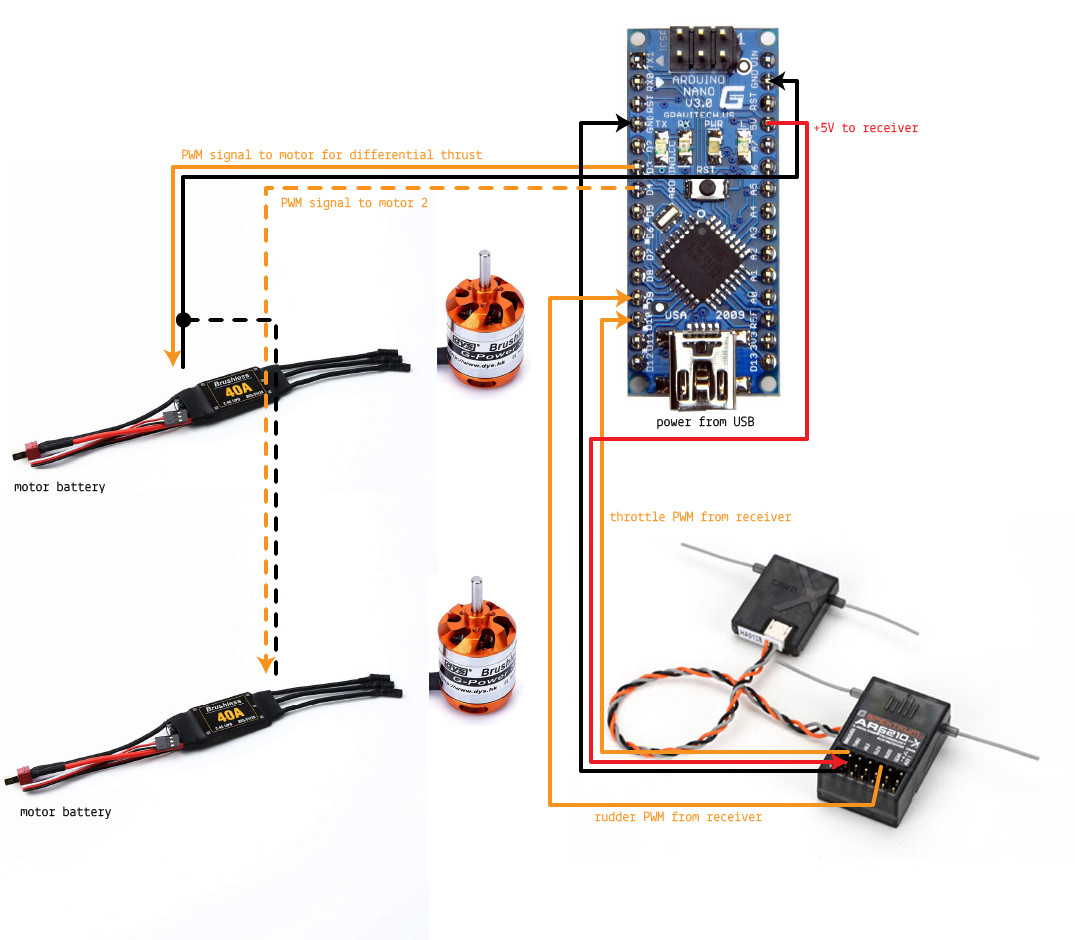 Question 2 All that is great, but the NANO is still powered by USB: obviously I'm not putting my laptop in the RC boat just to supply a few volts! Incidentally, both electronic speed controllers (ESCs) have battery eliminator circuits (BECs), usually used to power the receiver. Would I be able to connect one of them to the VIN pin of the Arduino?

I tried something like that, but the Arduino got very hot near the pin, and it smelled. Unfortunately, I don't have my circuit at the time. The Arduino's Amazon page states support for 5V to 12V external power supply. Each ESC can supply 5V at 3A. Maybe there's a way to plug them to make 10V?

Question 3 My idea also calls for three sets of LEDs, which will be lit also based on inputs from the receiver. Can these be grounded to the same wire, like I was suggesting above for the ESCs?

Not the answer you're looking for? Browse other questions tagged arduino-nano voltage-level remote-control or ask your own question.

0
Arduino voltage drop while communicating with another Arduino
1
Supply 5V to Arduino
5
How to power my Arduino mini using wall socket?
0
Controlling 4 LED strips
1
Arduino ESC controlled motor has issues
0
Battery life with Nano v3
0
What options do I have to get 5v on my current project?
0
Using L298N bridge to control smart lock
0
PWM Input Pins Never Receive a Value from Working Receiver?