I have a Nokia 5110 LCD which is using this display PCD8544, I am using a arduino yun and johnny five I have hooked up the following pins. So far with my node app all that happens is the lcd lights up. I am not sure if maybe the lcd is not supported with johnny five, if I have a pin wrong. I followed this site for the pin setup https://lastminuteengineers.com/nokia-5110-lcd-arduino-tutorial/ Any help would be greatly appreciated. This is my first attempt with Johnny five and second attempt at hooking anything up to a bread board. Hope we can get this working. Thanks

Here is my code

Here is my configuration

Here is are some images of the setup 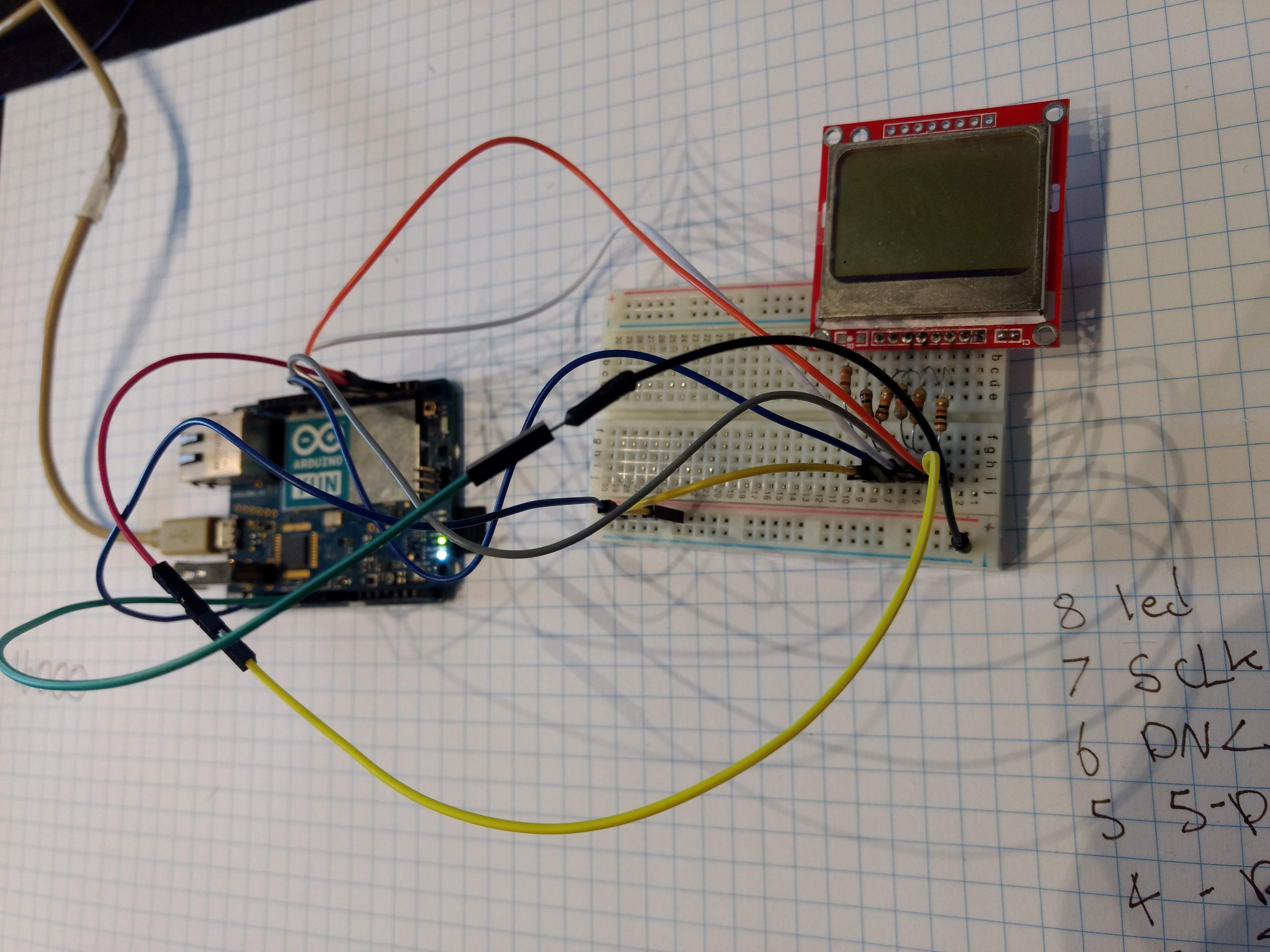 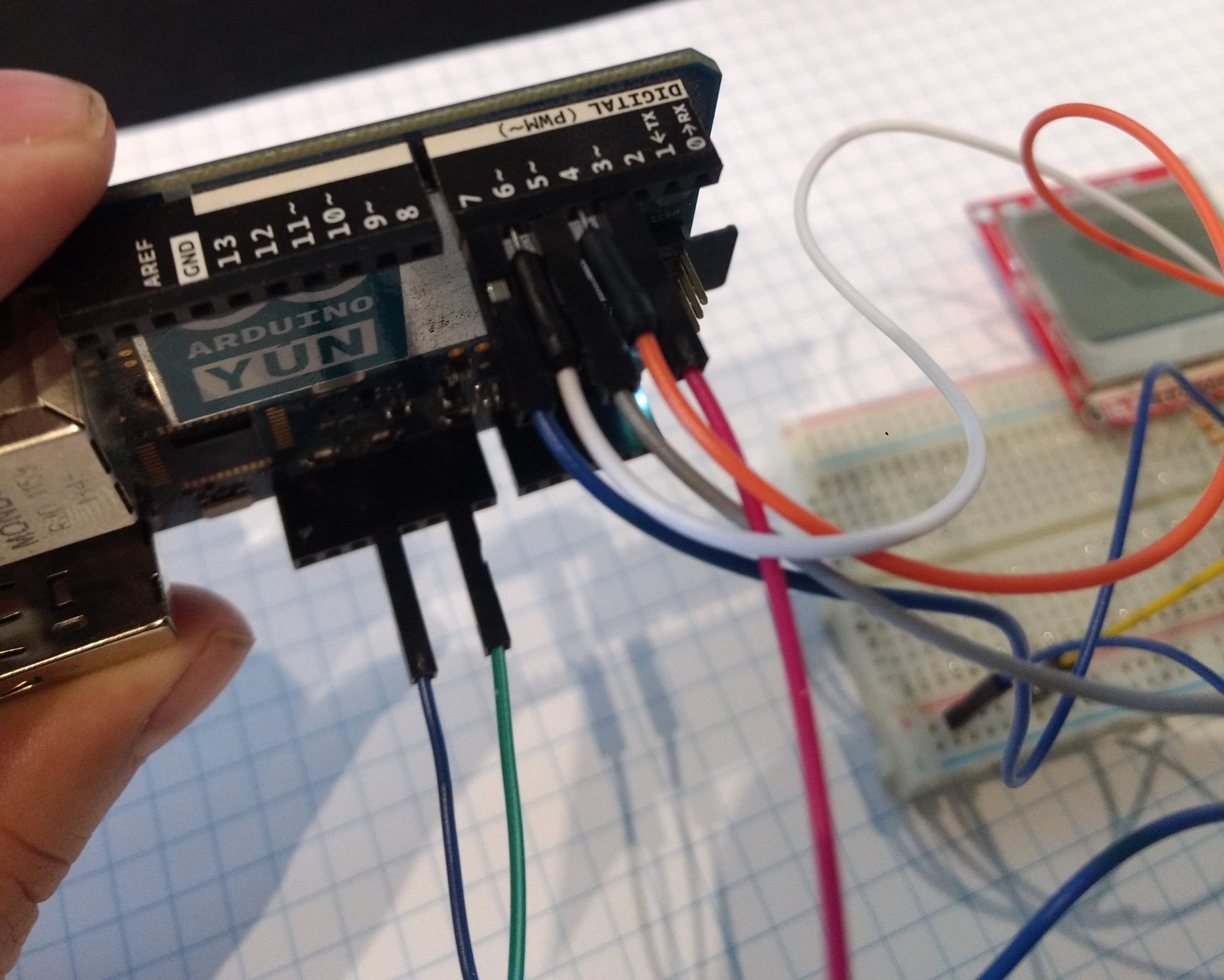 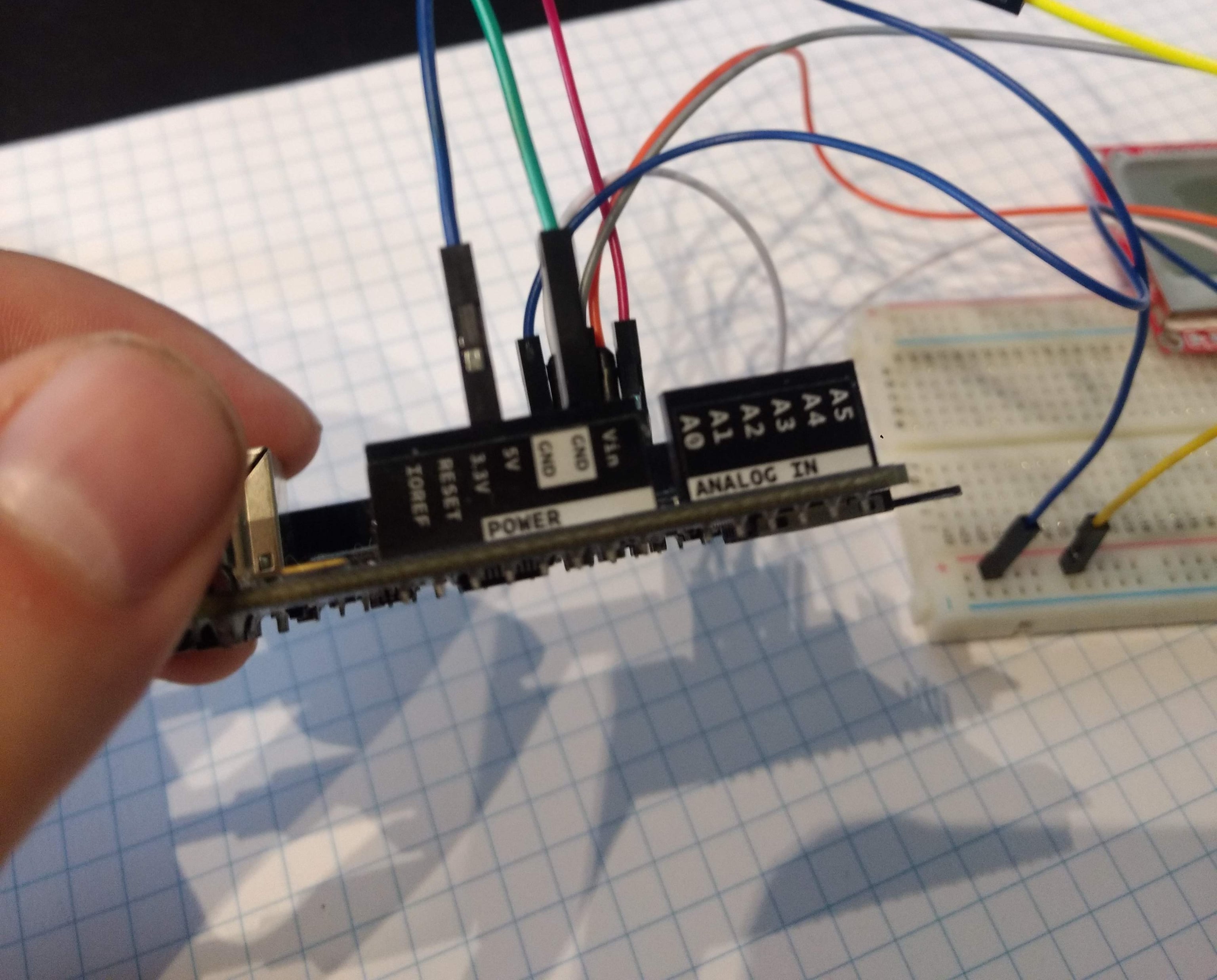 Update so my configuration looks more like this now

You can find out the ICSP header pin assignment at Arduino SPI reference page. So here is the connection between Arduino Yun and LCD5110

Note 1: Although you could use any GPIO for D/C and SCE, you should consult the library that you are using to see what pin the library used for the data/command line and SS line.

Note 2: Connecting to a GPIO pin allows you to turn on and off the LED backlight, you could ignore the connection if you don't want the backlight, or you could connect it directly to 3v3 via a resistor if you want backlight on permanently

If you still have problem in using the LCD5110, please update your question with complete code and the library that you are using.

Not the answer you're looking for? Browse other questions tagged lcd arduino-yun print johnny-five or ask your own question.