What is the baud rate for Wiegand?

I am attempting to develop an Arduino project that can identify the bit format of a card (26-bit being the most common but not the only one).

This a library sets the serial to be 9600 baud. https://github.com/paulo-raca/YetAnotherArduinoWiegandLibrary

This documentation says the data bit width is about 100us and the "inter pulse" or the time between the data bit is 20-100us. https://docs.tibbo.com/taiko/ser_wiegand_mode

Wiegand doesn't have a baud rate as such. It's an edge-based input protocol where it looks for HIGH to LOW transitions on two different input lines.

There are certain timing requirements, in that you can't send data faster than the receiver is capable of receiving and pulses have to be wide enough for the receiver to read, and there is a minimum time for the gap between messages, but other than that there is no defined baud rate. 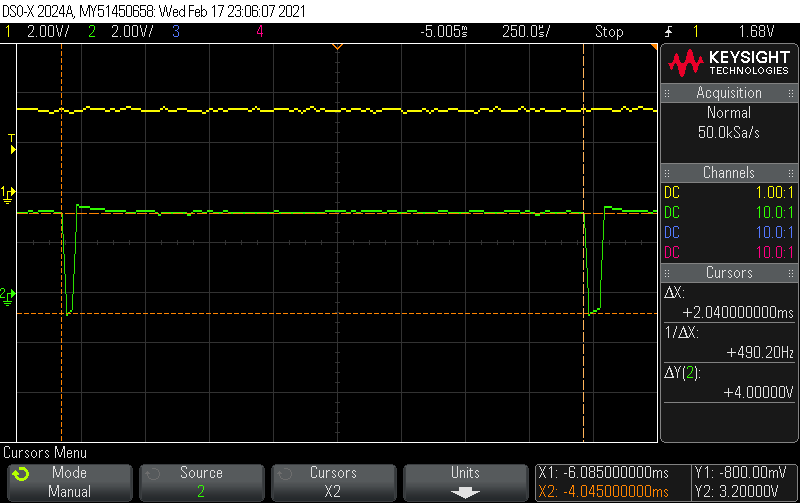 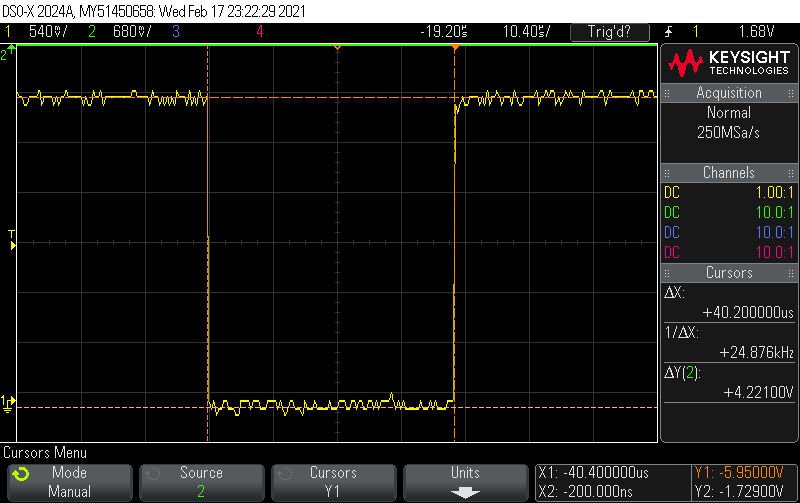 Not the answer you're looking for? Browse other questions tagged baud-rate or ask your own question.