How to control one Mosfet with another mosfet

I've got 4x 12V 6a peltiers and some 3d printer mosfet controllers to drive them using PWM with my arduino. But I've found the mosfets need ~7V to switch on, so I'm now wanting to control them with some logic level ones I had around. I could just use the logic ones directly to the peltiers, but am finding it difficult to make my stripboard capable of handling 24A (this page seems to say I need tracks/wire of 2.3+mm diameter which I don't have). Hence I'm trying to make a circuit for the arduino to use the logic mosfets to control the 3d printer mosfets but can't quite get my head around how to do it. I think I'm missing a power source for the first mosfet - do I need to have a whole separate DC power supply for this to the peltiers? Very grateful for a bit of help please! 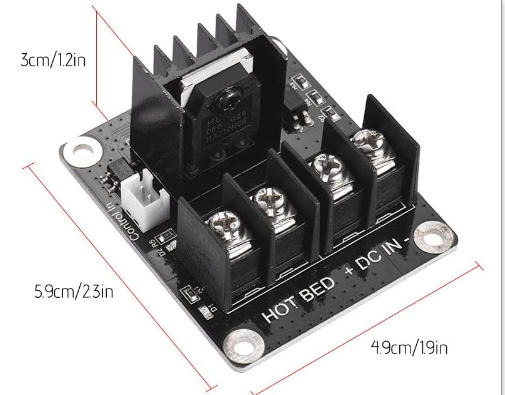 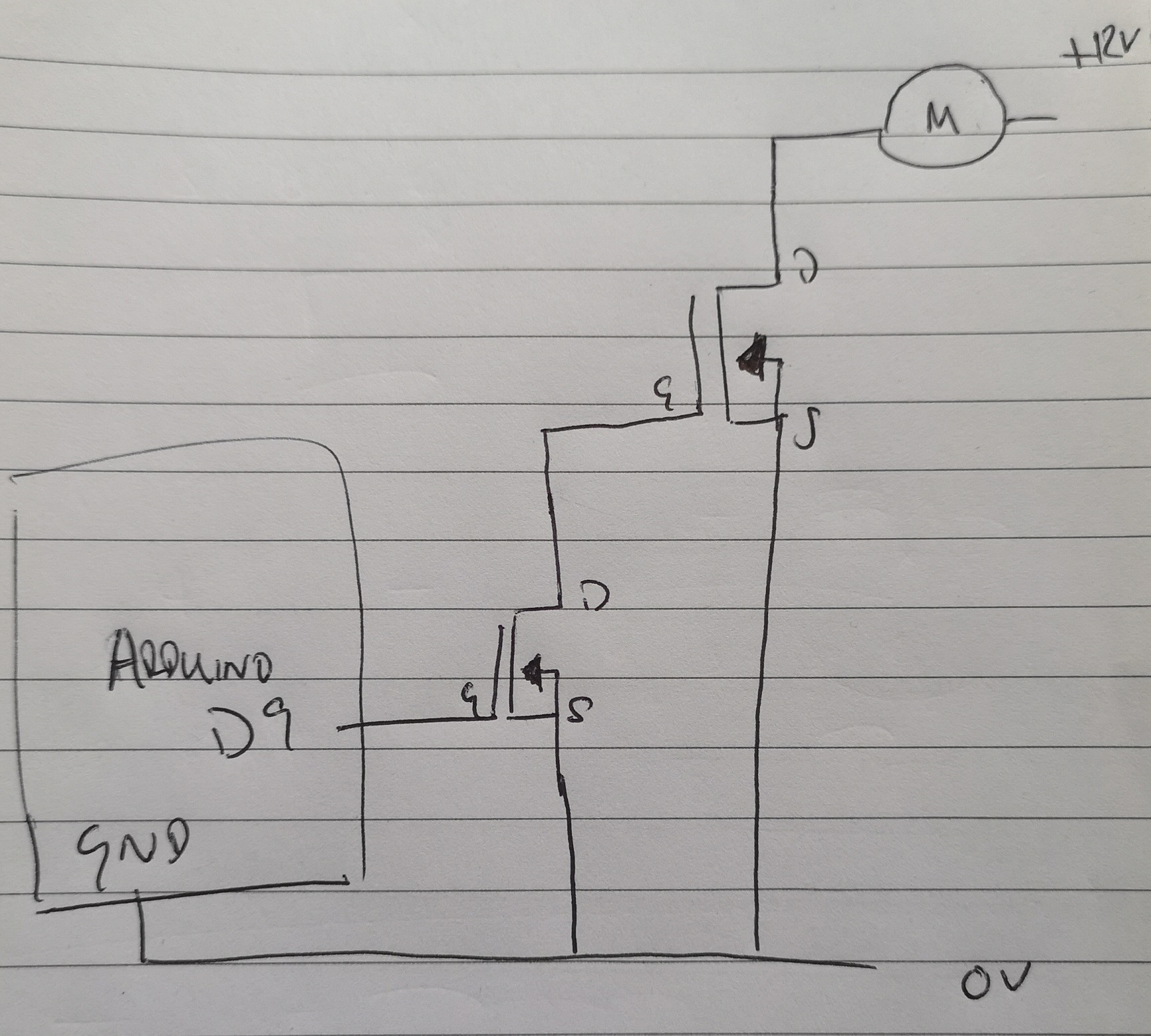 There's one thing you missed with your arrangement, and that is getting the 12V to turn the MOSFET on. In your current arrangement it's possible to turn it off, but never on. Adding a pullup resistor can help: 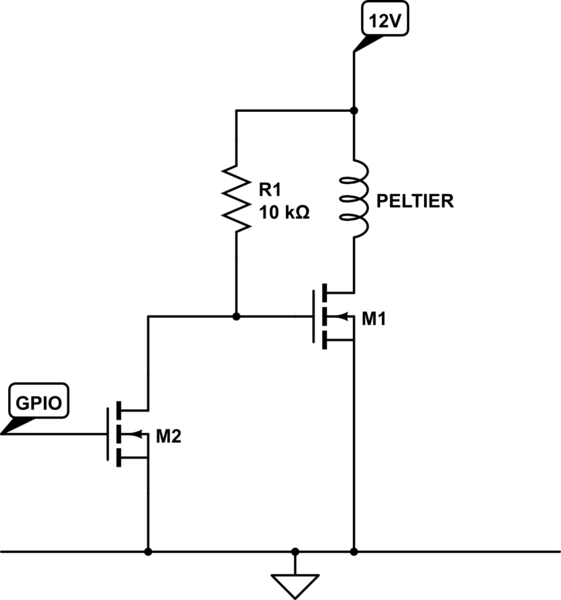 However: you may have noticed that the switching is now backwards: send a HIGH from the Arduino to turn it off. Which of course has the effect that the output is normally on and you have to actively turn it off.

Again a pullup resistor can help: 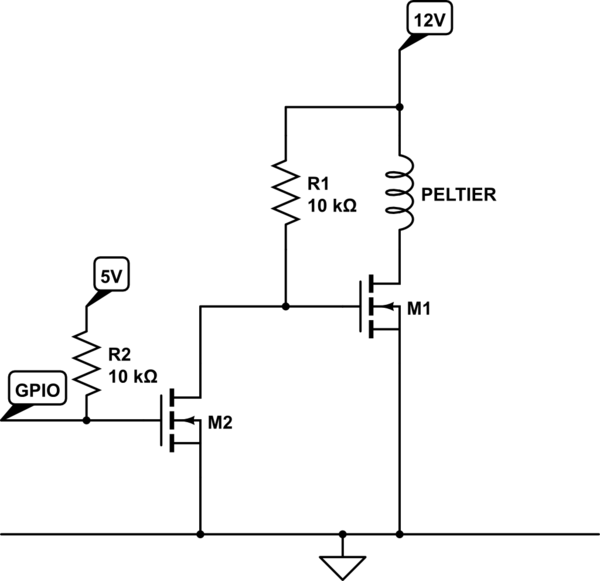 Now R2 keeps the gate of M2 pulled up (switched on) which keeps M1 turned of. That is, until you actively pull the gate down to ground by sending a LOW from the Arduino.

To ensure that the peltier never turns on when you don't want it to you should also take steps to ensure that the 12V power is never provided without the 5V also being provided - so you could maybe power the Arduino through the barrel jack from the 12V supply. It doesn't matter if the 5V is provided but not the 12V, but the other way around could mean the peltier comes on with no active control over it.

Not the answer you're looking for? Browse other questions tagged current mosfet peltier or ask your own question.

2
Driving power MOSFET from 3.3v or lower Arduino Pro Mini
0
Controlling multiple 24V solenoids with Arduino
0
Dc motor backvoltage, how to place the diode correctly?
1
Why does controlling power with a transistor interfere with MHZ19B's serial communication?
0
Is it possible to use the same power source for the arduino and a high current
2
DFPlayer Mini does not boot reliably after being powered down