A few seconds after the motor has been turned on the LCD will go blank (but still powered on). I tried connecting a 100uF electrolytic capacitor across between the logic supply pins on the LCD and a 0.47 µF ceramic between the motor terminals.

I did this because i'm assuming since the motor in operation (its commutator) produces voltage/ current "spikes" they can be coupled back through the common power supply. This could provide some immunity against them actually getting to the display driver and interfering with its operation.

What I did kind of helped, but I feel like I am missing something. Any suggestions? 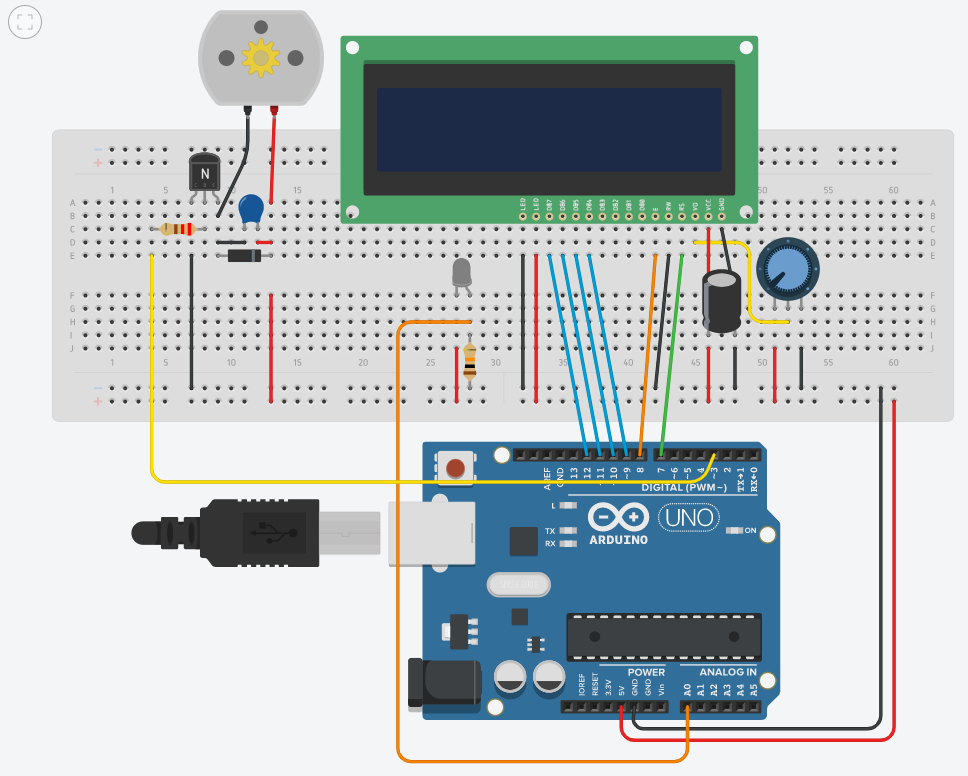 A brush DC electric motor and many other similar devices will produce random noise as well as uneven power demands and should be powered independently of logic circuits such as processors and LCDs. It is very difficult to mediate noise sources and almost always better to remove them from where they are causing harm or unexpected results.

It is also important to power a project with a supply capable of providing more than the expected amperage during highest demand. Many will calculate the highest amperage demand and select a power supply which is rated at double the amperage.

If you are using batteries, note that a 9 volt battery (which usually contains 6 cells) on average supplies about 500mAh. Not much and likely not enough to run a motor with out momentarily dropping the voltage. Where as a D-size battery supplies about 15000mAh. Different battery chemistries change the mAh rating drastically. 500mAh and 15000mAh are about what one may expect from Alkaline batteries.

If using a USB power source, note that older USB ports are only obliged to supply 500mA at any given time. If this current limit is exceeded, the voltage may drop under 5 volts.

There are many designs on the internet where the motor is powered from the Arduino. This may be possible for smaller motors however you are having unexpected behavior. Consider using one or more of the following suggestions to mitigate your problems:

Not the answer you're looking for? Browse other questions tagged arduino-uno lcd or ask your own question.