I want to send some data to an IP Modem from Arduino Uno. That IP Modem has TTL levels TX and RX inputs.

I used this connection between Arduino to the IP Modem: 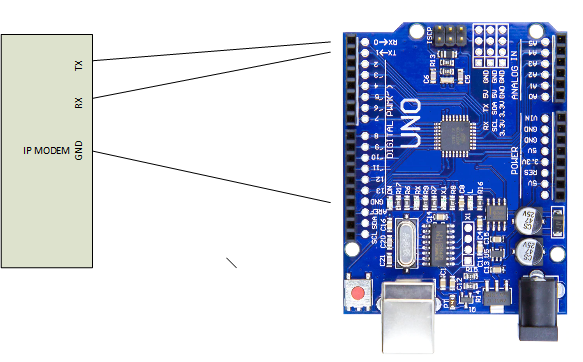 I am powering Arduino with 12 V plugged in the barrel.

This is the photo of the connections: 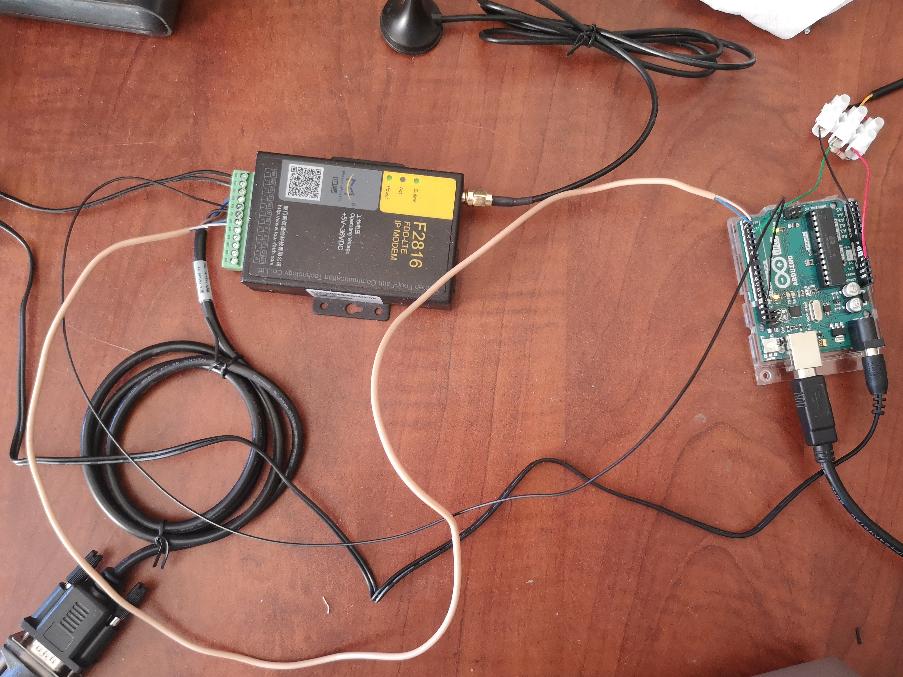 I connected the PC to the USB connector of Arduino and I uploaded the following sketch to send "AABB" to the Modem:

When monitoring what is received by the modem, it is

If I send just "A", the character received each 5 seconds is 0x5F.

In order to discard Modem problem, I connected RX, TX and GND in Arduino to a DB9 female connector and then to a RS232 - USB converter and started monitoring with my PC.

My surprise was that the data received is exactly the same as the received by the modem when it was connected. As seen in the following picture:

Something to note. When I monitor using USB cable connected to Arduino and using Monitor Serie in the Arduino IDE, I see correctly "AABB". The problem is when using TX and RX pins (the same happened if I used other pin along with SoftwareSerial library)

What may be going on?

So initialize inverted add 1 to the end of the contructor like so :

Not the answer you're looking for? Browse other questions tagged arduino-uno serial serial-data or ask your own question.

0
Problem receiving data from RPi to Arduino via serial
1
No response from device when trying to communicate with it via RS-232
2
Why send my Arduino sometime Hex and sometimes the wrong?
1
Sending data via SoftwareSerial results in garbled reception
0
Serial Communication Issue with Telit LE910 LTE Modem
0
Serial Getting Garbage Data with real data
0
Reading SMS using Arduino Uno and SIM800L and print on LCD (16x2 alphanumeric) using serial connection NEED HELP