What is difference between NodeMCU and esp8266?

Since I have no previous experience in electronics I'm getting quite confused while coming across these two terms ..I'd like to know whether they're the same or different.

NodeMCU firmware was developed so that AT commands can be replaced with Lua scripting making the life of developers easier. So it would be redundant to use AT commands again in NodeMCU.

And ESP8266 is one of the microcontrollers supported by the NodeMcu firmware.

In the early days of the hobbyist community's adoption of the ESP8266, ESP8266 development boards were marketed with the name NodeMcu and the term "NodeMcu" started to be associated more with the hardware than the firmware. It is common for people with no interest in the Lua programming language to buy "NodeMcu" boards and program them with the Arduino IDE, which erases the NodeMcu firmware from the board. To make things more confusing, multiple companies marketed boards with the name "NodeMcu", but with small hardware differences. Over time, the NodeMcu boards became less popular in the Arduino world because the similarly priced WeMos D1 Mini came out with the same functionality, but in a smaller form factor. Now, the "NodeMcu" name is being used to market ESP32 boards as well. 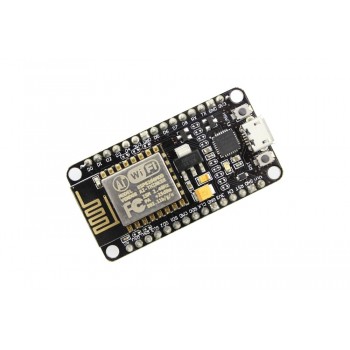 Not the answer you're looking for? Browse other questions tagged esp8266 nodemcu or ask your own question.

3
What is the best serial protocol for bidirectional communication with NodeMCU?
1
Can I use NodeMCU with Arduino to connect to wifi or do I need a separate module?
1
Can I use an ESP8266 as a replacement for an original Arduino?
1
Flashing NodeMCU with .ino file?
1
Difference between 3.3v & 5v
0
How to find the difference between two timestamps
0
NodeMCU ESP8266
0
I'm working on a NodeMCU project and have a small doubt about LEDs and resistors