How to modify this code to simulate a binary encoder?

I have come across the following SPI slave code at this site:

How to modify the above code so that it responds to input clock signal just like in this SSI protocol? Uno or Nano can be used. 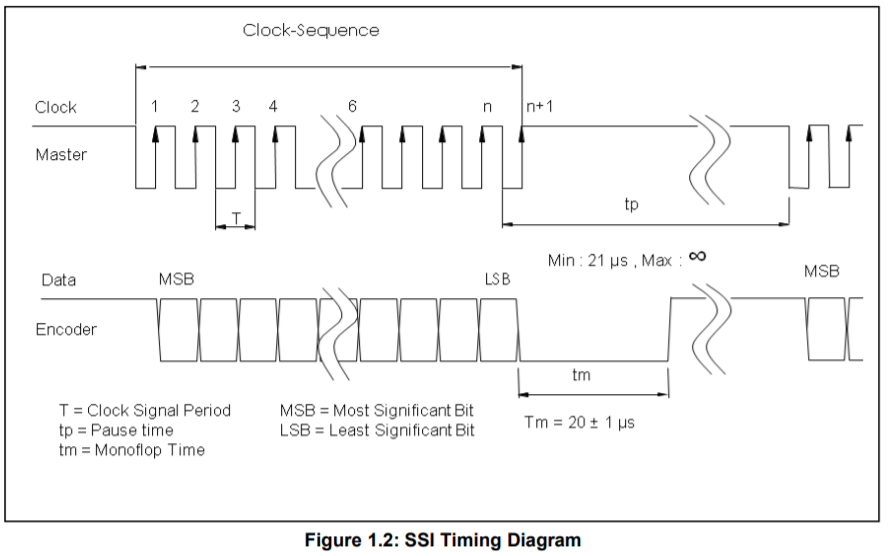 The master's code I plan to use:

You may try to bit-bang the protocol using direct port access. This is less convenient, but way faster than digitalWrite(). Below is an example, untested program. I am assuming the pinout is

Edit: This updated program uses the clock as an input, and the data as an output. The previous version used both lines as outputs, which was due to a misunderstanding of mine.

This should be able to operate at frequencies up to about 200 – 250 kHz. There is a delay of about 0.5 µs between the rising edges of the clock and the data been sent out, with a jitter of 3 clock cycles.

The data word is sent least significant bit first, contrary to what the protocol diagram shows. However, if you send arbitrary data, this should not be an issue.

Note that this is a pure avr-libc program, which does not use the Arduino core. It uses polling to check the inputs and the timer. The interrupts are never enabled.

Not the answer you're looking for? Browse other questions tagged arduino-uno arduino-nano or ask your own question.