I'm trying to use a Wemos D1 mini as a smart button that will boot up, perform a task, and then shut back down. I'd like to do this as a true power off as opposed to any sort of sleep mode.

Any help would be much appreciated.

To do this you would usually use MOSFETs to control the power.

Take the following circuit, for example: 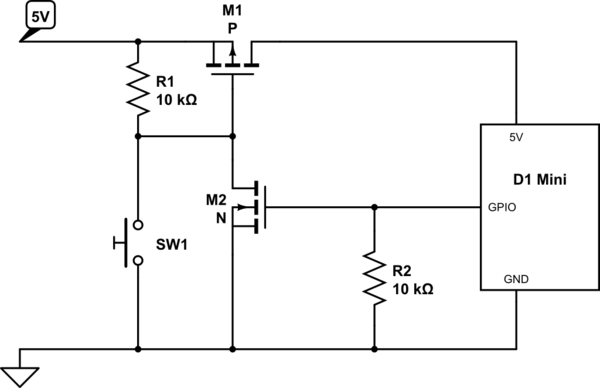 M1 is normally off, having its gate pulled up by R1.

Pressing SW1 pulls the gate of M1 low, allowing current to flow through it to power the D1.

The D1 boots up, and immediately drives the GPIO high.

This then turns on M2 (which is normally off, having the gate pulled down by R2), which in turn pulls the gate of M1 low.

SW1 can now be released since M2 is doing the same job.

To turn off, simply drive the GPIO low, or allow it to float as an input, in which case R2 will turn off M2, which then turns off M1, which stops the current flowing.

Try using D8, also follow this for selecting your pins to make sure the code runs as it is attended to work 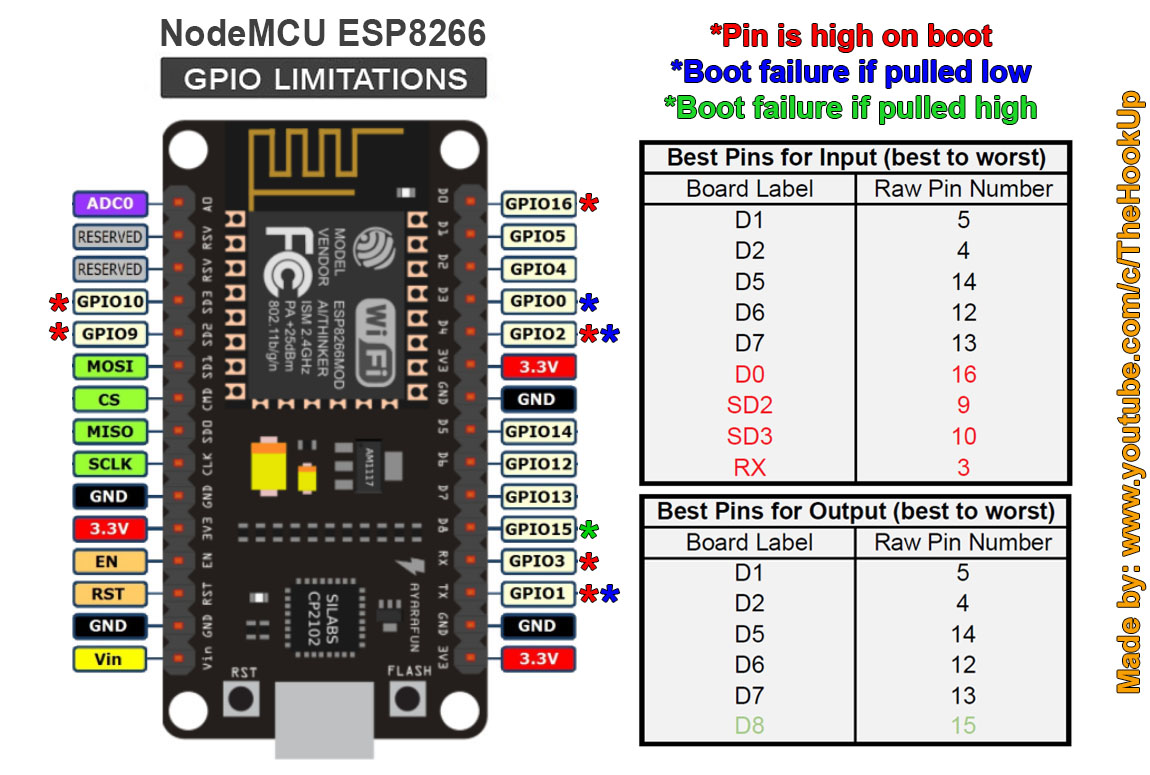 as far as I know, it's not possible [the way as simple as you said]. here's some notes :

2
Critical sections in Arduino, interrupt consuming data
3
Uploading Arduino code, OTA, via connected ESP8266-12E running Esp-Link
0
How to keep a pin LOW for a small amount of time after pushing a button and while device is booting?
2
Updating firmware on Adafruit Huzzah ESP8266
0
Attiny85 route vcc though output pin
0
ESP8266 light sleep - can't wake up
1
ESP-01 wakes up from deep sleep and then hangs