I'm making a desk lamp out of 2x WS2811 strips (attached to the triple ports at top right of board below). The brightness of the strips is controlled by a potentiometer, and the colour by a switch. Each press of the switch cycles through red, blue and white: 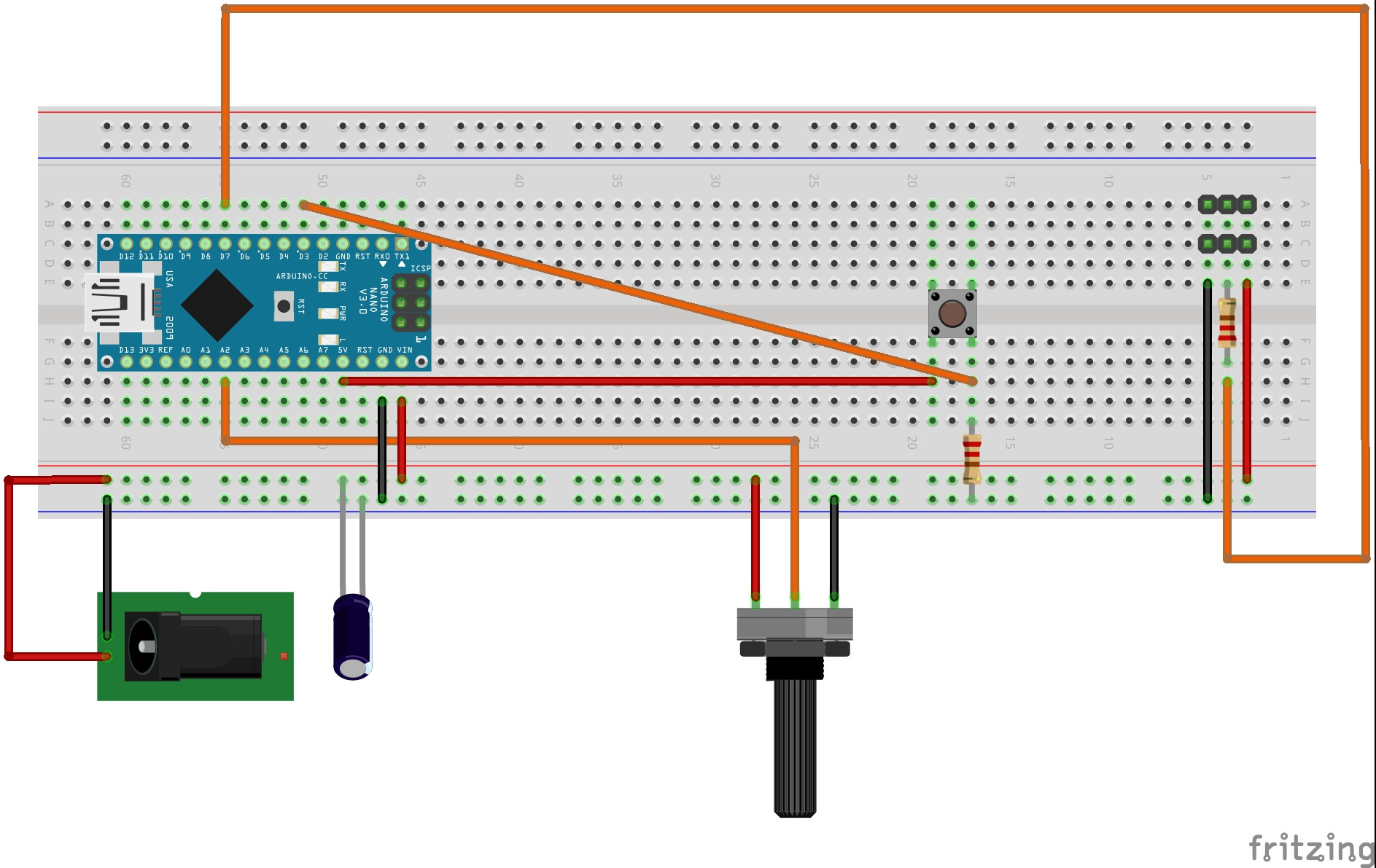 Here's the code I've come up with:

The brightness control works fine, and the switch cycles through the colours once, but the strip stays white once it's there, even though the serial monitor shows the switch changing state. How can I get the strip to cycle back round to red?

The problem lies in your for cycle.

The LEDs are set on, but are never turned off.

2: Blue leds turn on (the leds will probably actually look purple rather than blue here as the red leds are still on)

1,2,3: nothing changes as all leds are already on, strip remains white.

to the state == 1 condition and

Not the answer you're looking for? Browse other questions tagged switch potentiometer led-strip or ask your own question.