I'm working on a proof of concept for using the Adafruit_Thermal printer library with an ATTiny85.

The ATTiny85 does not come with hardware serial capability, so I started looking into using SoftwareSerial to create the serial port necessary. I started down this path and ran into an error in the thermal library's constructor:

If I understand correctly, the verification process is failing because the compiler is looking for a global Serial value in the Adafruit_Thermal.hfile that doesn't exist because the ATTiny85 does not have HardwareSerial.

But, going by the Adafruit_Thermal class' constructor signature the reference passing of Serial is just a default value (right?) so I should be able to remove it and pass in my software serial reference. The SoftwareSerial class inherits from Stream, so it should still be a valid reference pass:

But when I do that, I start getting verification errors that make it look like the thermal instance wasn't constructed, like:

Does this mean the class isn't getting constructed?

I looked at the underlying constructor definition to see if something was blowing up in there, but there doesn't seem to be anything fancy at the constructor level:

This should still work with the software serial reference pass, right?

I'm a bit lost on how to debug this now. Any ideas?

After a reply from Majenko I pulled up the cpp file and looked at the header reference: 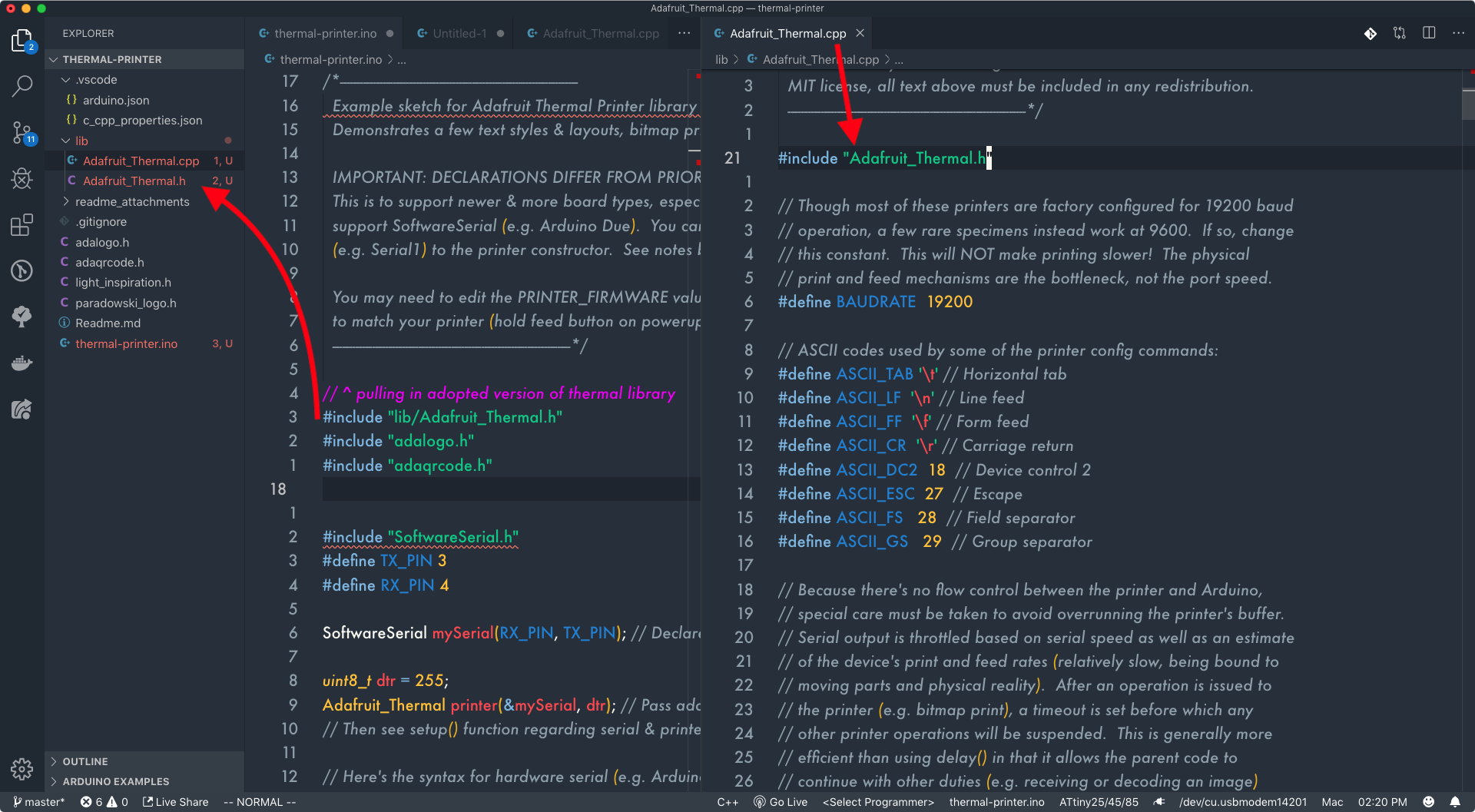 So this means the cpp file was still referring to the include path header file instead of the lib version?

I updated my cpp file to use:

and I still get undefined reference errors, so it may still be something else, but I wanted to share this additional info.

Ah. So is there something you have to do in that IDE to say "Include the files in lib in the compilation`?

I remembered that this issue has bitten me before. Specifically, the issue of including subfolders into a sketch.

I can't find a spot in the arduino reference docs or the IDE's github repository that explains that you need to use src for the subfolder name, but you can find various mentions in the forums. E.g.

So yeah, the solution to my problem was three parts. 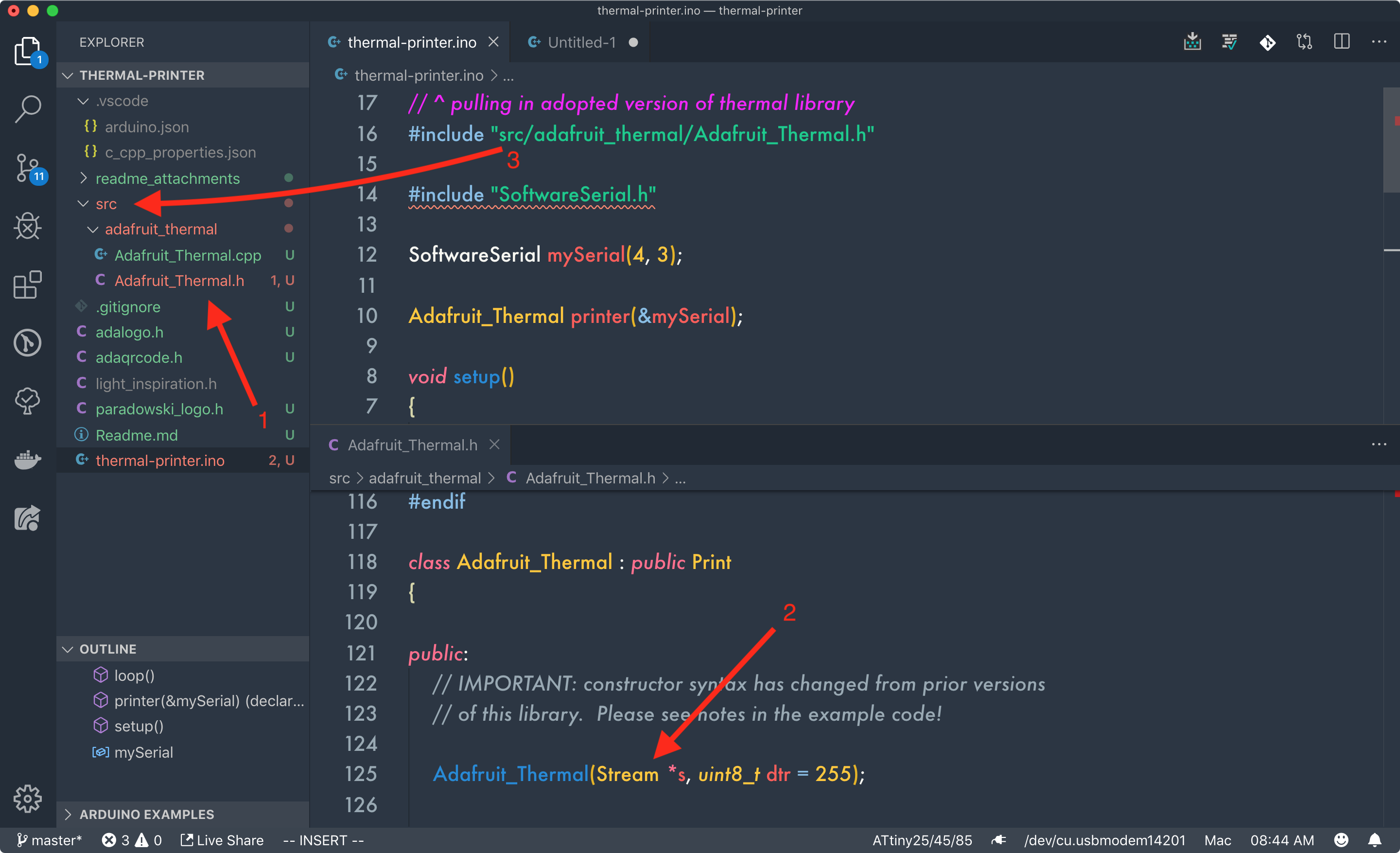 After doing this, the sketch passes verification.

But here's the bittersweet part. After getting past all of this and seeing the compiler get past the sketch verification the bombshell dropped; the sketch is too big for the attiny: 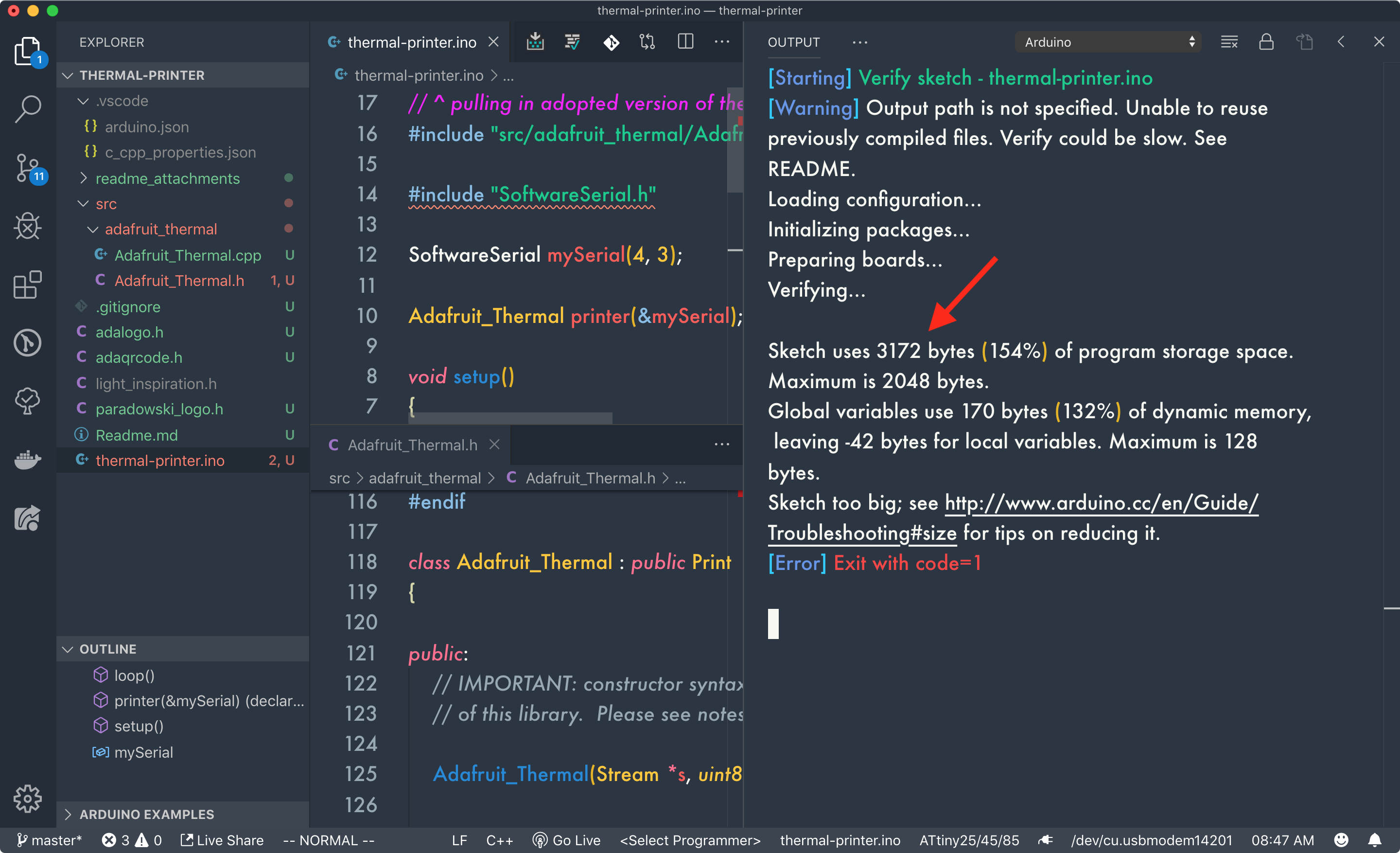 Well, at least I know what was causing the linker/compiler errors and I'll be able to sleep at night :P

Thanks for your help Majenko :bows:.

Not the answer you're looking for? Browse other questions tagged softwareserial adafruit attiny85 or ask your own question.