I have a simple flashing led program that I want to upload on my pro micro (see image) but it doesnt work (see image: no port available, Couldn't find a Board on the selected port. Check that you have the correct port selected. If it is correct, try pressing the board's reset button after initiating the upload.)

I have successfully uploaded this program on my arduino uno.

Ive followed this guide for the drivers and more. https://learn.sparkfun.com/tutorials/pro-micro--fio-v3-hookup-guide/installing-windows 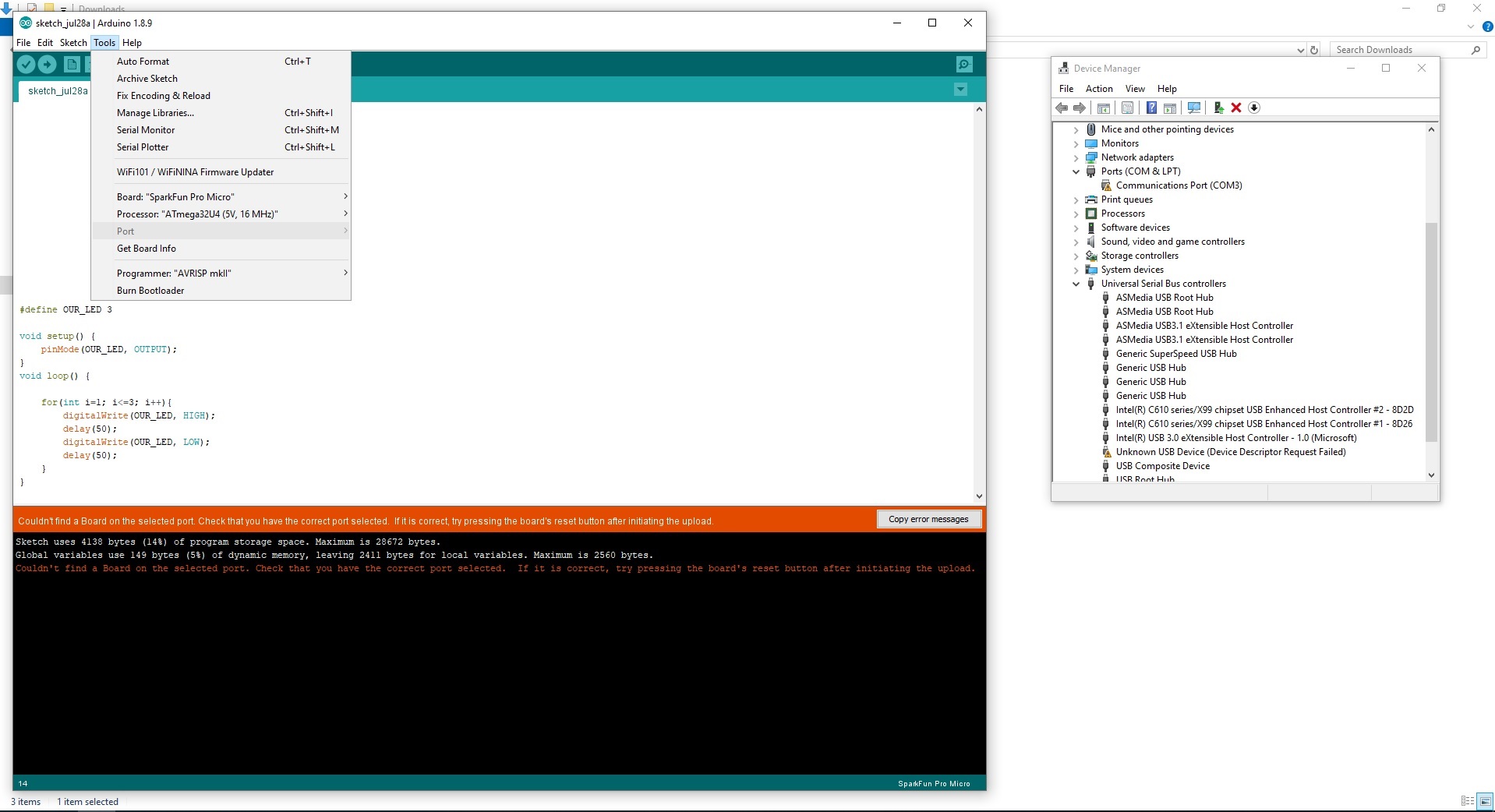 If the sketch doesn't provide one, or if the sketch isn't running (for example if it was compiled for the wrong board by accident) then you will never see a serial port.

Since the "normal" way of resetting the board to enter the bootloader (which does present its own serial port) is to open the serial port at 1200 baud, since you don't have one to open it's kind of hard to get to the bootloader. However, depending on what bootloader you have installed there are a number of options that can help you:

Not the answer you're looking for? Browse other questions tagged programming led or ask your own question.