Im using an arduino uno and a sim 900, the simcard is setup and working as I can make a phone call to it and it rings.

The sim 900 is powered via the power jack and the uno is currently powered using USB.

I am trying to print out incoming text messages however with serial monitor open I only see "Initialising...". 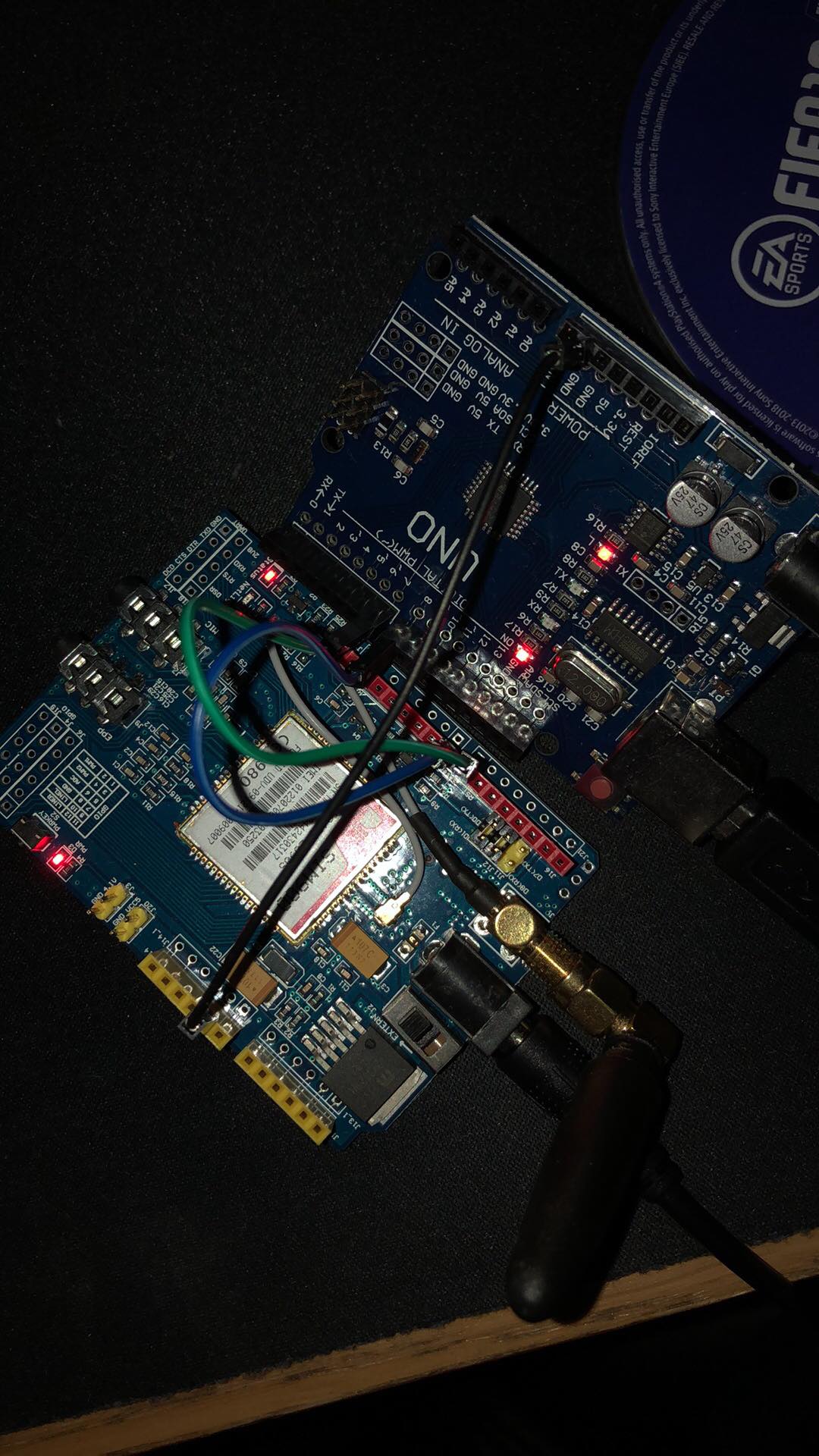 I cant for the life of me figure out why its not printing anything else out? Can anyone give me any guidance or what to check?

The 'Initializing' printout happens because that is sent directly to the UNO's hardware serial port. The rest doesn't happen because it is directed to the SIM card via SoftwareSerial pins 7 & 8, and the SIM card apparently isn't responding.

Cut the problem in half: Connect pins 7 & 8 together, and run your program again. If you get "AT" and the rest, then you know the 'MySerial' port is active and working correctly, and the problem is in the SIM 'half'. Maybe you have an incorrect wire connection there, or maybe the SIM card's default serial rate isn't 9600, or something like that. YMMV ;-).

As a test, I ran your program on a UNO, with a jumper wire between pins 7 & 8. Unfortunately this did not work, but now I knew that the problem had nothing to do with the SIM shield. The result wasn't what I expected, but now I had 'cut the problem in half'.

Now that I had determined that the SIM card wasn't a factor (so far, anyway), I could concentrate on the 'UNO half'. After some web research I found that 'Software Serial' doesn't support 'loopback' (looping the transmit line back into the receive line) because it cannot simultaneously transmit and receive. Fortunately, the 'AltSoftSerial' library by Paul Stoffregen does support simultaneous transmit & receive, and so will support loopback.

So, I installed the library on my Arduino setup, and compiled and uploaded the example shown below.

After uploading the code, I 'looped' pin 9 back to pin 8, and found that when I sent characters to the UNO via the hardware USB port, they showed up again 'echoed' to the serial output after having traversed the AltSoftSerial port 8/9.

So at this point I have solved the UNO 'half' of the problem; the rest is up to you! ;-)

Not the answer you're looking for? Browse other questions tagged arduino-uno gsm or ask your own question.

0
Several SIM with Arduino GSM/GPRS shield
1
Sim800 sim card requirements
0
Printing the messages having problem in SIM 900A to Arduino
1
Any way a GSM sim 900 can still work (USA)?