I'm trying to re-use a piece of example code I found here:

And I only have 5 LEDs in my strip, so I changed the define NUM_LEDs to 5, but when compiling with that value, I get a compilation error. with the define at 6 it works tho, but the 5th LED wouldn't turn on. Here is my code:

So in the code, I've set the first LED to green, seccond one to red, third one to blue, 4th one to yellow, and the 5th one to white. As you can see in the picture they all light up correctly but the 5th one which stays blank, and I don't know why. I have tested this LED individually and it works perfectly well so it's not a hardware problem. I would encourage anyone who wants to test this code on 5 LEDs and let me know if it works for them, I'd be surprised it it did, but if you have a better solution for me, I would appreciate it. 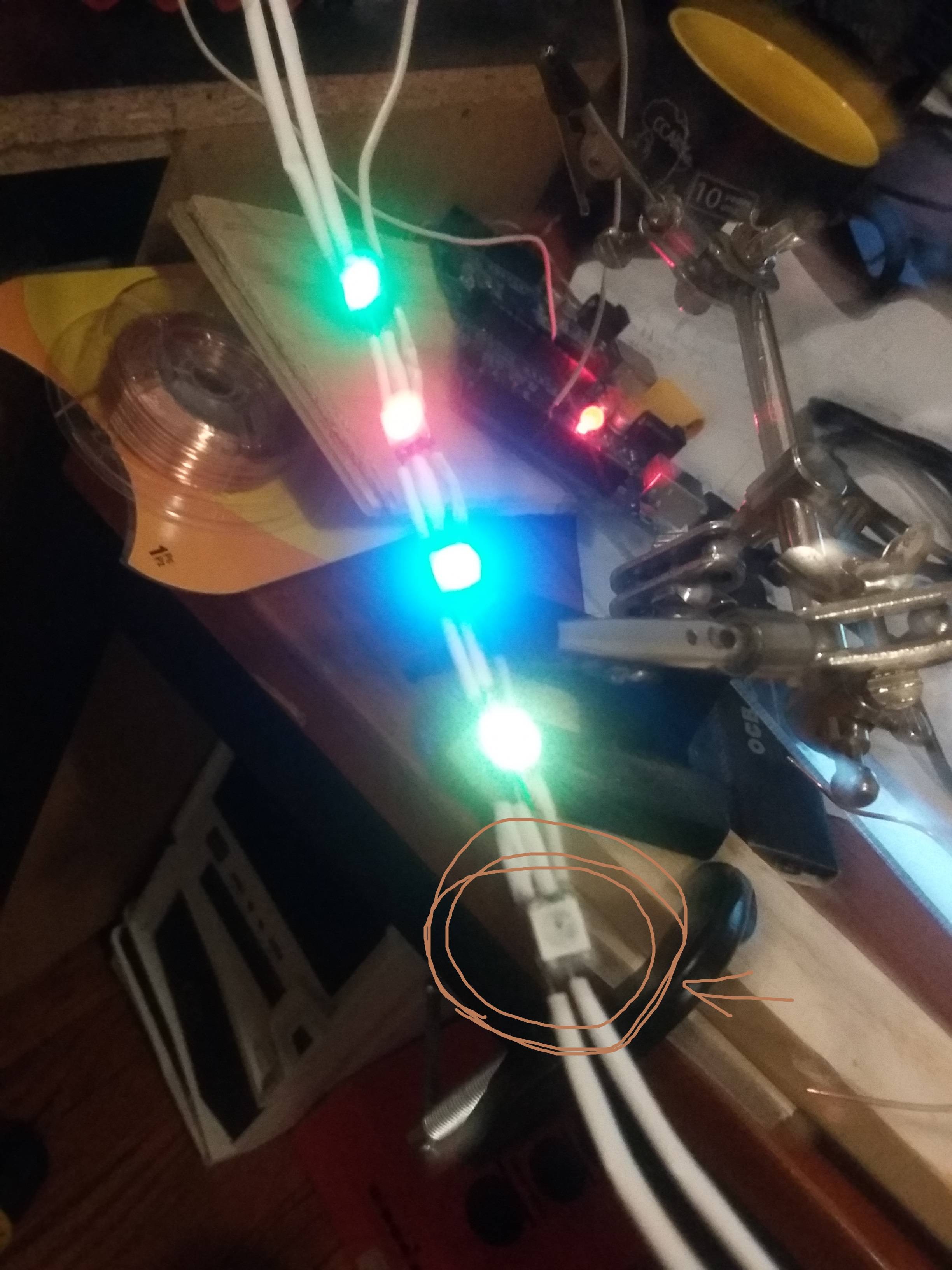 Browse other questions tagged ws2812 or ask your own question.